Breaking report >> Rollins is now a stranger to the truth!

Nassau, Bahamas — Bahamas Press now stands concerned that a sitting Member of Parliament may not be ‘well enough’ to sit in the Honorable hall of the House.

Last week Wednesday when Andre Rollins sat in the Parliament witnessing the Gaming Bill having its first reading, he saw it was time for him to begin his opposition to regulating Gaming in the Bahamas.

Despite his support of it in 2013 and again in June 2014 in the House, Rollins shared last week how he could not support the bill in its present form and argued that it amounted to corruption.

In the Parliament last week he told reporters this: “Contrary to public belief, even though I was chairman of the Gaming Board, I was not ever a part of the process to revise this Bill…”. Stick a pin there. He said this on the Wednesday at the first reading of the Bill to Parliament, and guess what? That was a boldfaced lie.

Bahamas Press can not only confirm that was a lie, but we add it was a deceptive lie told to members of the media. But why the lie though?

Bahamas Press can confirm that, just days before the tabling of the Bill, Prime Minister Rt. Hon. Perry G. Christie called a Parliamentary meeting with all concerned -including Andre Rollins – to tidy the bill and bring consensus among those opposing the bill in its present form.

We understand all MPs present at that meeting were heard, their positions shared, the bill tidied to accommodate those views and, at the end of that meeting, all MPs were onboard for a YES support of the Gaming Legislation. We can tell you during that final session Rollins assured his colleagues that he had no more concerns with the legislation and would support it in Parliament. 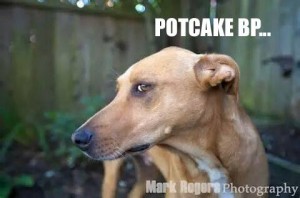 And so what happened between that Parliamentary meeting and last week in the Parliament cannot be explained. Rollins lied to his colleagues. He told an untruth to members of the Press and this Wednesday he was nowhere to be found in the Parliament.

Since that piss slap from Loretta in the House, the boy looks as if he has lost his marbles and manhood. He cannot face the truth nor tell the truth these days.

Rollins the MP who has not appeared in a constituency meeting for over a year with his branch, was ordered recently by his elected branch council to cease and desist his broadside attacks against the Prime Minister and the PLP. But last week Wednesday he repeated the same. And now something must be done. He has no tie to his branch and by extension to the National Party.

Why he failed to show up at the Parliament on Wednesday is indeed interesting, but we hope some members of the press seeing this would ask him this question for BP: Did he tell his Parliamentary Colleagues he would support the Gaming Bill? And if Yes, why the 180-degree change of mind last week Wednesday?