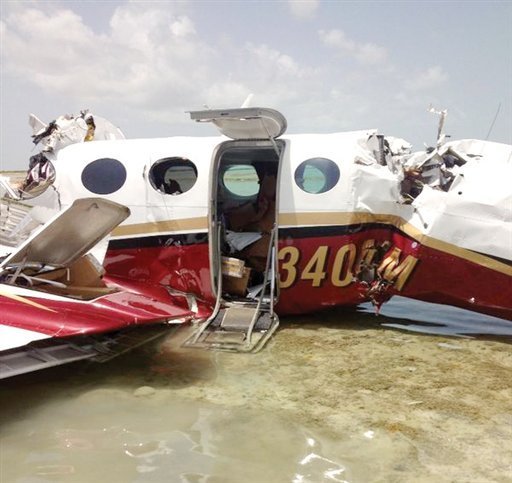 Nassau, Bahamas — The four men who died in a small plane crash in the Bahamas were from Florida, police said Wednesday.

Carlson and Haines lived in Ormond Beach, Florida. Kennedy was from Deland, and Sokolowsi was from Clearwater.

Assistant Police Commissioner Emrick Seymour said the cause of the crash remained under investigation.

The Cessna 340 crashed into shallow water Monday on approach to Freeport on the island of Grand Bahama, about 70 miles east of Florida. It had flown from Ormond Beach Municipal Airport near Daytona Beach.