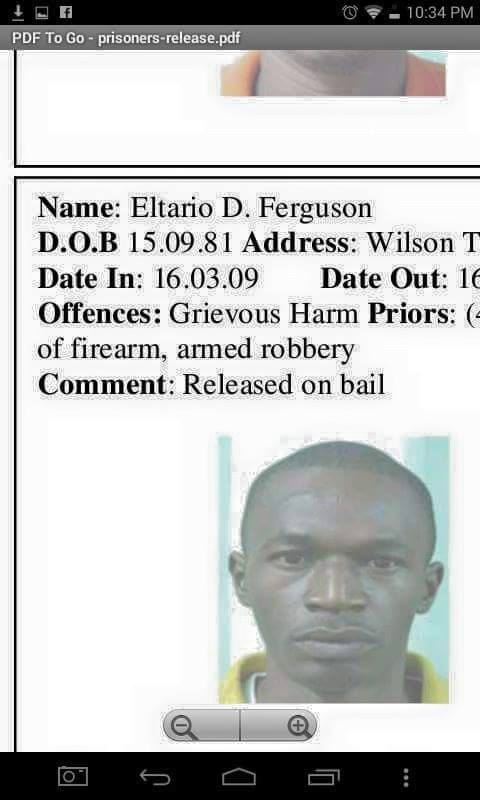 Nassau, Bahamas – A man shot and killed earlier today in the Wilson Track area is said to be a career criminal and one of many released on bail in 2009.

BP has identified the murder victim to be Eltario D. Ferguson. He had been detained for almost every type of crime in the book and before his death, it is alleged that he was the gunman behind a number of murders. Well today was his day.

He was walking around free and single. Boy, life has a way to pay back… As my good mah would say, ” If you live by the sword you shall die by it!”