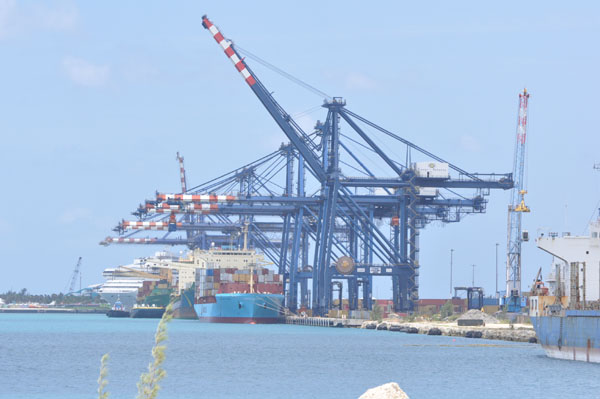 Prime Minister of The Bahamas, the Rt. Hon. Perry G. Christie on Wednesday painted a bright future for the Northern Bahamas during the 2015/16 Budget Communication in the House of Assembly.

The Prime Minister said Resorts World Bimini has launched its soft opening of the 305-room Hilton Hotel and when completed will be staffed by some 700 Bahamians. The owners are also constructing additional housing for employees. Bimini continues to outpace growth in all other Family Islands and is considered the fastest growing destination in The Bahamas.

On South Bimini, the National Economic Council is giving final consideration to the acquisition and redevelopment of the existing Buccaneer Hotel, acquiring adjoining property to be redeveloped as a first class resort at a cost of $100 million.

He said, “In order to ensure the orderly development of Bimini, extensive work has been done on a detailed Master Plan taking into full account community needs and expansion for the foreseeable future. All present and pending development will be required to comply with the Master Plan. The National Insurance Board is planning the construction of a new Government Complex to meet the needs of this growing community.

“Adjacent to Bimini at South Cat Cay, the national Economic Council has given approval in principle for the development of a $94 million boutique hotel, high end residential development and marina by South Cat Cay Properties (Bahamas) Limited.”

In Grand Bahama, the Prime Minister outlined planned renovations and expansions. He said Hutchison Whampoa has announced a $5 million investment to renovate Lighthouse Pointe Hotel to refurbish the 198 rooms, suites and associated facilities. This venture is expected to be completed in November 2015 in preparation for the winter season.

He mentioned the boost in arrivals from Canada and the United States with Sunwing Airlines, the first flight from Houston arriving recently.  Bookings are well ahead of last year’s.

There are also plans on for a new cruise port and development in East Grand Bahama, and the government is progressing with its negotiations with Carnival Cruise Line and Freeport Harbour Company. “Heads of Agreement should be concluded in the coming months on the project which will greatly expand arrivals to Grand Bahama, create hundreds of construction and operational jobs and positively impact the local economy.”

Prime Minister Christie added that also, in East Grand Bahama, Deep Water Cay owners are continuing in their planning and negotiation with the Government to develop a Six Star Six Senses operated boutique resort which will be a major expansion of their current fishing and residential community

Another expansion is in the industrial sector in Grand Bahama. “Mediterranean Shipping has recently confirmed that it has agreed with Hutchison Whampoa the early startup of the $250 million expansion to the Freeport Container Terminal, which amount might be increased. According to the Economic Input Study which Mediterranean Shipping has now presented to Government, the annual economic impact will produce a net benefit of 600 direct and indirect jobs.”

The Prime Minister also announced the government is in negotiation with MSC Shipping on leasing an island for the creation of an exclusive port in the Northern Bahamas for their new cruise ship fleet, in addition to calls at Nassau; the creation of a maritime training facility for Bahamians in Freeport and the hiring of Bahamians on board their ships, thus providing training and employment opportunities for hundreds of unemployed youth.

The nation’s leader then turned his attention to the Hawksbill Creek Agreement, and said, “The Committee appointed to review and make recommendation on how to address the expiring tax incentives in Freeport, Grand Bahama, is expected to complete its report with recommendations to Government within the next two weeks. My Government will coalesce around strategies to propel the Island to a new stage of diverse domestic and FDI developments.”

Good news came for west Grand Bahama, when Prime Minister Christie said construction will begin on a new high school to serve that area. The facility, he said, will provide an economic and educational boost for the community, and added the school will also have the sporting facilities necessary.

Addressing investments in Abaco, the Prime Minister said the ultra-exclusive Baker’s Bay is reportedly proceeding with a $105 million capital expansion “that will ultimately be a $2 billion investment project with 900 employees at full build out. To ensure additional employment for Abaconians, the developers are also embarking upon a skills training programme in conjunction with the Government.”

A $348 million expansion is planned for the Abaco Club at Winding Bay as members recently joined with Southworth Development Company as the new owners of the resort.

The Prime Minister added, “MLCSD Limited has acquired the 50-acre Matt Lowe’s Cay for construction of a high end Aman Resort property in the Abaco Cays with 800 jobs generated in the hard construction phase and 200 permanent jobs when operational.”

He added, “Seneca Industries (Bahamas) Ltd has acquired Baker’s Cay and Grand Cay in the Abacos for development of an eco-friendly resort and marina. This would provide a much needed economic stimulus for the nearby North Abaco community of Grand Cay and other settlements.”