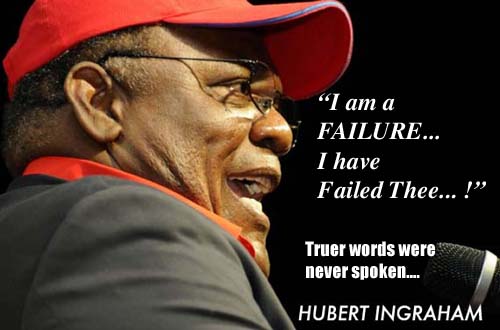 A major unanswered question of 2014 is why did former Prime Minister Hubert Ingraham response on the disclosure of the $325,000 kickback allegedly to a BEC Board member was NO COMMENT!!!

Was it unreasonable to expect Hubert Ingraham to strongly condemn the kickback and to repudiate those responsible. After all it was Ingraham who accused the PLP of having its hands in the cookie jar and worst?

Was it unreasonable to explain why his Government rejected the unanimous recommendation of BEC to award the contract to the Korean Company?

Was it unreasonable to expect Hubert Ingraham to demand the recipients of the kickback to return the funds to the Government with interest without delay?

Was it unreasonable to expect Hubert Ingraham to apologize to the Bahamian people for the sizable losses incurred by BEC occasioned by the purchase of DA 11 and DA 12 Generators? which continues to cause the Corp major problems.

Does Hubert Ingraham still hold the view that his former Deputy Frank Watson is the only HONEST man in his then Government?