BP is now on the paper trail and the evidence is leading to the feet of the Island Administrator!

Eleuthera, Bahamas — Bahamas Press at this hour is standing just outside the St. John’s Anglican Church in beautiful Harbour Island where our investigations have led us to the residence of Family Island Administrator.

Now this is the second investigation of its kind conducted by the BP team where we have evidence to conclude that an employee of the government is raiding the cookie jar on the island of Eleuthera.

Just like the former Chief Councilor for the Island of Bimini, we have uncovered a similar trend in Eleuthera where huge cash sums have been paid out of the account on the island to individuals who have no contractual arrangements with the local or central government authorities in the community.

Our detailed audit reveals a telling story of how some close friends connected to the local official were paid repeatedly without any paper trail showing why the funds were authorized and/or for what services were they paid for.

Bahamas Press has reason to believe, following our explosive investigative exercise, that the said administrator is being protected. And here are some facts that affirm the same: many of you may recall how this same administrator fled for his life from an island down south, which we refer to from time to time as the “Dirty South” [Mayaguana]. In that escape the Administrator was caught with his pants down, fooling with another man’s wife. But check this out…

As we focus on his present tour of duty in Eleuthera, we can confirm more than $150,000 in funds have vanished from the island’s account.

Combing through more than 50 pages of logged expenses, we can reveal that there is a recurring pattern here that still cannot be explained. Here’s just some of the examples of what we know:

On the 19th of March, 2014, the books revealed how cheques #3360 and #3376 in the amounts of $10,000 each were paid by the Administrator to Richard Johnson and Pharis Cash respectively. However, when they were logged in the registry, there was no explanation given for the payments.

When asked what the men did to receive the funds, no one can tell us. Further to that, none of the men were employed or engaged by the Local Board or the Central Government at the time payments were issued. But there is more.

Additional cheques were again awarded to both men on May 27th, 2014, just eight days later. BP can reveal how cheques #3430 was paid in the amount of $10,000 to Pharis Cash and cheque #3431 to Richard Johnson by the Administrator on the same day. With no explanation for the payment and nothing said as to how persons not contracted by the government for any service were paid such huge sums of public money!

Further to these persons, Bahamas Press has identified how cheque #3498 was paid to one Dashiel Roberts in the amount of some $4,000 on the 12th June, 2014, and an additional cheque to one Cruz McIntosh on the 27th of May and again on the 4th June, 2014. Both of the individuals were not employed or engaged by the Local or Central Authority at the time. This is not good.

Bahamas Press wonders who will take up from where we have left off and we wonder how long will the Island Administrator, who has much explaining to do, take to account for his actions?

And so here we go again, while Bahamas Press is looking out for your interests around the country, those in the ‘wutless’ media are again asleep on the job, and when waking seeking out persons like Branville ‘DA JOKER’ McCartney to talk crap day and night. Give us a break! 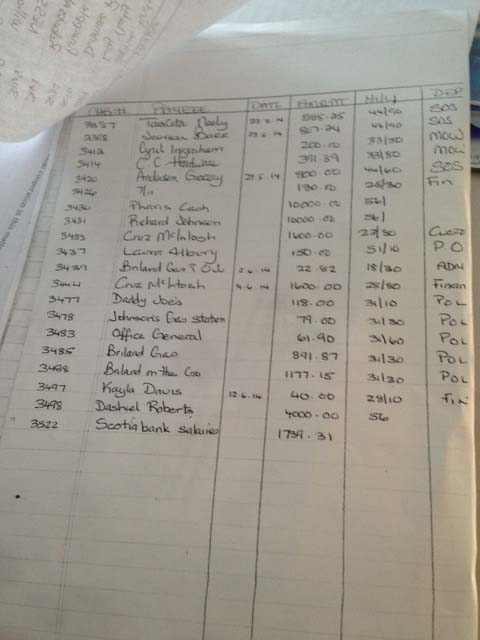 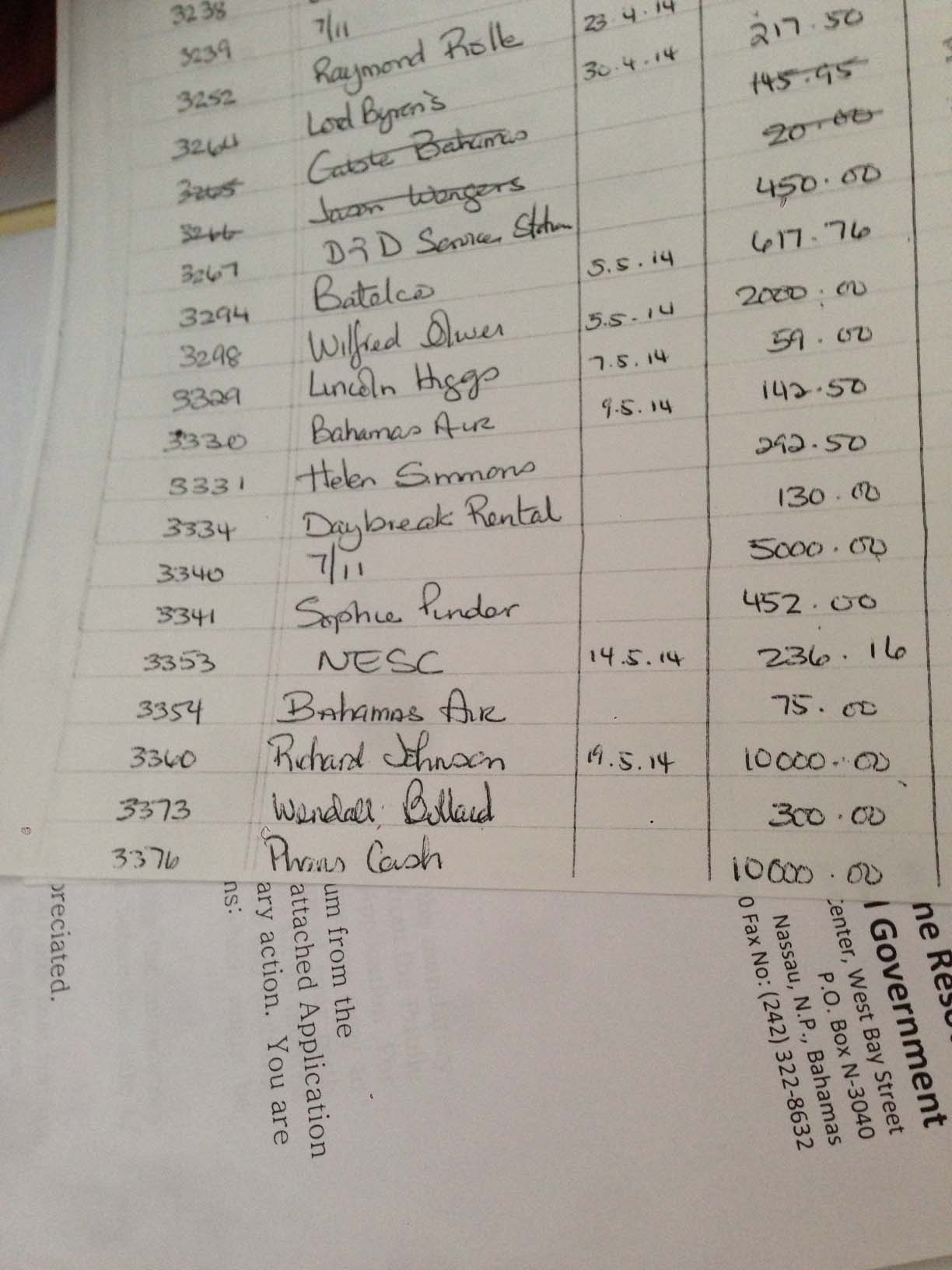