Bahamas Press was quietly scaling the walls of the Attorney General’s office in search of the buzz around town – on the soon to be announce – Barnett’s resignation at the office. Now we know members of the WUTLESS MEDIA tried their best to put a spin on what is going on inside that office. We know they were trying to help Barnett in his sudden escape out of the back door at the postal building, but they fail to remember there is but one investigative team in this town and it’s Bahamas Press.

On July 24th last year we delivered a story, which was publish under the headline, “A Sexual Predator in the Attorney General’s office”. In that article, we scolded the then newly appointed AG [Barnett]. We warned then Barnett has a serious problem with accepting the word “no” from females in the work environment, particularly when it comes to his lewd, obscene and vulgar sexual advances.

Barnett, on at least two occasions, forced his private law firm, Graham Thompson, to settle such matters with female employees, before the Courts where asked to intervene. If the female victims had not already been compensated for the crimes perpetrated on them, Bahamas Press would’ve been very happy to name them, since we named the ‘sexual predator’. When we reported that story, we told the women of The Attorney General’s Office, Beware! 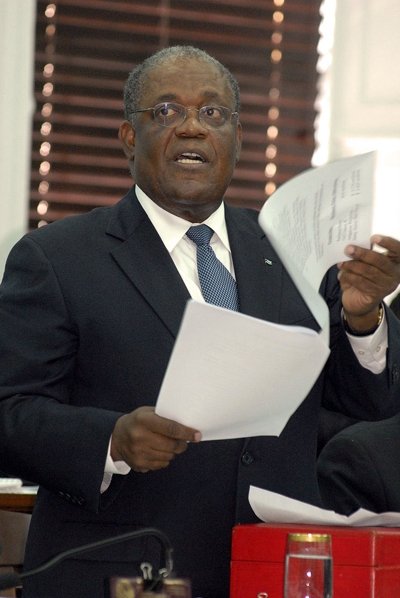 We know Barnett very well. On July 28th, 2008, we said on this blog, “The Bahamas has now decided to leap frog into the picture and appoint a SEXUAL PREDATOR, MICHEAL BARNETT as Attorney General of The Bahamas.” The Bahamas could not be serious by this appointment! No wonder why, we said, men in Grand Bahama and Nassau and all over the place are dropping their pants in front of little black and white school girls and boys. Barnett’s appointment, we argued, was almost as equal to LEGALIZING RAPE IN THE BAHAMAS! Rapists, we said, are having a celebration; victim after victim, now Barnett is AG, and boy our prophesy didn’t fail.

Today we are hearing all kind of stories; More than 20 boys molested by a veteran teacher name, Andre Birbal, and three more incidents of alleged rape at the Eight Mile Rock School alone. Another incident of molestation by teacher at the Sir Jack Haywood High School who molested his own niece. A police officer at the Central Police Station who raped a 15 year-old girl whilst she was being held in the cell. The autopsy report on the death of the 5 month old baby girl has not yet been published, even after the police say the child was molested and died as a result. And now we hear of this latest report of a police sargent who molested his own daughter.

We warned the Prime Minister and said when he appointed Barnett that he was making a BIG MISTAKE! Hubert Ingraham didn’t listen, but guess what? Barnett will be removed now, and here’s why.

On June 15th, 2009, this year, Bahamas Press reported and confirmed that a senior lawyer in the office of the Attorney General has filed a sexual harassment complaint. We learned that the senior lawyer reported the matter two weeks after the harassment incidents occurred by a member of the bar. The male lawyer is said to be relentless in his advancements and continues to SEXUALLY HARASS women in the government department.

BP has learned that the female lawyer also wrote a letter detailing her complaint to one of the WUTLESS media companies. We now understand she has went on leave from the AG office. Her letter has yet to be published nor was the story ever followed up by that WUTLESS NEWSPAPER!

When we broke that story we asked the following questions;

Well guess what, we’ve learn that that complaint has now reached the desk of the Prime Minister. Hubert Ingraham prior to this incident told parliament, during the debate to appoint a select committee to investigate sexual molestations at the Eight Mile Rock High School, that for the first time in the history of The Bahamas a senior civil servant will retire for allegations of sexual harassment. That civil servant we now know was sent home from the Post Office. That person held the office as the Post Master General. However, the second one to be sent home will be the the individual occupying the 7th floor in the post office building, The AG!

Readers should not believe for a minute the rumors they are hearing that Micheal Barnett will become the Chief Justice of The Bahamas. There is no truth to it! Ingraham is no fool and it is another DAMN LIE now being orchestrated by members of the WUTLESS MEDIA.

Barnett will be fired from the constitutional post on the merits of a SEXUAL HARASSMENT COMPLAINT emanating out of the Attorney General’s office. The AG will be removed by the Prime Minister, because the office holder is now tainted, and could face jail if the accusers proceed further with their action and embarrass the Ingraham government.

And so now you know, Hubert must remove Barnett and he AIN’T PLAYING.