Briland, Eleuthera – Fresh off the Sealink, the community of Harbour Island just received two old and beat up golf carts that will be used or pushed around the island on patrol by RBPF.

Briland is known for its pink sands, breathtaking beautiful scenery and the island of the rich of famous frolic. Will have police patrolling in beat up and old golf carts.

Hubert Minnis can pay a British QC $20k to try 3 cases, but cannot purchase new golf carts for the Briland police to use to fight crime and protect citizens. UNBELIEVABLE!

And after borrowing $1.7 billion dollars in 10 months in office, the public is curious and want to know what was the money spent on. Or better yet…Where is da money? 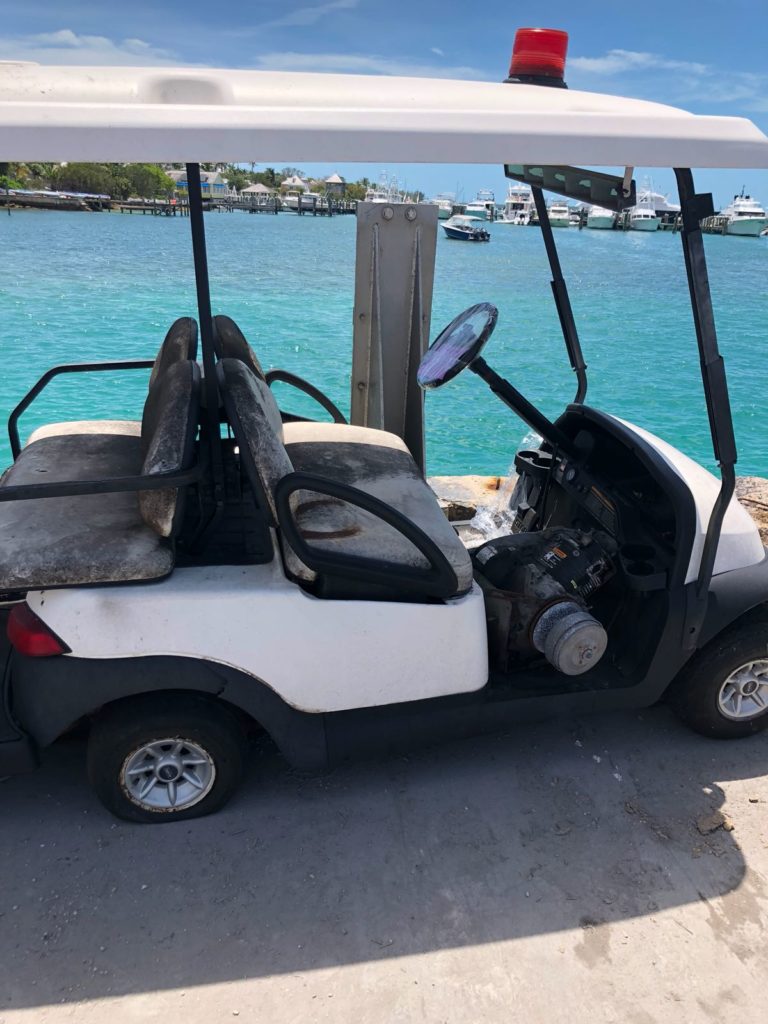