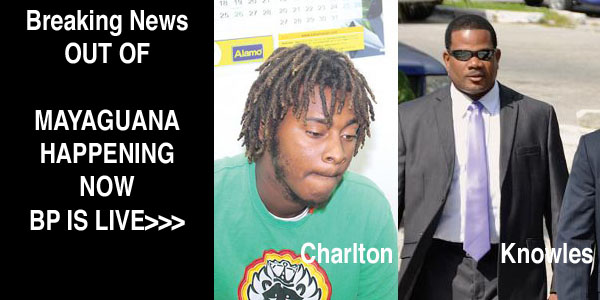 Nassau, Bahamas — Breaking News coming into Bahamas Press right now on the ground out of Mayaguana confirms 19-year-old Jacquan Charlton has been arrested for gun possession as that investigation on the island heats up.

We can also report that Paron Gibson, a young man who ran away from the Simpson Penn last year, has been also detained by investigators for knife possession.

But while these developments are going down, Bahamas Press has learnt the police officer at the centre of this investigation, Sterling Knowles, who was the prosecutor, complainant and arresting officer in the Charlton matter, has fled the island and has now gone AWOL! MIA! What in da hell is dis?

We understand that, even before detectives landed to investigate the developments on Mayaguana, Knowles left the island without notice and has yet to be located.

All we could say is this: The S#%#T has hit the fan! Stay Tuned!