Maynard Gibson is the first woman to be appointed Queen’s Council in the Bahamas! 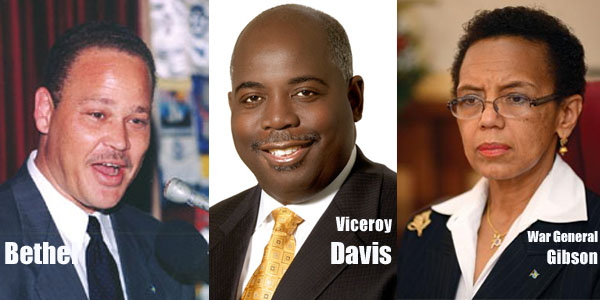 Topping the list we can report is Christie’s Chief Advisor and Viceroy, a man who delivered the deadliest and most merciless elections victories for his party – Hon. Philip Brave Davis!

The Viceroy, who is now Acting Prime Minister as Christie is set to deliver new opportunities for Bahamians in China, was all smiles following the announcement. You would remember Hubert Ingraham slashed Davis off the list the last time Queen’s Counsels were appointed, naming all kinda “Johnny-Come-Lately” instead.

Allyson Maynard Gibson is now the first woman to hold the position in the Bahamas!

The Cabinet Office announced today that the Governor-General, Her Excellency Dame Marguerite Pindling, acting on the advice of the Prime Minister, the Rt. Honourable Perry G. Christie, has appointed the following members of the Bahamas Bar as Her Majesty’s Counsel (Queen’s Counsel), with the right to use the initials “Q.C.” after their respective surnames and to enjoy all the other rights and privileges reserved to members of the Inner Bar of the Commonwealth of The Bahamas. It was also announced that an additional group of new QCs would be appointed in the near future.

Listed in order of call to the bar, the following persons are the new QCs: