Documents flow and The FNM RUN – RIP OFF IN TOURISM HEATS UP!!!!

It has now been a full day since the PLP made the public aware of the Vanderpool-Wallace scandal at the Ministry of Tourism including the fact that the PM has not fired the Minister despite the compelling evidence of the Minister either having had more than one hand in the cookie jar or being unbelievable  incompetent.

We now detail how long Ingraham has been aware of this scandal.

Attached is a memorandum from the Permanent Secretary at the Ministry of Tourism in which that from as far back as 9 November, 2011 she was fighting with Minister Vanderpool-Wallace to end the sweetheart deal but the Minister kept refusing.  She went so far as to have candidly informed the Minister on 29 November 2011 that there were “fundamental breaches.”

Yet the Minister fought on and on 16 January, 2012 went so far as to have accused his own Permanent Secretary of having a “vendetta against TMA.”

Thus the PB reports that “on 17 January (2012) at 8:30pm I informed you verbally that I had bought the matter to the Secretary of The Cabinet’s attention.”

This is clear evidence that Ingraham had full details of this matter on or before 17 January, (2012).

Instead as acting as he has repeatedly told the Bahamian public he would and that is to cut off the Minister’s hand, he has simply done nothing and said nothing.

Just as he did with Minister Laing and the Mona Vie Scandal.

The old folks always warn us to be careful of those who find it necessary to always talk about how honest they are. 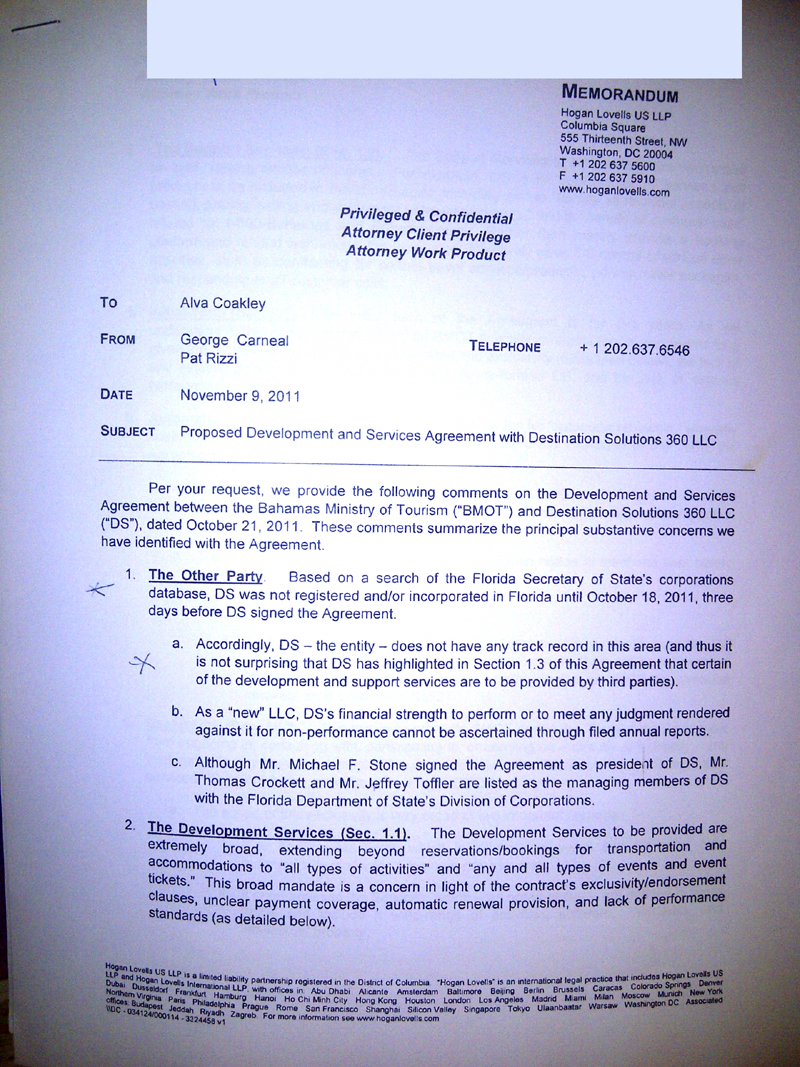 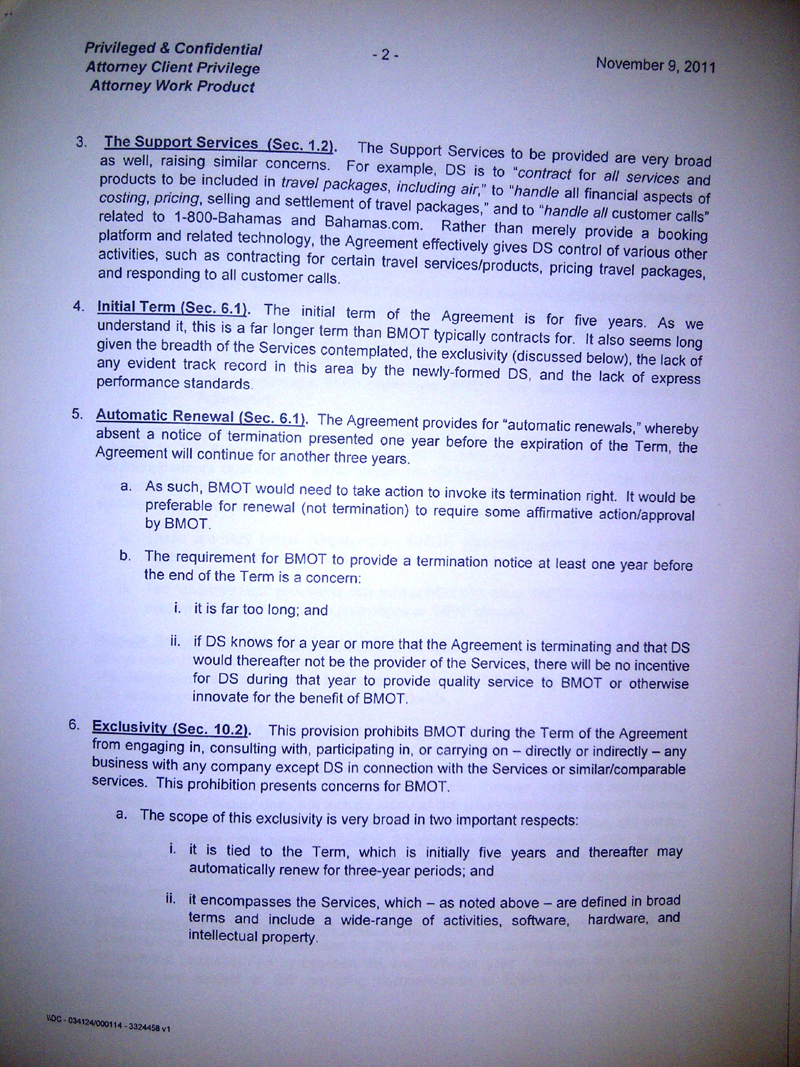 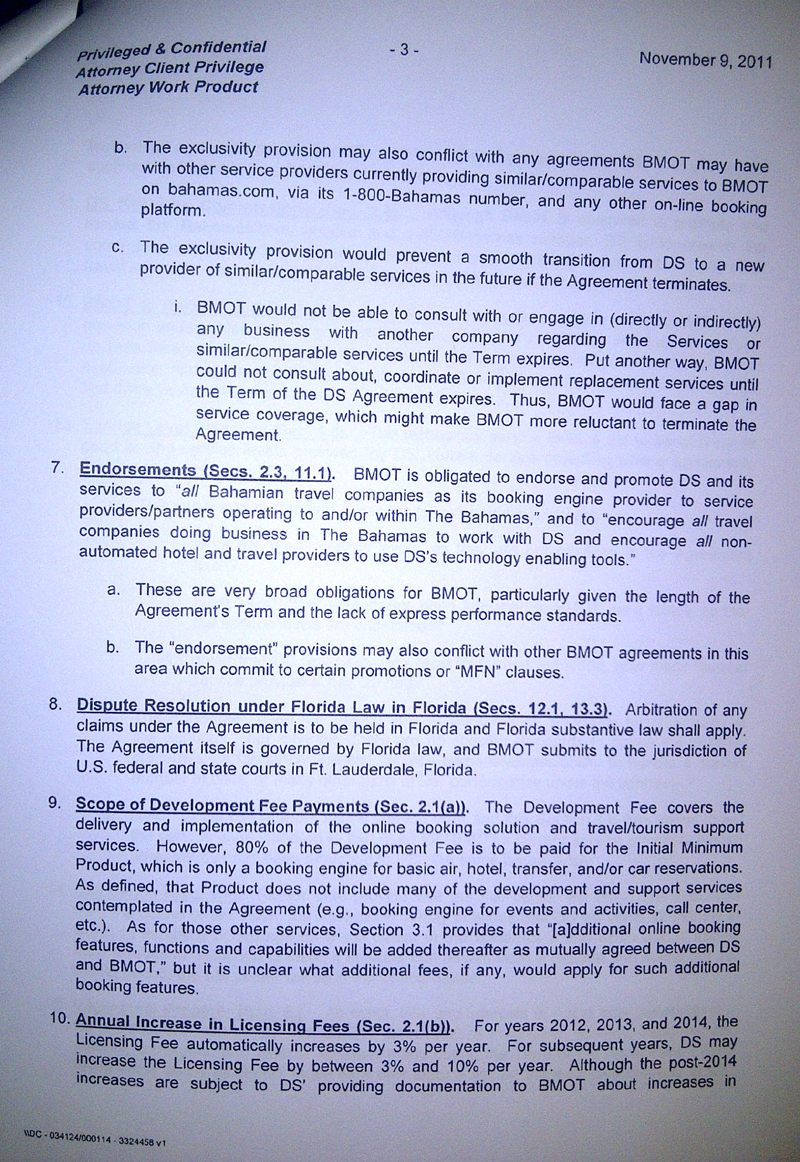 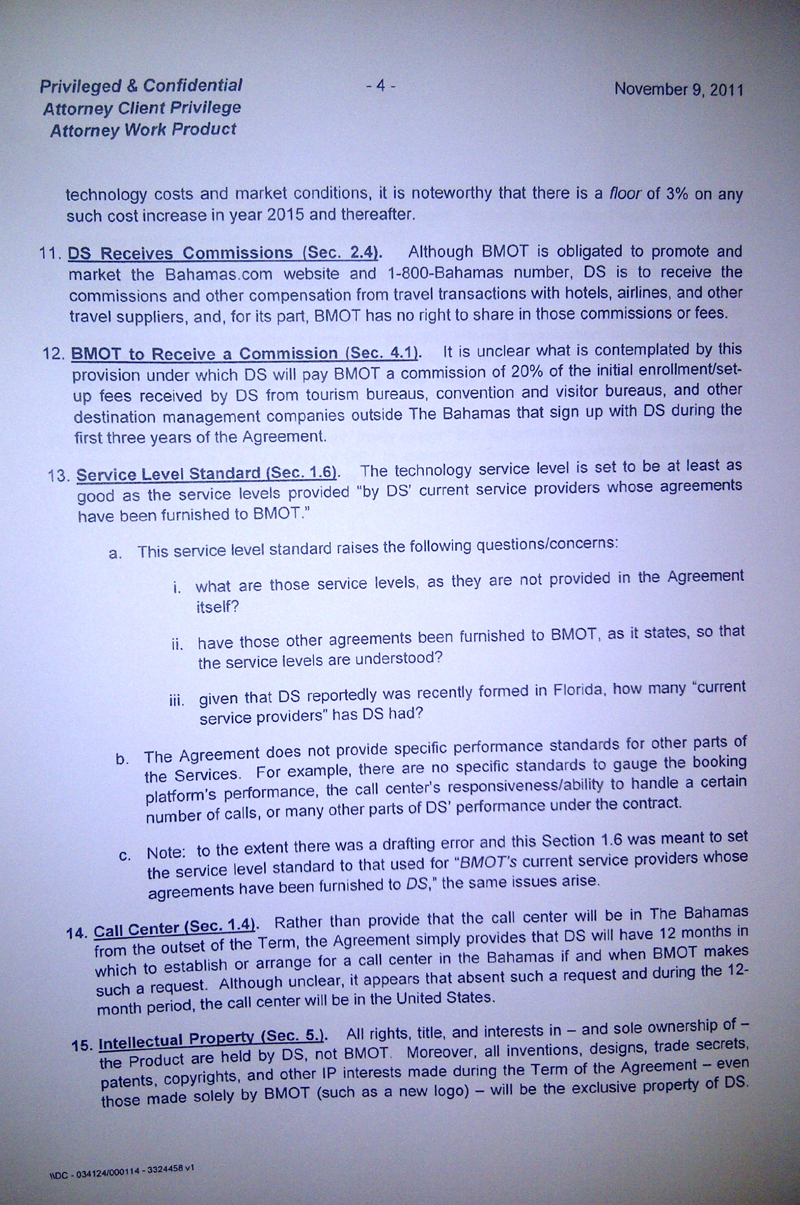 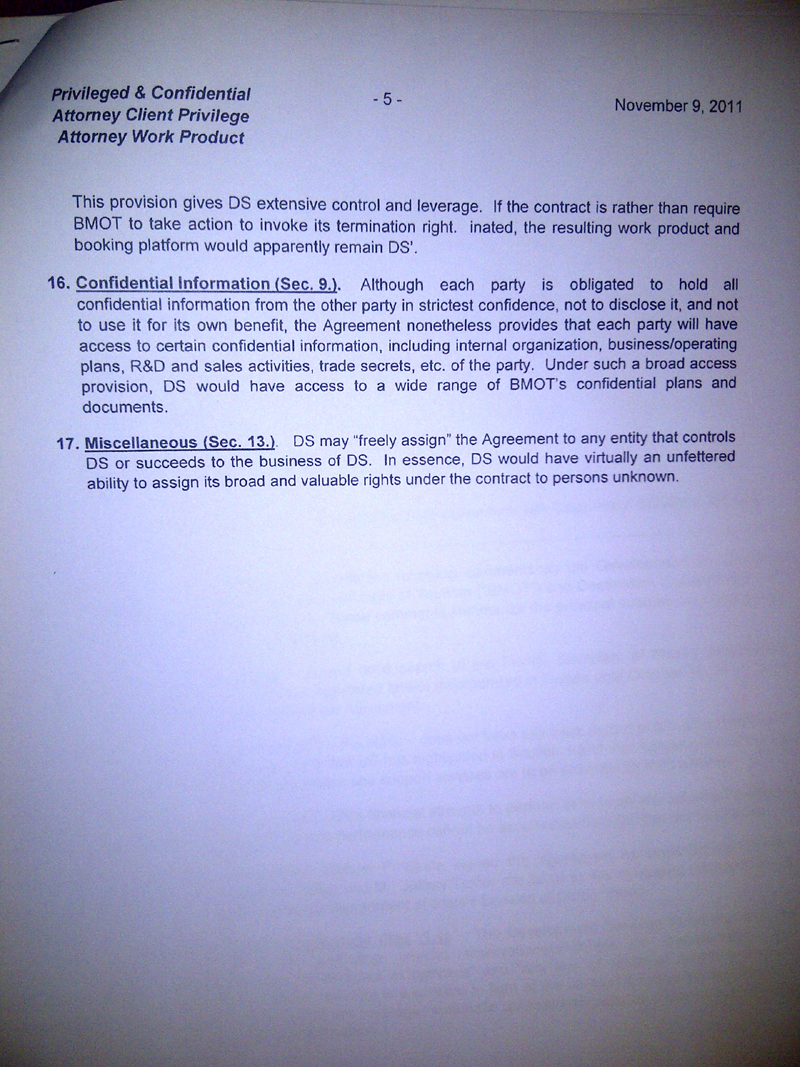