Politics makes strange bedfellows! FNM Government Punished the Church after they rejected its Gambling Regulations back in 2010 – but the Christian Council forgot what happened to them back in 2010

Regulations prepared for the Gaming Industry was completed since 2010! Why do we have to wait any longer to “VOTE YES” on the matter?

Now we have a treat for yinner this morning and, well, you know, we want to graciously thank our deep throat in the former Cabinet of the Bahamas who has never failed us!

After Wednesday’s announcement that the Free National Movement will come to the frontline of the “NO” vote, backing their silent partners in the Christian Council on the side, BP decided to give an old hidden source in the FNM a call.

We wanted to know why the FNM would go on the slippery slope and make the Jan. 28th Poll political.

The FNM argued that there is no regulation in place and therefore they asked the question: “What are we doing here?”

BP was shown, thanks to that reliable FNM friend, secret confidential documents only those who sat around the Ingraham Cabinet saw, and what we found is indeed shocking.

A Cabinet Communication marked Friday, 21st May 2010: file #C.O 2246 [das a good four ball] reveals a statement following a third meeting, revealing the findings of the Government as it concluded its decision to make legal the “Numbers” Business in the Bahamas.

In that filed document we found some interesting points that the Ingraham Government discovered after consultation with the stakeholders.

The Paper revealed to the Ingraham Cabinet that: “…the Law Enforcement Agencies have been ineffective in enforcing the laws against illegal gambling.”

It also added that: “The observation was made that most of the “numbers houses” have duly applied for and obtained Business Licences.”

It also noted that the Ingraham government was not prepared to react to pressure by the Church and close down the houses as “…the State itself has added legitimacy to these operations by accepting Business License submissions and issuing duly approved licenses.”

The communication put forward to the Ingraham Cabinet then revealed that it would “take steps to regularize these operators which have escaped national accounts for years.”

They [NUMBER HOUSES] made National Insurance Contributions and in one case one of the establishment regularly made contributions on behalf of 400 employees the Cabinet was advised.

But Bahamians do forget.

Who remembers what happened after the resistance from members of the Christian Council who objected to Ingraham’s planned idea to regulate the numbers business?

The same FNM Government – who are now in bed against the plan with the Council – hacked the Church like a Rwandan Tutsi rebel  for objecting to the then Government’s proposal and no one remembers how the Party took away subventions from all Church Schools in the country during that budget year, which was tabled just the following month.

That same year the same FNM Government in a broadside attack against Church leaders cut funding from the hospices; The Ranfurly Home for Children, The Children Emergency Hostel – St. Bedes, St. Anne’s, St. Johns, St. Cecilia, The Baptist Collegues and all other church institutions lost their grants with the then FNM Government.

That is what the FNM did to you!

UNTHINKABLE INDEED! That was the FNM’s punishment to the Church – the very church they walk with today.

Documents reveal the regulations were to be tabled in the Parliament on July 1st, 2010, but again, there was no courage around that table at the time to do what they knew best.

Anyway, BP advises our loyal readers who know this thing better than we can explain to read the details for yourselves.

Below is the communication in the Cabinet File and the regulations that were prepared by the FNM to govern the Webshop Business in the country. 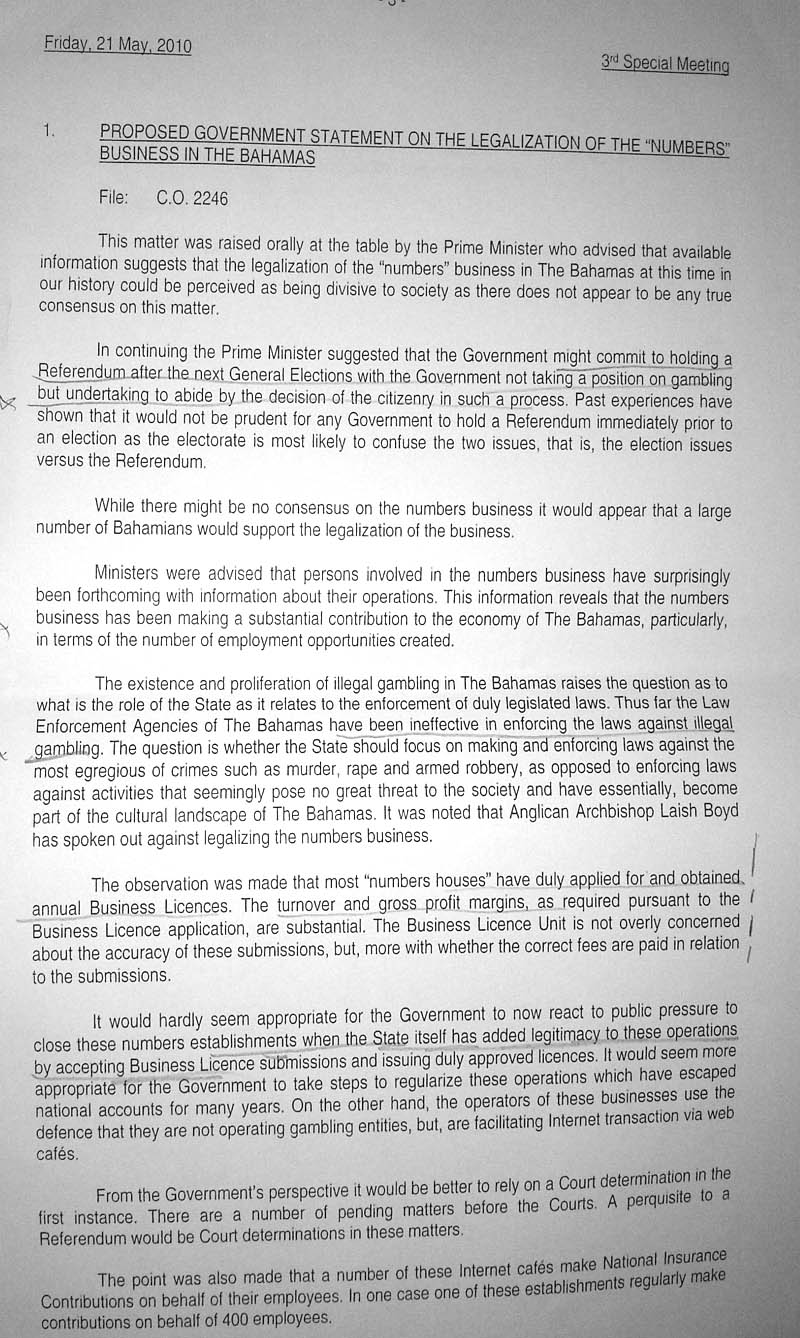 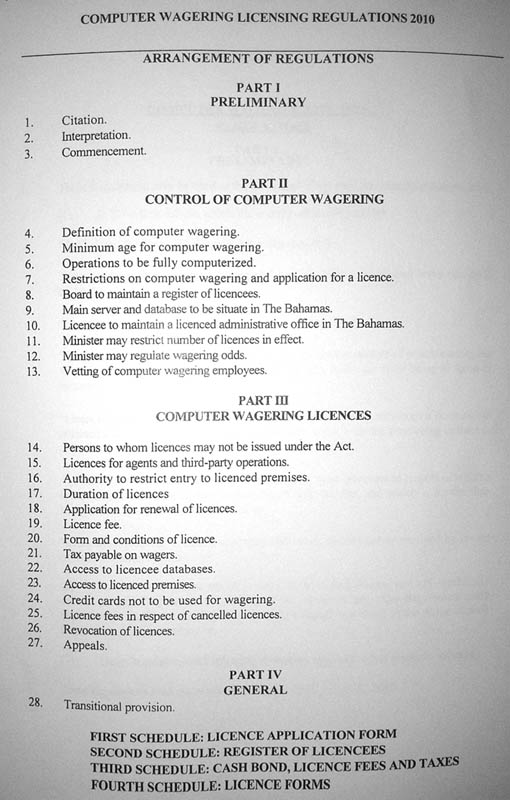 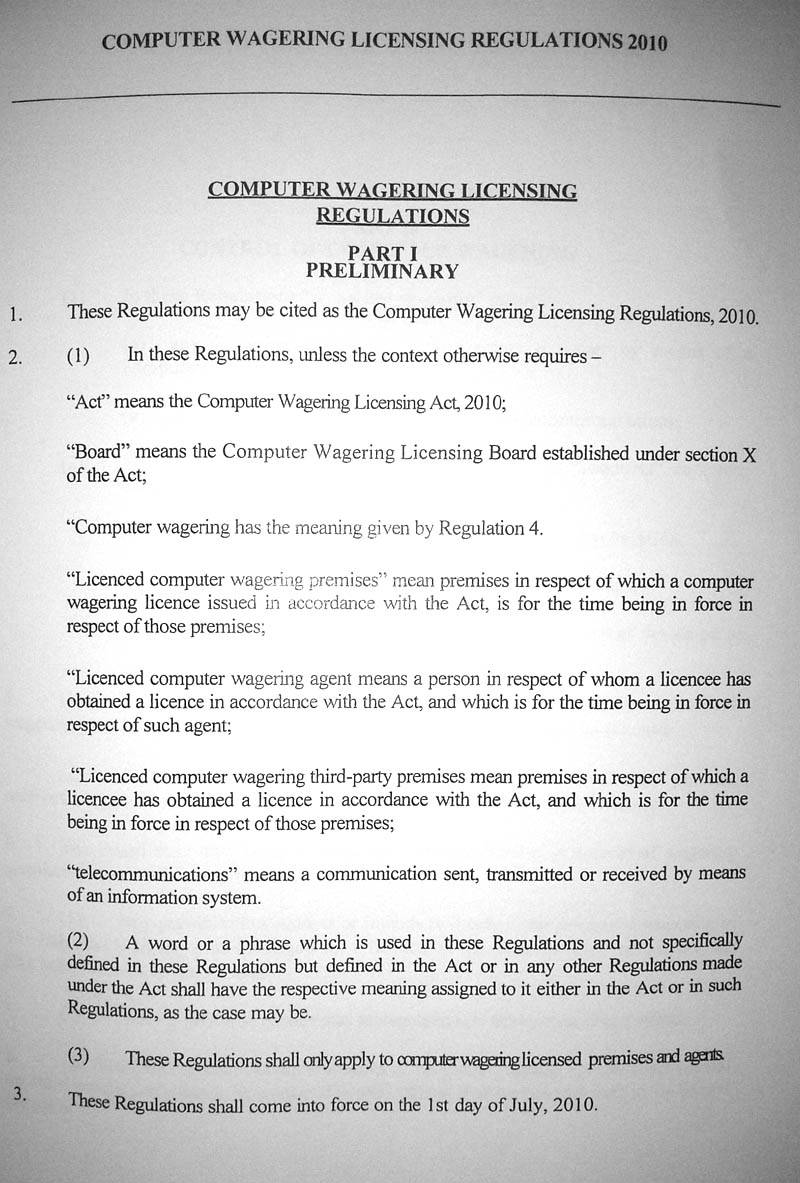 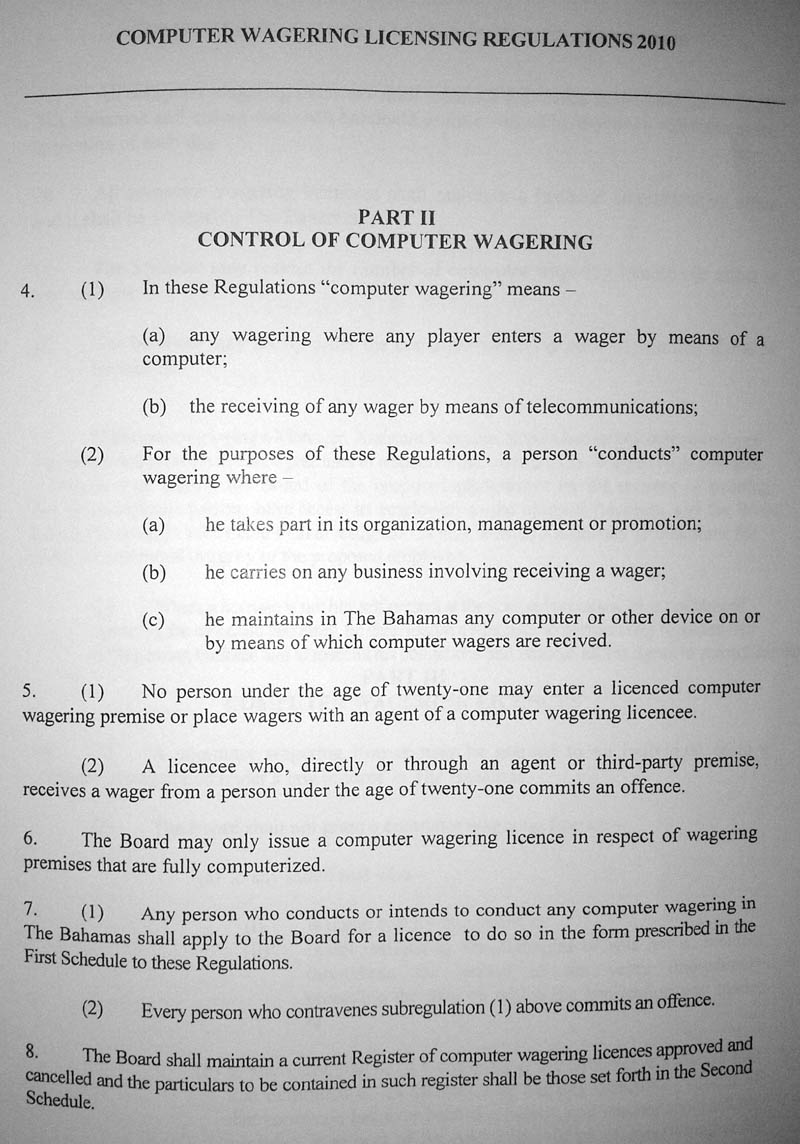 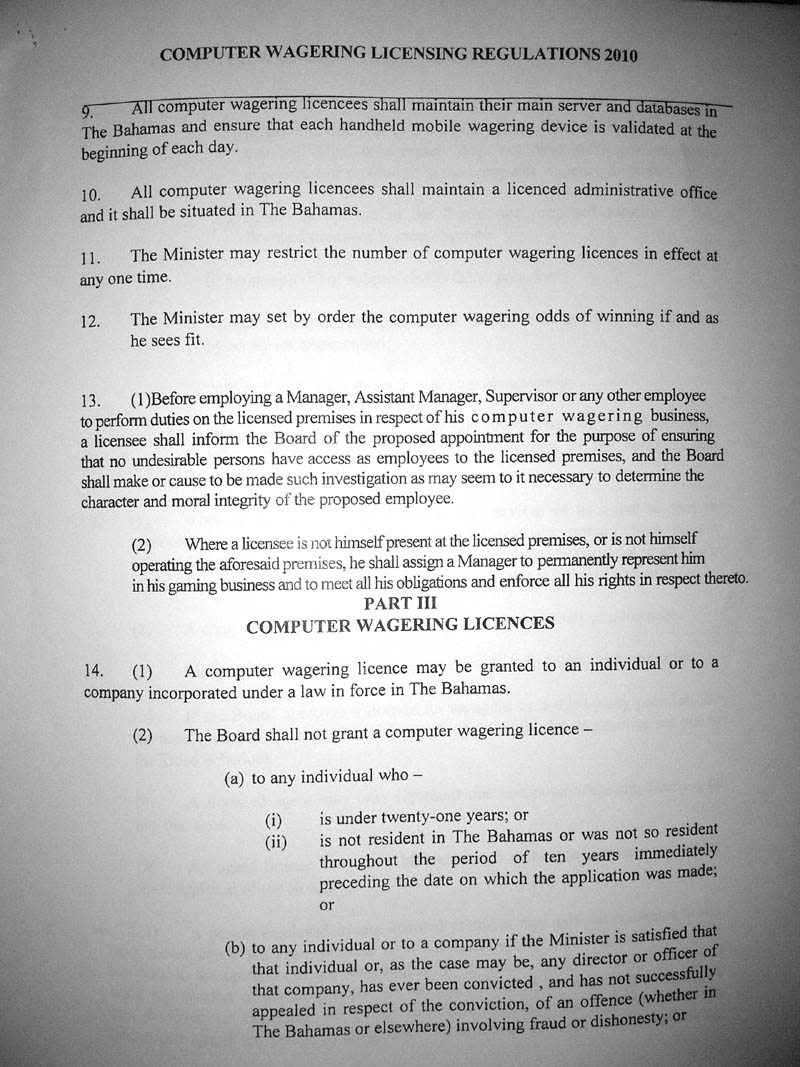 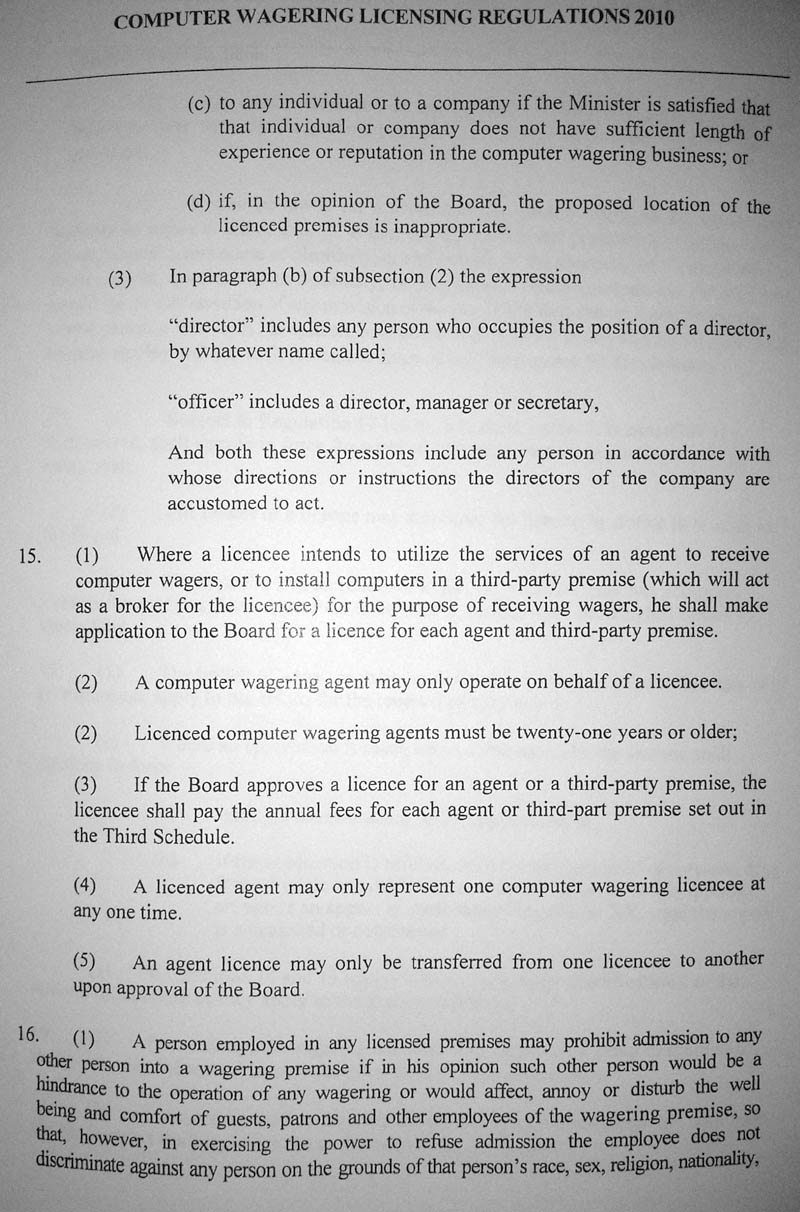 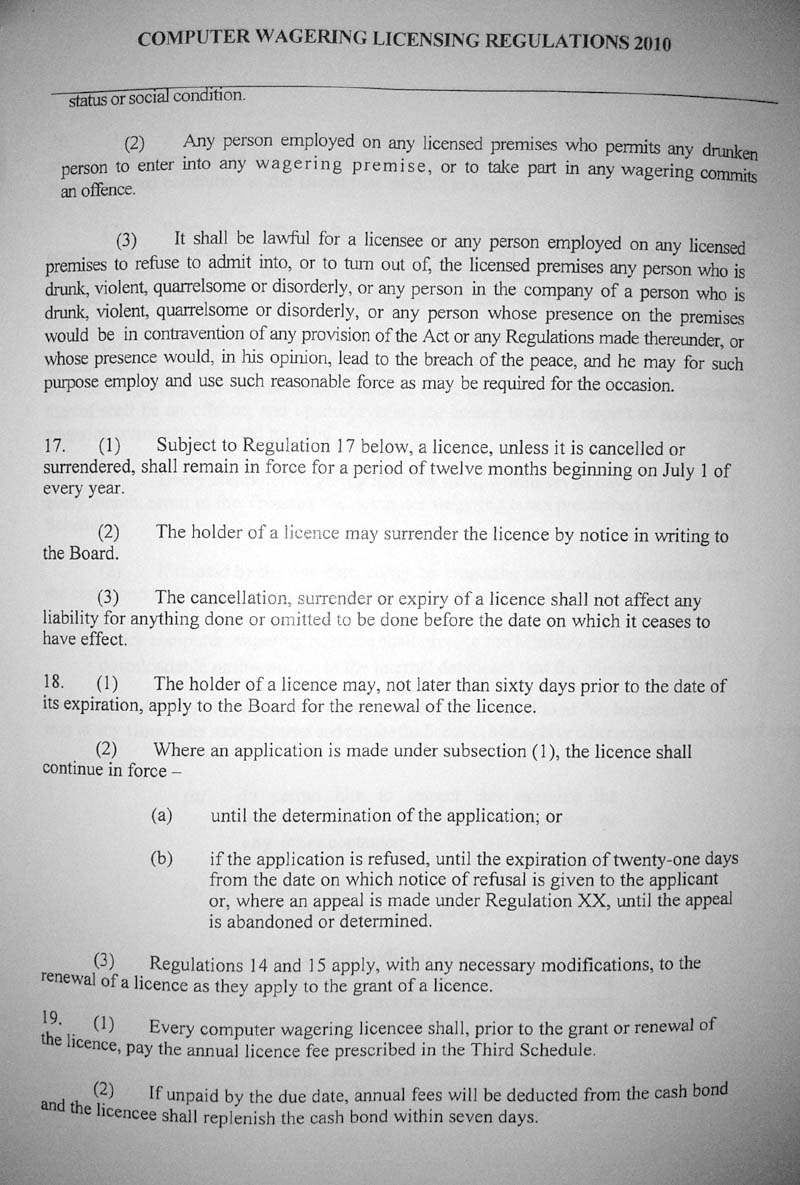 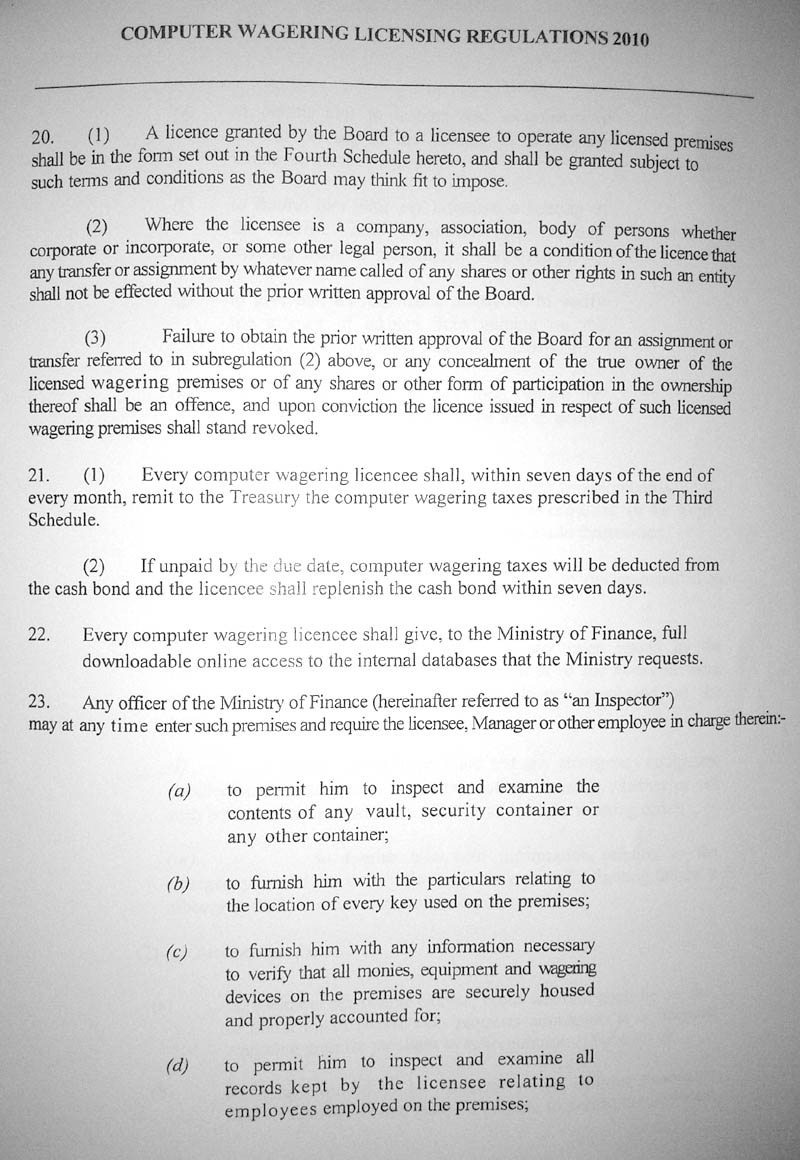 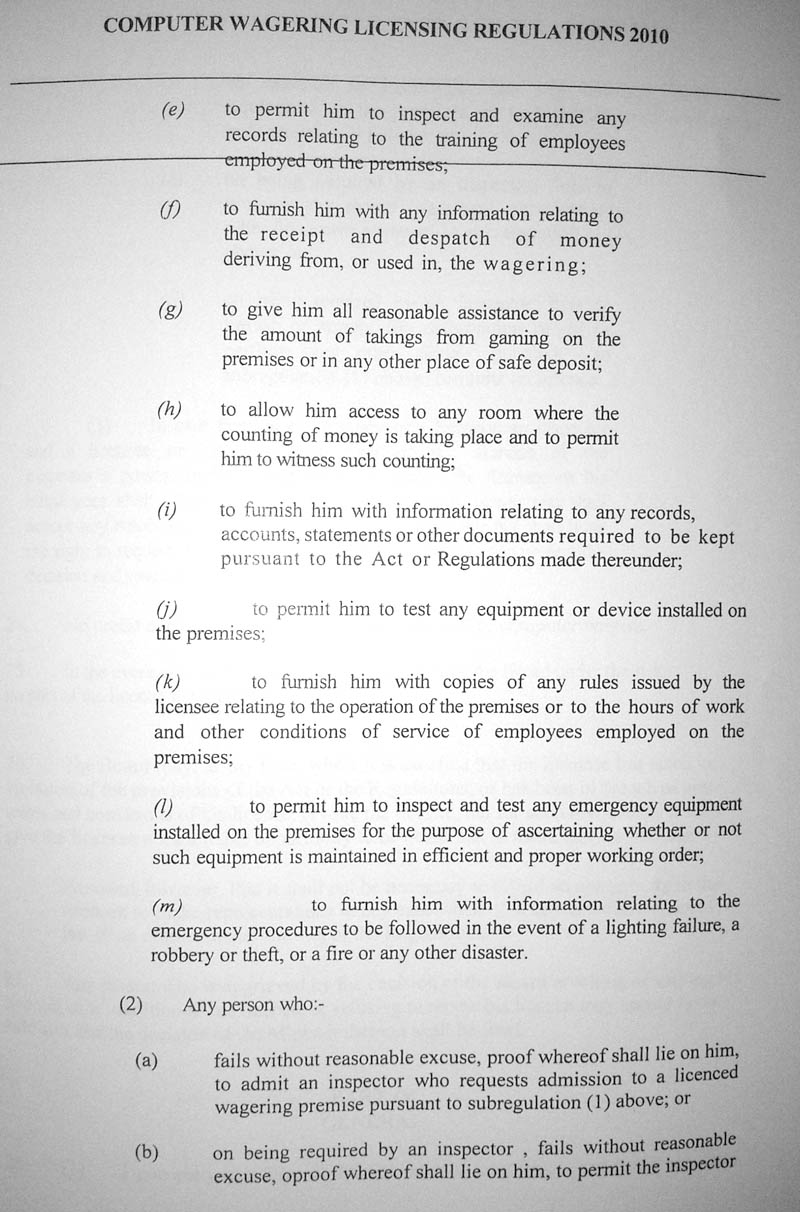 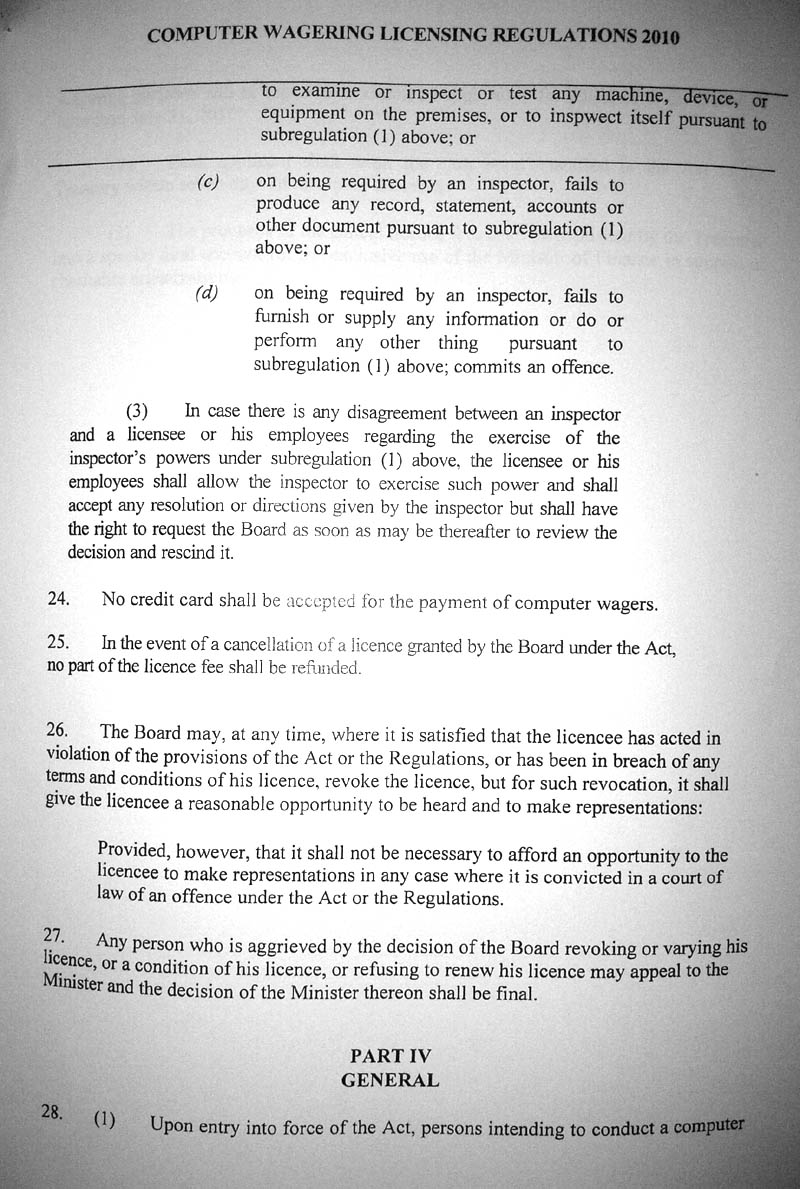 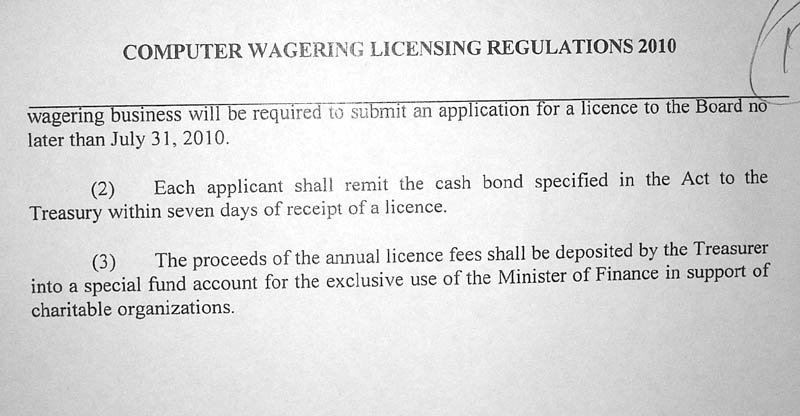 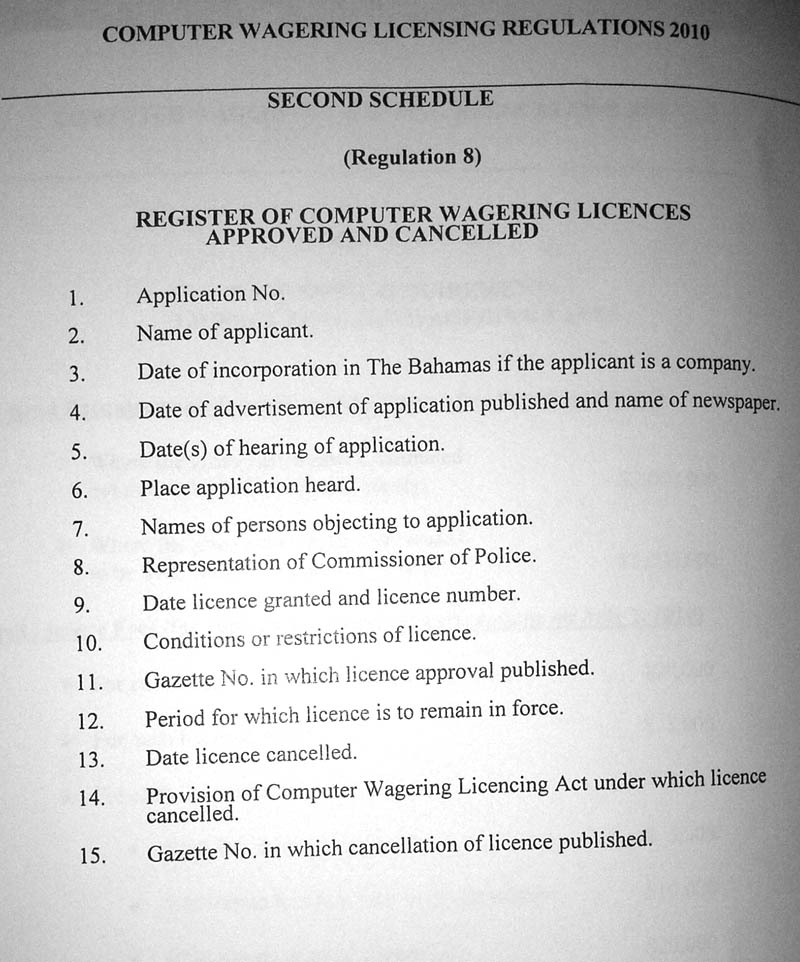 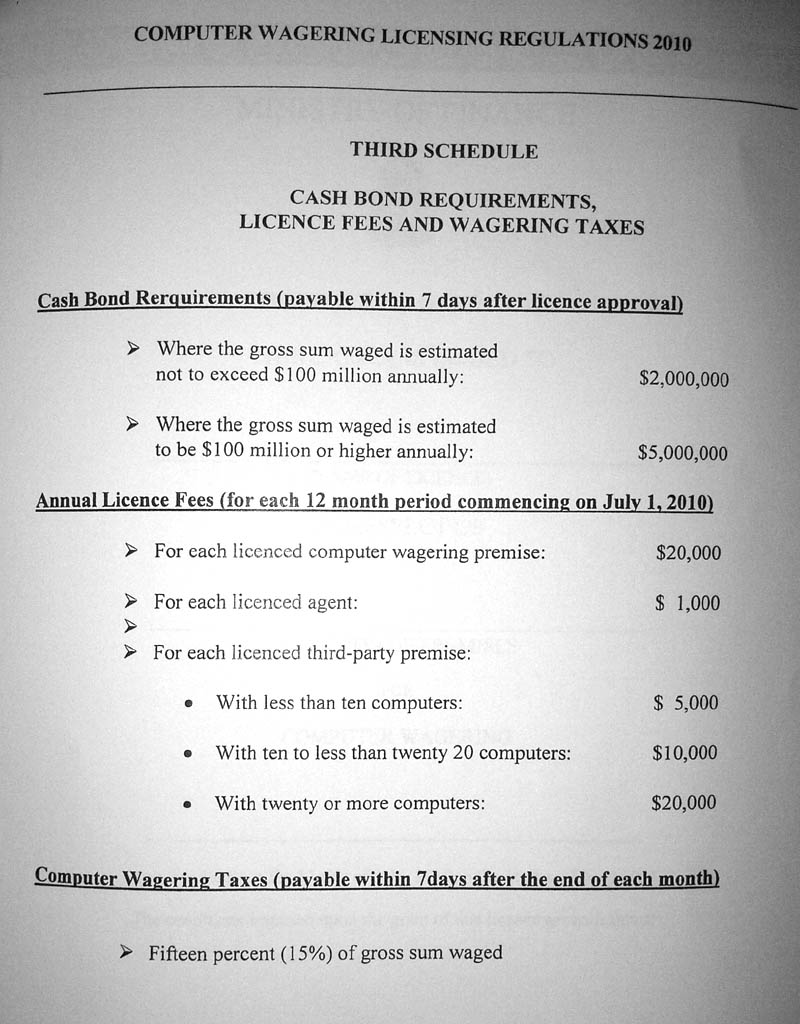 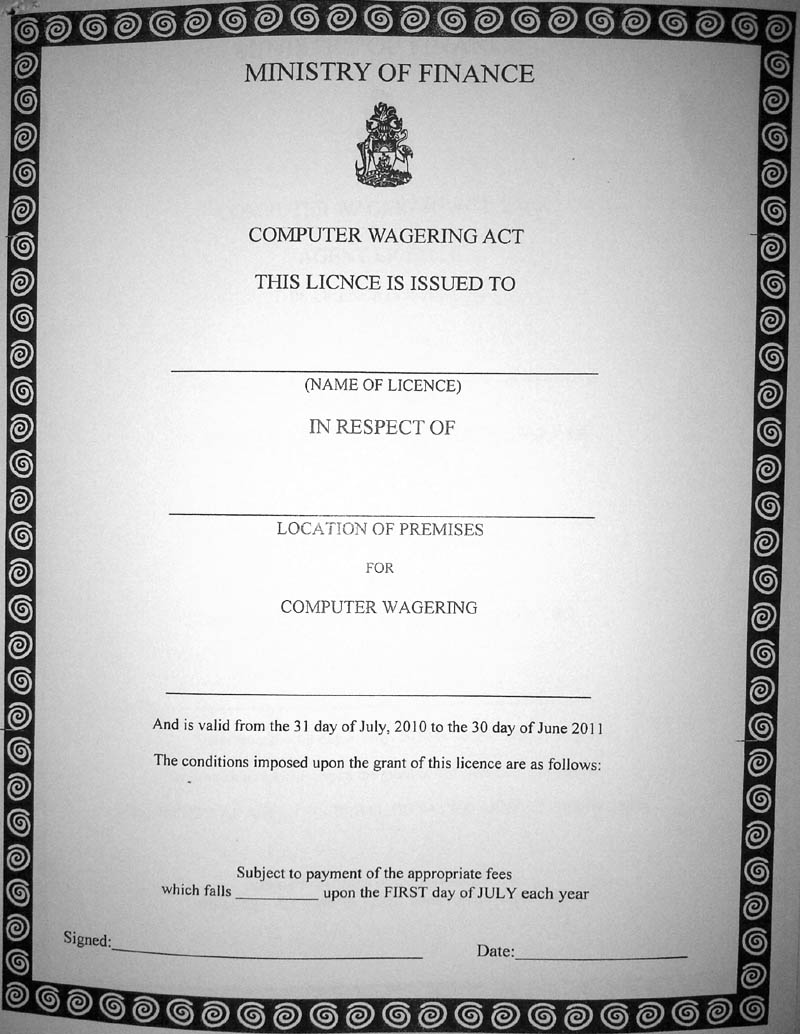 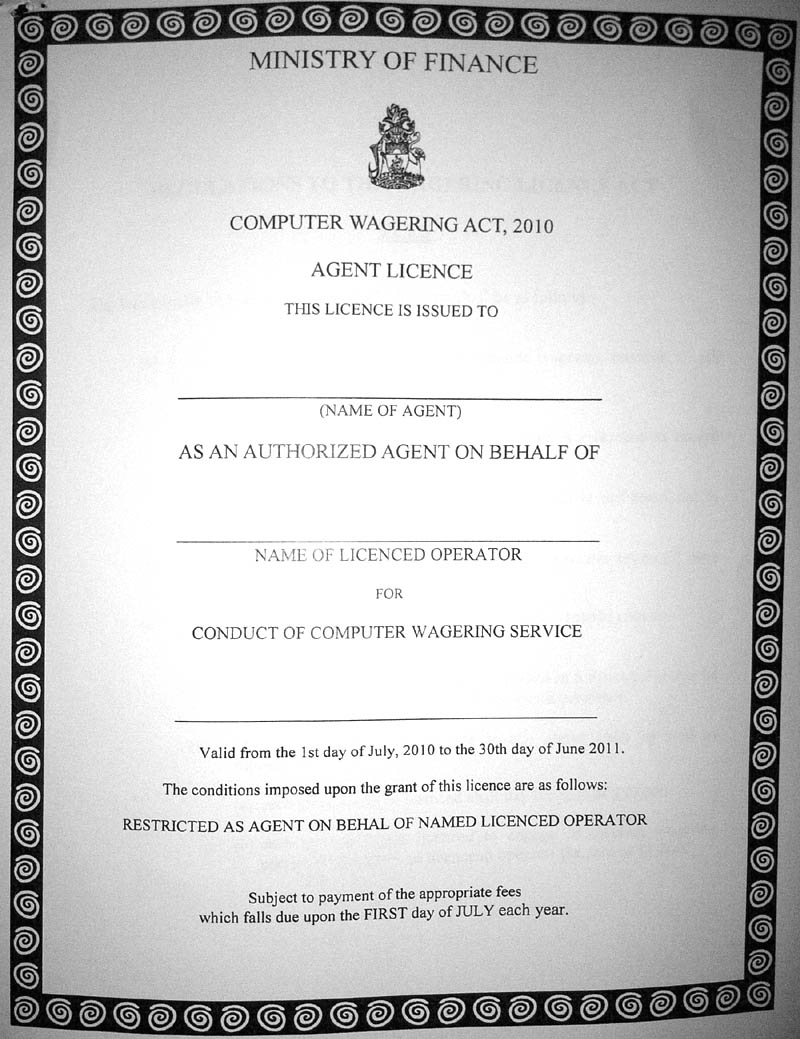 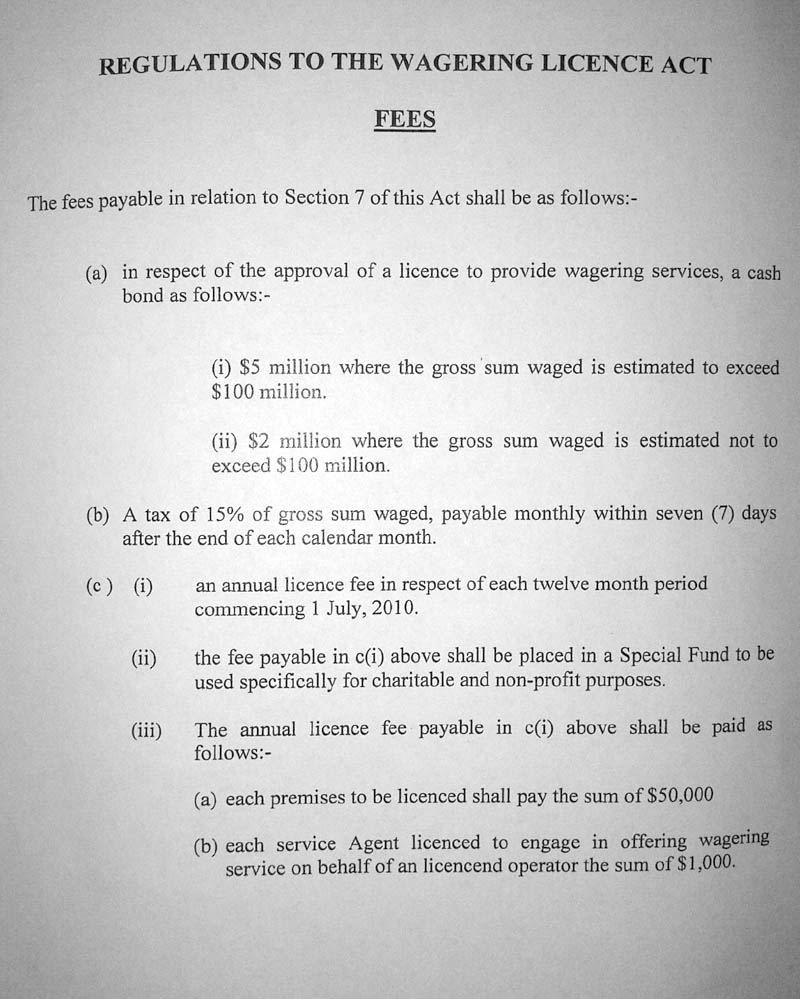