Nassau, Bahamas — Following the arraignment of FNM Senator John Bostwick this week, the Free National Movement has decided to make changes in the Senate.

And so after a report by Bahamas Press, the FNM in a letter to Governor General Sir Arthur Foulkes released the following this morning: “It is with deep regret that I write to advise Your Excellency that the Appointment of Senator the Hon. John Henry Bostwick, II, as a Senator, under Article 39 of The Constitution, be revoked with immediate effect. I hope to give further advice in short order as to whom his replacement will be.”

This communication Bahamas Press can confirmed was signed by the Leader of the Party Dr Hubert Minnis. 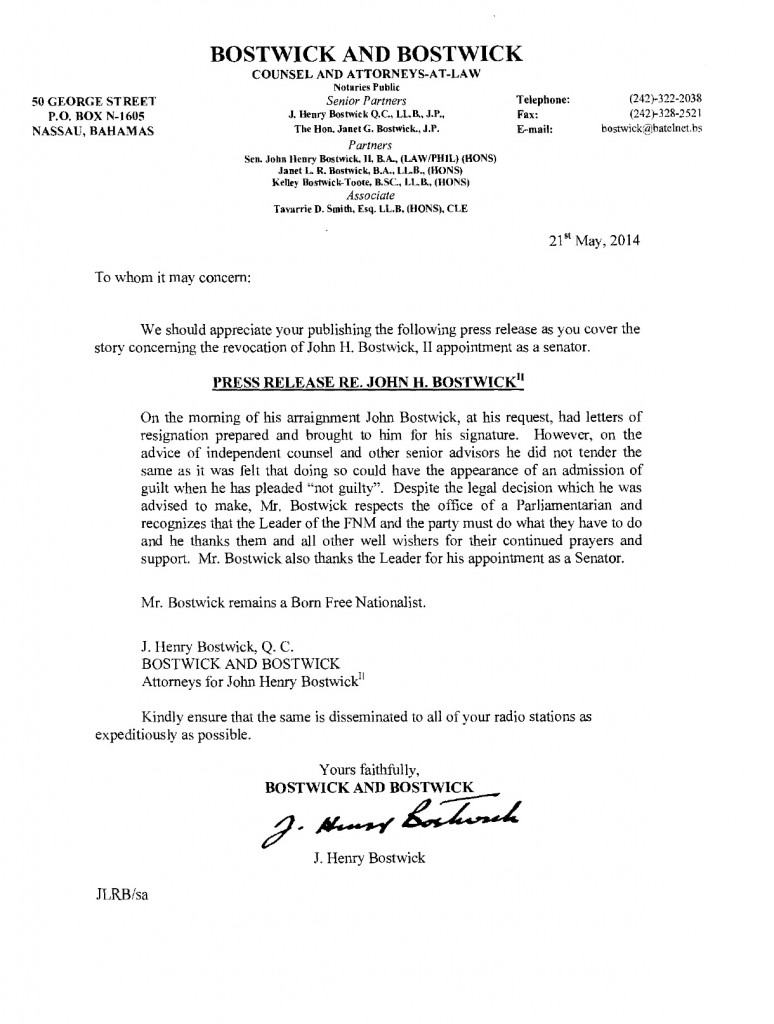