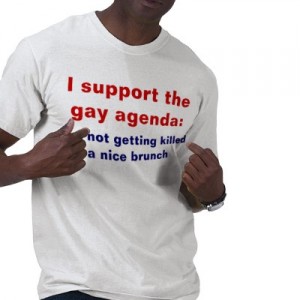 Branville met Live in Camera with donor at Atlantis

Nassau, Bahamas — BP is monitoring the Democratic National Alliance where we understand big money from a major Gay Rights donor is bankrolling the green man dem.

BP confirms a heavy backer of the Gay Rights agenda out of New York, who flew to Nassau recently, is funding the DNA.

We can report the donor flew in via Odssey via private jet and stayed a weekend in the Atlantis suite where he met with DNA leader Branville McCartney.

Late last year the Party showed its pride in the Rainbow Coalition when it was discovered one of its youth leaders was a big-time cross dresser and drag-queen while in his late teens; even before he turned 20.

As one political observer told Bahamas Press, “I am not surprised the party is being bankrolled by the powerful Gay Rights Movement reps outside the country. Just look what they say about the ‘hidden agenda’ – Nothing! In fact, all I hear from them these days is the slogan: ‘I is one a dem’! Hmmmmm.”

Meanwhile, BP can confirm a BIG-TIME toss salad in the DNA has left his wife after she was caught in a bedroom rump in the couple’s palatial home. The wife had had enough of her husbands church trips, which many know was similar to those of Bishop Eddie Long, where he wine and dined young boys for fun and frolic.

The DNA supporter, who sought the Party’s nomination in a Southern New Providence constituency, was awarded a number of government contacts by the FNM. His many contract remained intact even after going Green.