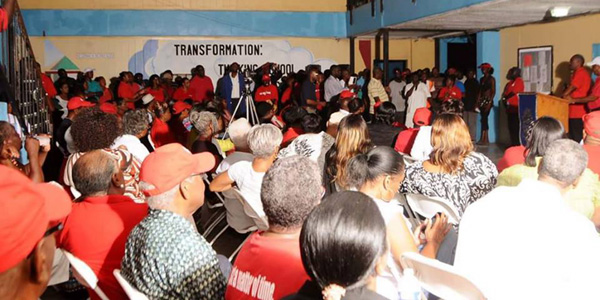 By Jerry Roker
for Bahamaspress.com

Ever since VAT was introduced as a tax to assist us in bringing our fiscal house to order, periodically, the FNM would, via press releases and make speeches in the Parliament assailing its implementation.

The present Christie-led government inherited a fiscal mess. This fact is out there in the public domain. Specifically, our national debt was increasing at an unsustainable rate and our current account deficits were only adding fuel o the fire.

As the government between 2007-2012, and to their credit, the FNM recognized the fiscal dilemma we were in, and began to develop the framework for VAT. It is reasonable for the Bahamian people to assume that all FNM Cabinet Ministers during their last time in governance, if not all FNM Parliamentarians, must have known of their government’s plan to introduce to the Bahamian people VAT at 15%.

Having said that, it is my view that, for the FNM to now rail against the government for introducing VAT, makes them the biggest hypocrites outside of mainland China!

For the record, fellow citizens, don’t pay any attention to the noise in the market, it’s the price of the fish that really matters: the only real difference between the PLP and the FNM on VAT, is that, had the FNM won, they would have introduced it at 15%; the PLP introduced it at 71/2%. And they, the FNM out to be made to defend this. Let the debate begin.

Letter writer asks: Is the Government Breaking the Law?

Forrester Carroll: The end of a brutal five-year economic period

An open letter to NORRIS BAIN

Observations on the PLP’s slate of candidates