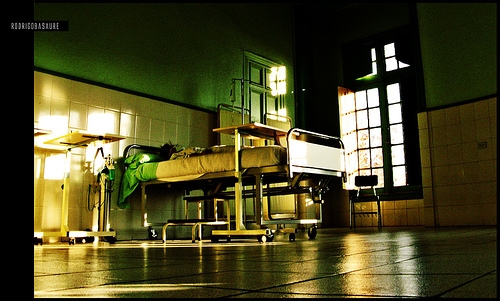 A LETTER TO ‘DA’ EDITOR

We have all seen it; that blank, empty, tired look on the faces of the many FNM cabinet members and its leader!

Bahamas Press, here is a question for you: what do you do, when what use to work doesn’t work anymore? What do you do when everything you try fails or makes things worse? If you have never been in this predicament, then as a reference point, take a look the current FNM government and it’s leader, Hubert “Cruise Ship” Ingraham.

Let me begin by reminding you of the many accolades that was bestowed upon “Cruise Ship” in the mid 1990’s about his economic policies. If you would remember, the United States embarked upon the most prosperous time in its country’s history. America was awash in money derived from the infamous DotCom bubble. With the strong US economy propping up Mr Cruise Ship, it seemed like everything he touched economically, turned to gold.

If you can recall BP, it was the then foreign Minister, Janet Bostwick, who went to the public airwaves and said Papa Cruise was such an economic genus, that other Caribbean countries were calling him for economic advice. The FNM was so drunk on it’s success, that they honestly believed that it was due to the “Cruise Ship” and not the United Sates.

I have said to you before in a previous letter to the editor that when Papa Cruise Ship took office in 2007, everything he did since then was based upon the calculation that the recession would be over by 2009 or early 2010. He calculated that heading into the 2012 general election, the economy of the Bahamas would be picking up and his party would be in good shape to retain the government. Yea, that is what he calculated, but God had another plan.

These last four and a half years has revealed to the Bahamian people one thing, Emperor Cruise has on no clothes. As a matter of fact, Emperor Cruise never even had on as much as a G sting.

Mr Cruise Ship has been perpetrating fraud on this country since 1992 and we ignored the warnings and put him back in office. But through the grace of God, though painful, the Lord used the recession to reveal to the masses that Mr Ingraham is no Joseph, but Pharaoh reincarnate, who as enacted polices that has hurt God’s people. As a result of this, God has removed the scales from the eyes of the people and we can see Bahamas Press, we can see everything so clearly now!

Bahamas Press, crime high, but Papa on a cruise!

Taxes high, but Papa on a cruise!

Unemployment high, but papa on a cruise!

BEC generators having the fits, but Papa on a cruise!

I am catching the bus now, because gas is too expensive, but Papa on a cruise!

Cable Bahamas ripping me off, but Papa on a cruise!

Haitian boats landing in my neighborhood and they are stealing my clothes of the line, but where is Papa?

The one man who has the ability to help me and thousands like me is on a ship somewhere giggling up with some gritsy teeth bar tender.

So while Mr Cruise Ship is out to sea, tanning that dark, tough, leathery skin that you can strike match with; he has left the Bahamas in the hands of immature men, whose leadership development has been arrested and now like crack addicts, can not function without their dear leader. 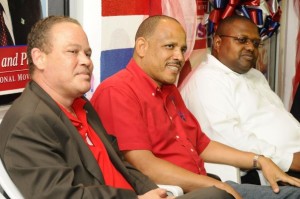 What you see right now is a leader and his cabinet who has done what they normally do to address issues, and are terribly puzzled at it’s failure. What you and I are witnessing is a leader and his cabinet that honestly don’t know what else to do. They are at a loss. They are all asking themselves, “what do you do when all you know to do isn’t enough anymore? What do you do when what use to work doesn’t have the same affect as in past years?”

So many Bahamians have lost their dignity, suffered shame during these last 4 years and their government sat idly by, not even lifting a finger unless it benefited them. And to ad insult to injury, months before an election they are now coming up with all kinds of contracts, plans and initiatives? We wont be fooled again!

This recession has proven that when a new approach is needed, the current band of FNM MP’s, lead by Captain Cruise Ship, don’t have the mental capacity to take on a new situation, or approach it from a different angle. This recession has revealed that you really can’t teach an old dog new tricks.

Lord Cruise Ship’s stubbornness and lack of foresight has lead the entire country into state of frustration. The country is stuck in neutral, wasting time, money and effort spinning it’s wheels going nowhere. Meanwhile, even if the recession was to end right now, the man driving the car only knows one route.

Bahamas Press, this FNM government is the perfect example of mental fatigue. Mentally they are burnt out! They are at a loss. And what is so sad is they wont reach out to others for advice or ask others for their opinion. But the joke is they are all still pretending as if they have it all under control when the reality is they are so out of it mentally, they can not even do simple things properly anymore.

What does it say about a government when they can’t even inform it’s citizens about the Dengue fever outbreak? When the American embassy put that ad in the Guardian last week, warning it’s citizens about the outbreak, that was not a warning to their citizen’s, the Ambassador was trying to warn Bahamians because they saw how quiet and slow the current government was in warning its own people. How embarrassing!

Bahamas Press, this FNM government has checked out. Mentally they are not there. Their hearts isn’t in it! I don’t see no fight, no leadership, nothing that says we want to come back for a fifth term. It is like an old, mangy, pot cake dog that is near death. You can see death in every step it takes. And when you look in its eyes, it is almost pleading for death to make haste.

This is the state of the FNM government. They sense the end is near and when you look in their eyes, that stare says, “Papa, hurry up and ring the bell.”