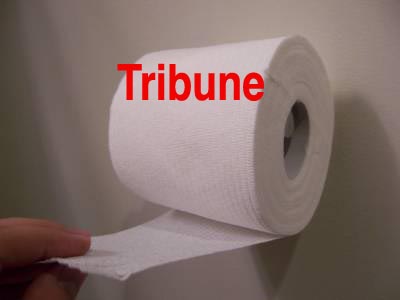 Nassau, Bahamas — Bahamas Press read one of the ‘Dutty’ Toilet Papers this morning, better known as the Torch these days [Tribune], and has found a headline which reads, “FNM decides not to hold convention”.

The headline comes just a day following our confirmation that the Free National Movement will hold its National Convention on Wednesday 3rd, Nov. 2010 at the Wyndham Crystal Palace on Cable Beach.

Critical thinkers, however, upon reading the story would discover the Torch could not find one name in all of the FNM to confirm its gutter report. Not one officer of the Party could confirm or deny if indeed what they are reporting is fact.

The newspaper mysteriously could not find Party Leader, Hubert Ingraham, who they could have found halfway across the east side of the Atlantic to respond to a story of his unlawful fast tracking of a government contract to Floyd Wilmott to renovate the Commissioner of Police residence on East Hill Street. The PM was in Europe, and the 100 year-old Torch contacted him via email and published his response the next morning.

Hubert Ingraham is now in Nassau, so why was it so difficult for the Torch to quote him on this story? Why is it so difficult for them to contact Carl Bethel? Why is it they could not contact that other lost fella, who they appear to be advising these days. Why is it the newspaper, which for a century have been reporting lies and spinning half-truths, could not find one knucklehead in the FNM and name them saying the Convention will not be?

You know if you follow the Torch as we have, you will find they cannot report anything truthful.

According to them, the John Travolta trial would be going on right now in the Supreme Court! Nevertheless, you see, they have no SHAME! Every three days its editorial team is toasting champagne and popping cork screws to celebrate the newspaper’s abysmal failures to the Bahamas People!

It is no wonder the Internet has taken the country by storm; becoming the #1 source for news in the Bahamas. The Tribune has no shame! They have been most neglectful. They should be embarrassed for what they continue to do. And it is evident the Bahamian people have long ago fired them for their WUTLESS reporting.

Ingraham told delegates to meet him at Convention 2010 at “the same time and same place” as he closed out caucus 2009. Prime Minister also told the press at that Convention he would make his decision as to whether or not he will stay on as Party Leader by the end of 2010. Ingraham is a man who says what he means and means what he says, or has that Changed to?