Wells must speak up and dismiss the claims of Rollins against the Party Leadership! 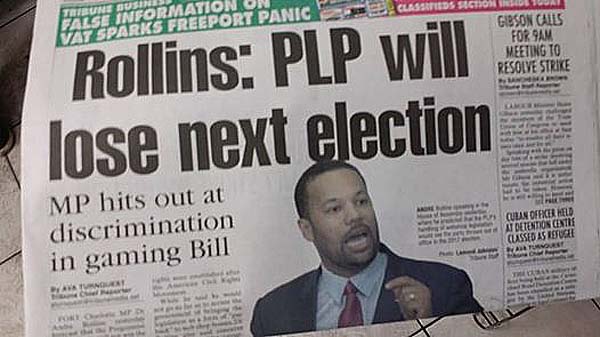 Misery loves company – watch Rollins drag Wells into the ground with him!

Nassau, Bahamas — Those of us who have had the pleasure of studying Greek history cannot forget the story found in the poem about the city of Troy where the gift of a wooden Trojan horse led to the collapse of that city.

The story tells how there were, outside the fortified city, Greek fighters, who for 10 years were unsuccessfully engaged in a battle against the City of Troy and were unable to capture it. And so, after those long years, a plan was devised. The Greek army built a wooden horse and left it outside the gates of Troy as a gift. They pretended to have sailed away and, as they left, the people of Troy opened the gates, gullible enough to celebrate and collect their gift of the wooden Trojan horse. They pulled it into the city in mass celebration.

The Trojan horse sat at the centre of the city of Troy – now inside the gates – and encased in that huge gift were the best Greek fighters. And with the city sleeping after a long day of celebration – the trouble began.

As the cloud of darkness returned to the gates of Troy, the Greeks just waited for the sign to move in as soon as those fighters inside climbed out of the Trojan horse and took charge of the gates, and, well, the rest is history.

Firstly, let there be forthcoming an admission by today’s editorial that we were never fans of Andre Rollins. Never-ever! And we believed then as we do now that he has become that Trojan horse – offered as a gift during the 2012 elections. Somehow he radicalized forces against the PLP to overthrow and destabilize the organization.

The PLP must not allow the mistake to be repeated like the people of the City of Troy. And no sympathy must be given for the attacks against the leadership and the party mounted by these cancerous agents now masquerading in GOLD!

We at Bahamas Press are convinced that Andre Rollins presents the prototype of concern within the organization and should be invited to leave!

How can Rollins claim to support the leader, yet, every time he opens his mouth inside and outside the Parliament, there is a vile attack on the Rt. Hon. Prime Minister, his Party and his policies? That’s the work of a Trojan horse!

How can Rollins go to a Parliamentary Meeting telling colleagues “I support now the Gaming Bill”, yet go into the Parliament days later and condemn the Government for bringing the bills? That’s the actions of a Trojan horse!

Or better yet, how could a constituency branch office in Fort Charlotte be open, with the lights off, the telephone off, the water disconnected – yet the MP for the area collects $1,500 each month and REFUSES TO PAY IT? How DISHONEST! That is the behaviour of a Trojan horse!

And how could an MP, claiming to have the ear and voices of a constituency – yet – for an entire year has not met with, sat with or spoken with the executive branch as MP! That is the behaviour of a Trojan horse!

Unfortunately – misery loves company – and the Government side is now distracted by a Letter of Intent controversy. The Prime Minister has called for an explanation to be given to the People by the MP for Bamboo Town. And today, the MP has gone mute! Mind you, in our system of governance – the honourable thing for the MP for Bamboo Town to do is to resign to avoid a developing distraction of the business of governance. Yet, he says nothing!

The Trojan horse is now working its seeds of discord and has implied that the Letter of Intent is the work of a force to topple the leadership. And, amazingly, there is no objection, no rebuke and no POINT OF ORDER to the comment by the MP for Bamboo Town on the charge. This is not good!

No speaking, no clarity, no explanation and no denying as to how something which, in our opinion, amounts to FRAUD was done by someone who’s supposed to be the smartest man in Parliament. [SHAKE HEAD]! We ga leave it there today… 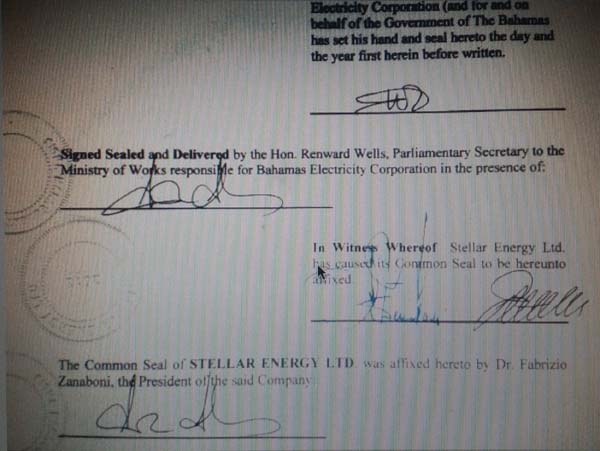 BP QUESTION OF THE DAY – Who drafted this Document which suggests that there is a Letter of Intent between the Government of the Bahamas and Stellar Energy Ltd.? The Company has went mute – just like the Parliamentary Secretary on the matter! Who drafted this LOI which the government has no record of on FILE! THIS AMOUNTS TO FRAUD IF YINNER ASK ME!!!!