Murder count #108 takes place in another gated community following a pay despite! 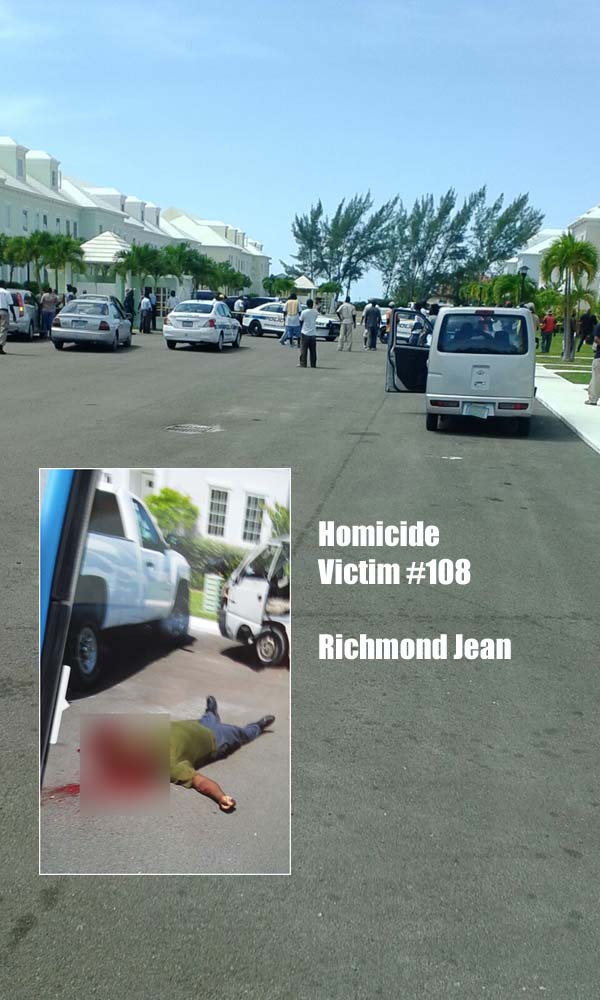 Nassau, Bahamas — These were the scenes from that 108th homicide incident at Palm Cay.

According to reports, shortly after 11:30 am on Friday 18th September, 2017, two men were involved in an altercation at Palm Cay Resort off Yamacraw Road that resulted in one of the men being shot with a shotgun.

Today’s victim went to the property looking for his pay from a private contractor and was allegedly shot dead by suspect Samuel Heastie, who is now in police custody .

The victim we have learnt is painter Richmond Jean.

Almost immediately following the incident the developers issued this statement:

Shortly before noon today, there was an incident at Palm Cay involving an independent contractor and his employee. The Royal Bahamas Police Force is currently investigating – no Palm Cay employees were involved.

Palm Cay is an exclusive community on New Providence’s southeastern shore. An open house for Starfish Isle will be held tomorrow between 11am – 3pm, as previously scheduled.