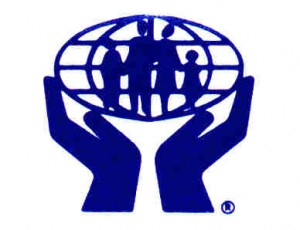 A BP SPECIAL REPORT TO THE COUNTRY!!!! A WORD TO THE WISE IS SUFFICIENT!!!

Nassau, Bahamas — Catherine Kelly in a November article to the Punch titled “Lack of regulations is a threat to Credit Unions” summarized that “the credit union sector is an accident waiting to happen. No industry regulations, no guarantee deposit insurance and virtually no liquidity reserves funds means more than 34,000 members are not being adequately protected. Is the government waiting for a major credit union to collapse before it acts”? It is a welcome relief that this sector is going to The Central Bank for proper and adequate supervision.

What is interesting about this article is that it resonates with another article that appeared in The Bahamas Press in June 2010, “Can Cooperatives Survive Under a new Regulatory Regime? Published more than a year ago it questioned whether the Regulator of Cooperatives ever possessed the competency to provide adequate and effective supervision of credit union and other cooperative societies. Another article published in The Bahamas Press August 10, 2010 stated that “Department of Cooperatives Misleads Minister of Agriculture & Marine Resources” and caused to be questioned the integrity of the figures provided to the Minister by the Department that was inconsistent and off by a staggering $750 million.

The decision to transfer regulatory oversight of credit unions to the Central Bank of The Bahamas is undoubtedly the very best move that the government can make to safeguard the deposit of depositors. It is a critical move and a move that should be welcomed. The Governor of the Central Bank noted in an interview appearing in the Tribune Business section on December 13, 2011 that the IMF had been calling for such a move, however the reality is that the credit unions in the Bahamas as Catherine Kelly stated “is an accident waiting to happen…” The Governor implied in her interview that this will bring “them into line with international management standards”. Reading from this interview one gets the impression that a complete review and overhaul of the sector is imminent as new standards are urgently required to meet with international best practices. So what has happened over the years? 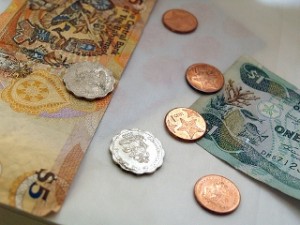 However, in a separate interview published in Tribune Business Dec. 14 2011, which really was a response to the Governor’s interview the day before, the Director of the Department of Cooperative in a very rare interview seems to want to tell the governor, as if she does not know, that there is a difference between credit unions and banks. His attitude is one of indifference as to suggest that the Governor of The Central Bank of The Bahamas, a highly qualified banker with proven abilities and talent must remember that there is a difference; imagine the pupil trying to teach the teacher. Surely, the Director of Cooperatives who has been Director since at least 1984, 27 years ago when the current Governor of the Central Bank was no doubt a very junior member of staff at the Central Bank, cannot be implying that one as imminently qualified in the world of finance as the Governor does not know the difference between a bank and a credit union. Obviously the government is not and perhaps has not been pleased with the regulatory state of affairs of credit unions as it should be. Its position today has more to do with quality of supervision and preventing the accident from happening.

The government must be applauded for recognizing as Catherine Kelly did that “the credit union sector is an accident waiting to happen.” The sector’s regulatory standards have to be raised to new levels in order for it to survive. However, the question is whether the years prior has done too much damage and whether it’s too late to prevent the “accident” from happening as a result of its exposure to less than adequate monitoring and supervision over these many years.