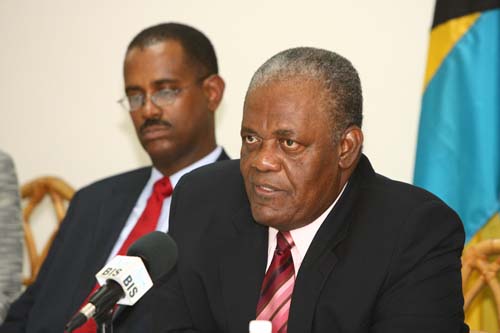 Nassau, Bahamas – Six government agencies will begin the government’s overhaul of the public service, prime minister Hubert Ingraham announced on Friday. Bahamas Press support this bold move by the government. For years Bahamians have cried for an overhaul of the system that have cultured a service of ineffectiveness, complacency and lack of professionalism. We welcome this huge step taken by the Ingraham administration and commit ourselves to supporting the government in whatever way of announcements or reports necessary to make this CHANGE happen.

It is true that an effective Public Service is essential to good governance and to the effective and responsive delivery of services to the general public.

Anecdotal evidence from around our country, and indeed from around our region, suggests that the public is generally of the view that government departments and agencies are failing to deliver acceptable levels of service.

I was pleased to learn that we are among the pioneers in our region in taking a scientific, measured approach to improving public services delivery.

Some of you will recall that in my address to you at the Eighth Annual Public Service Week Awards Ceremony last October I reaffirmed my longstanding commitment to cause improved customer service in the public sector.

I repeated that commitment in my 2008 New Year’s Address to the Nation at which time I announced the coming service improvement pilot project to be launched in six public agencies, viz:

Today we meet to launch the Service Improvement Programme. We commit to advance the pace of modernization in the Public Service.

We recognize the inherent pitfalls in mandating a public agency to transform itself and also to oversee the transformation of other public agencies.

And so, we are partnering with the College of The Bahamas and the Caribbean Centre for Development Administration (Caricad), a regional inter-governmental organization specializing in transforming and modernizing the public sector of Caribbean states in the conduct of pilot programmes.

We propose to engage the public in an evaluation of public sector customer satisfaction. The College of The Bahamas will conduct a series of customer satisfaction surveys so as to establish a scientific baseline from which we will seek to measure improvement in service delivery over time.

We will also canvass public officers responsible for the delivery of service to the public to determine attitudes, behaviours and values which impact their performance.

And, we will seek to explore the extent to which the organizational culture of the public sector impacts performances and attitudes in the delivery of service to the public.

Information gathered from the public and from public officers will inform the design of targeted improvements in our systems. This means that the results of the surveys are likely to be used to change the way we work.

Change is always difficult; individuals, accustomed to behaving in a certain fashion tend to resist change. So as to win support for the programme and to gain buy-in from stakeholders, each of the pilot agencies will have a Service Improvement Team, comprising focal points.

It will be the responsibility of the focal points to keep the aims and objectives of the project in the forefront by galvanizing support for the project among public officers both within and outside the pilot agencies.

I wish to recognize and acknowledge those officers selected to serve as the “face of” and “change agent” for their respective agencies and to thank them in advance for their agreement to take on this important but difficult task.

Our partner Caricad has opined that this project is designed to move all previous reform and modernization efforts forward. In short, in this project we seek to walk our talk.

It is my hope that with the support of COB and Caricad we will garner both public and private sector support for this service improvement initiative.

It is also my hope that the result will be the beginning of the transformation of our public sector.

We expect that in the future individuals walking away from a public sector agency (the six pilot agencies in the first instance) will increasingly have a public service experience that is different from what it is now.

Hopefully also, they will begin to recognize that the system being put in place would have been tailored for their convenience, to meet their needs and requirements.

This is the beginning of a long journey. Let us begin.