Some 19 employees at PHA paid by other Ministries in the Government were still being paid and double dipping in the purse of the PHA! What in the hell is dis?

Nassau, Bahamas —Bahamas Press is set to unleash another major investigation, this time in the Public Hospital Authority [PHA], where we have learned that revelations from an audit cannot get to the Board or Parliament.

BP has learnt the information is damning and once again raises serious questions to the spending of limited funds in the government.

BP can tell you the audit was carried out by HLB Galanis and Co. between July 2012 through June 2013 and conducted a review of the operating entities and routines of the PHA. The audit was indeed mandated to review contractual employees, consultants engaged by the authority, payments to month-to-month employees and permanent and pensionable employees of the PHA.

Bahamas Press investigative team on this investigation can tell you the results of these audits could indicate criminal intent by some and must be indeed worrisome to the powers that be.

A report issued to the board of the PHA, which has yet to be released but was shown to BP, confirms the audit “found areas where controls were seriously lacking and non-existing.”

Additionally, the audit has revealed serious “discrepancies related to the employee data contained within the HR and Payroll database systems and identified this finding as a high risk, given the fact that ‘ghost’ employees could potentially enter the system and be processed for payment.” WHAT IN DA HELL IS DIS?

The audit has also revealed that some consultants hired by the PHA were not properly reviewed as having given value for money and “….an assessment of the Consultants’ contracts…found that gratuity payments were inconsistently applied and occasionally deviated from established policies.”

The auditors also “observed that a number of consultants and employees are being paid gratuities on a monthly basis, in contravention of the PHA established policies.”

According to the audit, “These advance gratuity payments were directly approved by the Managing Director.” Additionally, auditors looking into the affairs of the PHA, “could not track Consultants’ time to determine whether the PHA was receiving value for money. And strongly believe that in many cases, it is not.”

The information shown to Bahamas Press also revealed that major abuses in overtime was occurring at the institution.

According to the audit, the “actual overtime paid during the period of 2012 – 2013 and confirmed by the Director of Finance, [and] exceeded the budget by $7.8 million.”

The report also shares how “….a majority of this over time paid is related to nurses and that a number of the employees were paid an exorbitant amount of overtime.” But it gets worse.

Bahamas Press in our investigations has discovered via the audit that “a total of  nineteen [19] employees deployed to other Ministries who remained on the PHA’s pay sheet at an annual cost of $625,999.”

The report places an even more in-depth review of the Managing Director and questions his decision to have almost single-handedly approved much of the money.

Bahamas Press has learnt the audit report is yet to be tabled in the PHA Board  and some believe its Chairman is indeed afraid to table such.

Bahamas Press wonders when the Christie Regime will indeed take actions on the abuses at the PHA and we warn: Bahamas Press has much more to tell. Stay Tuned! 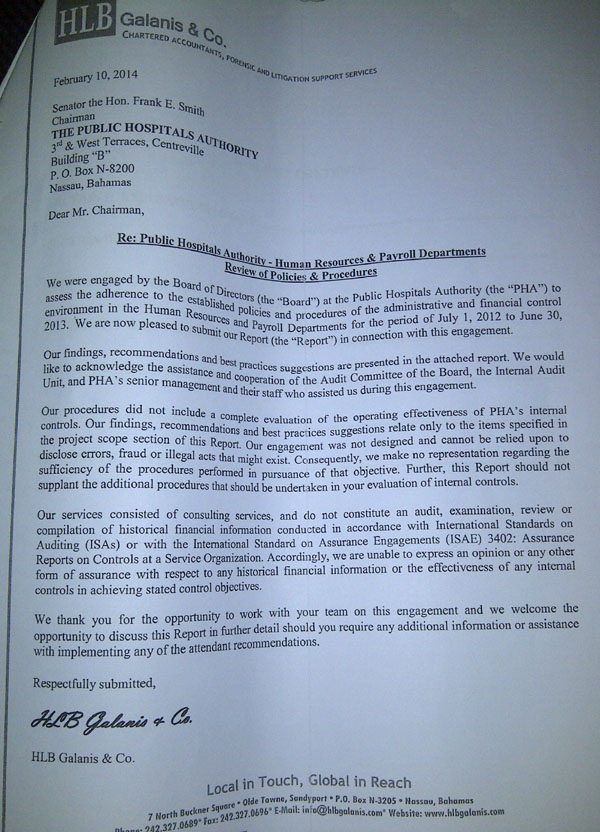 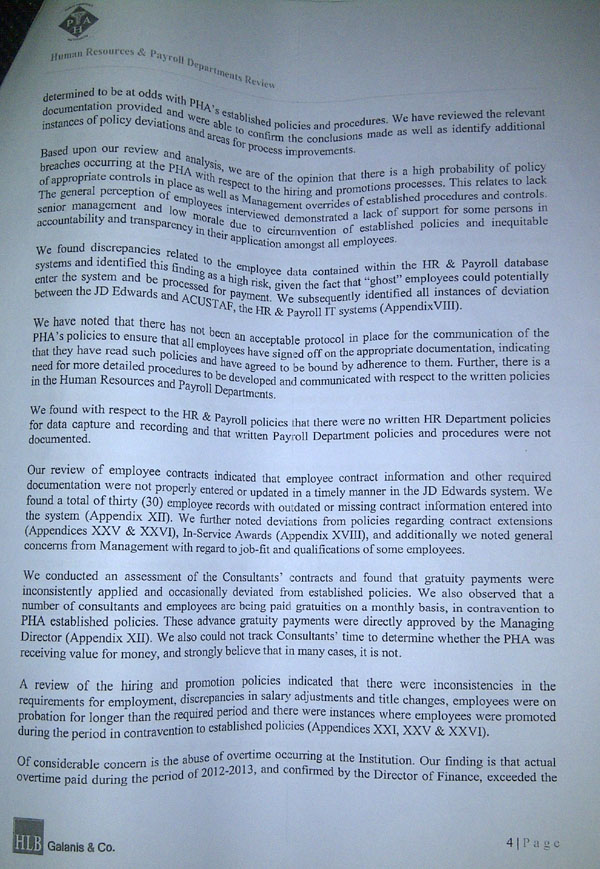 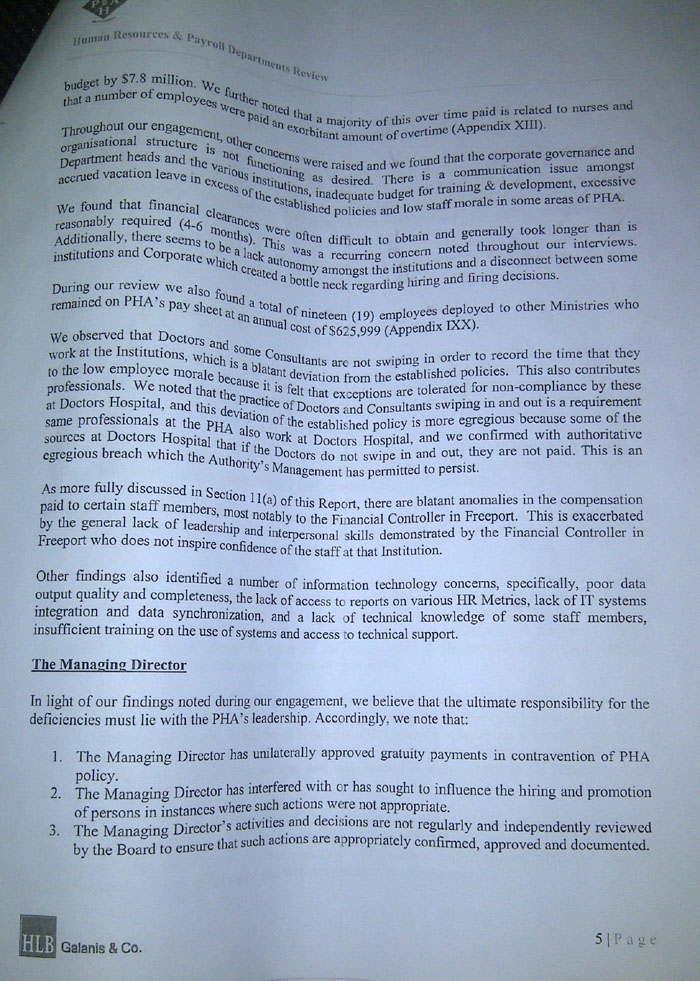 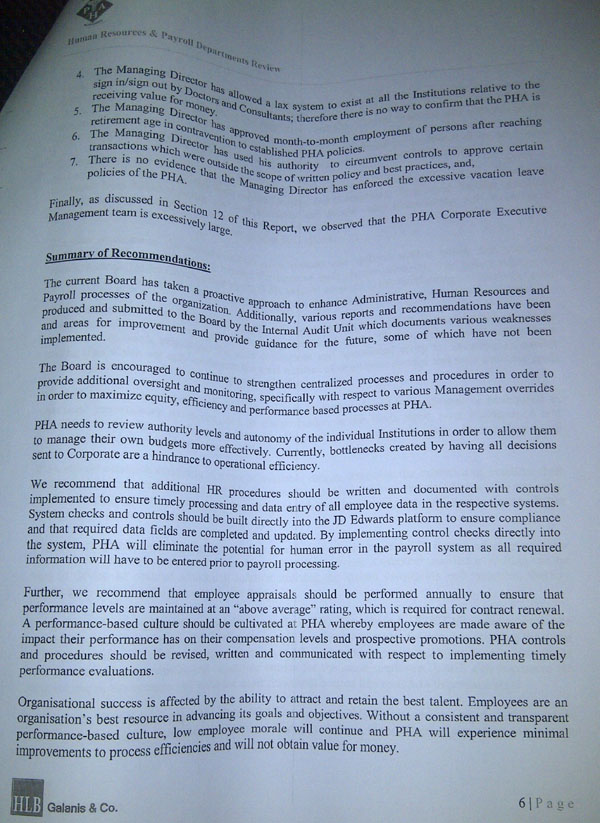 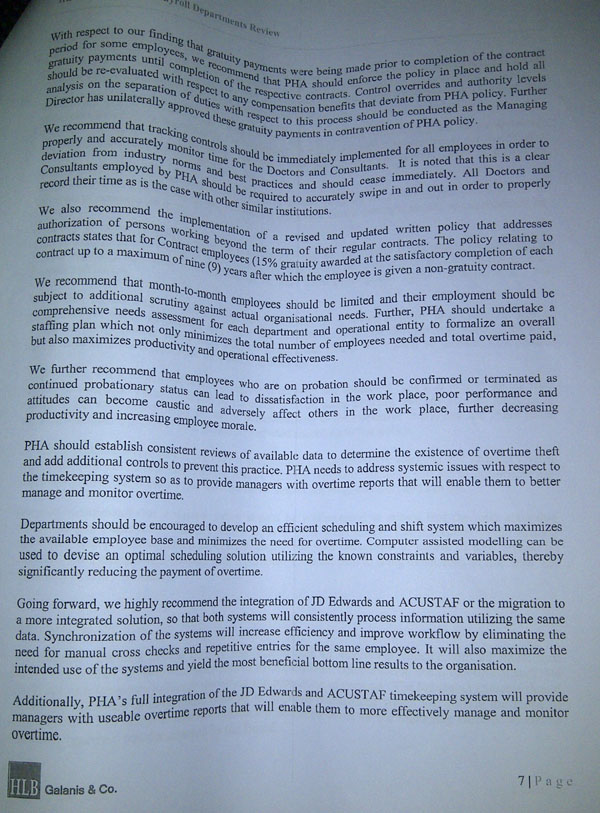 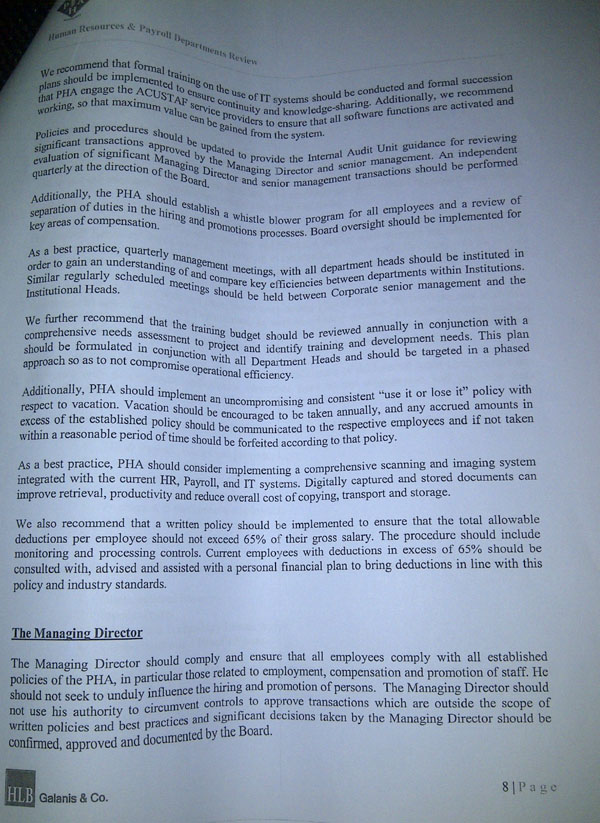 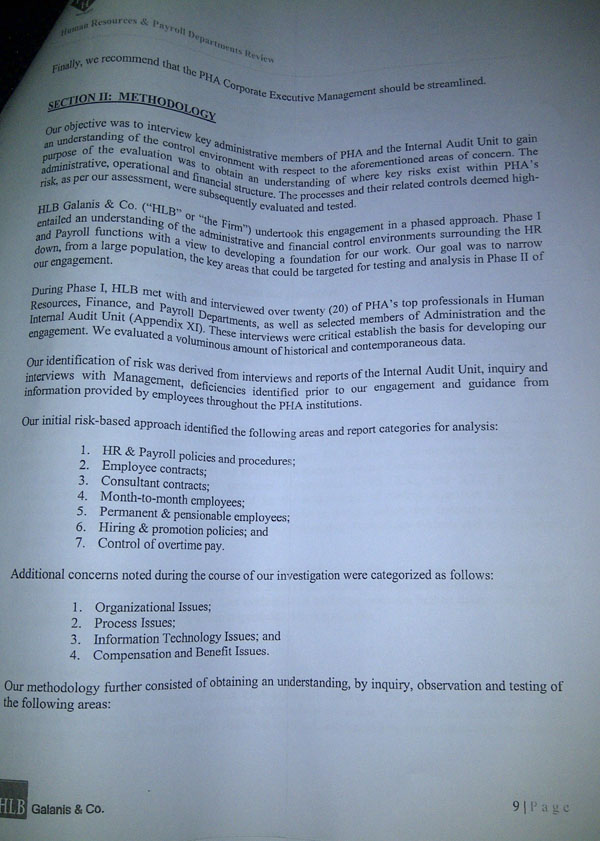 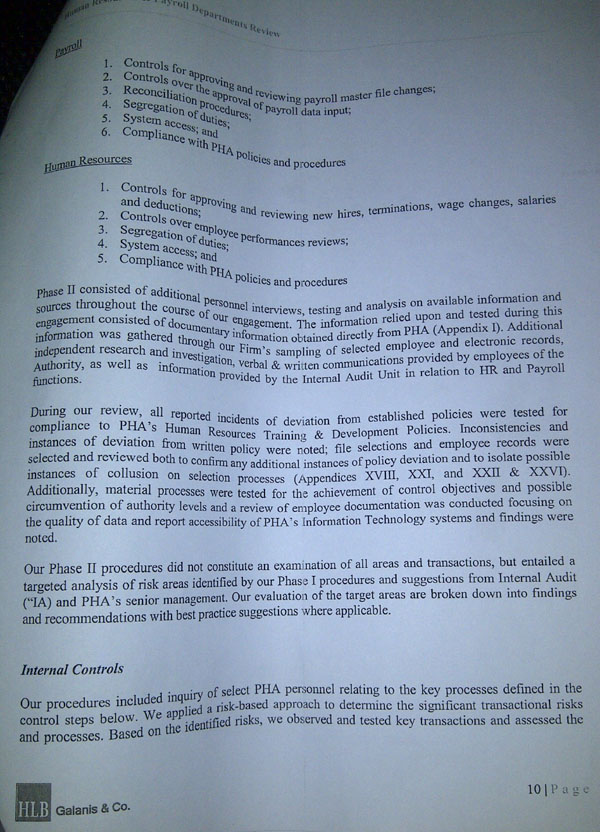