After a long illness the PM had left office for treatment in the US. He had returned to office this year. Thompson’s physician, Dr. Richard Ishmael, announced in September the PM has pancreatic cancer and went back to New York City for treatment.

On September 30, the Prime Minister addressed the nation for the final time, at which time he announced a Cabinet reshuffle and devolved several of his portfolios to Cabinet members.

He became Prime Minister of Barbados in January 2008 when the Democratic Labour Party won the government.

Reliable sources indicated that he spent his last moments at his home in St. Philip, surrounded by his family. 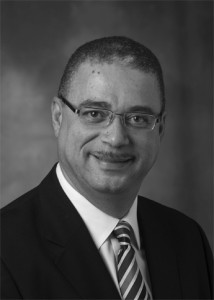 World leaders are already pouring in and sending condolences to the people of Barbados.

Former Bahamian PM and leader of The Progressive Liberal Party noted his sadness to learn of the death of Thompson.

Perry Christie said, “At 48 years old, he is gone too soon. We knew that he was ill but did not expect that he would be taken away so quickly.

DLP General Secretary George Pilgrim has announced that Deputy Prime Minister Freundel Stuart has been chosen to lead the Government.

Stuart and other officials are currently at Government House in preparation for the swearing-in ceremony.

The management and staff of Bahamas Press sends condolences to the bereaved family of the late Prime Minister of Barbados. We pray his soul and the souls of the dearly departed, rest in peace.