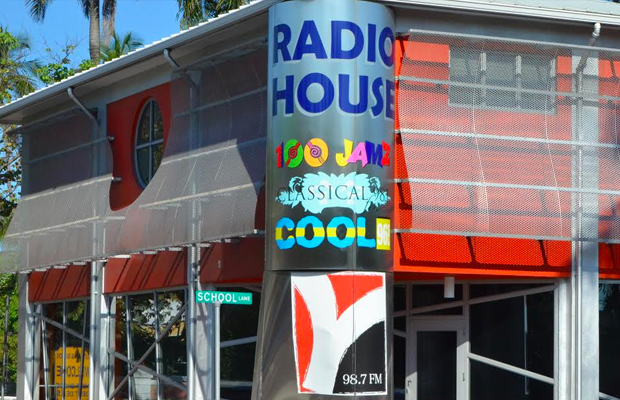 Nassau, Bahamas — Once again the owners of Radio House/Dinosaur Tribune have tried to push their agenda of “White is Always Right” and it has caused explosive results in its staffing and reputation.

BP’s Deep Throat in the 100 Jamz Dynasty has divulged some serious information about this so-called leader in the radio industry. The Canadian woman who was brought back to Nassau after being in exile in her home town to dry out from her “Kemp Road candies” has the place in shambles and the staff morale low. She befriended the Radio House Manager and upon him sanctioning her return, she turned around and lowered the proverbial dagger in his back.

Ever since she stabbed the boss in the back and bit the hand that fed her by causing him to be fired, she has sought to drive the staff crazy and put the place in disarray. The Canadian girl has a horrible reputation and is wrong if she felt leaving town and returning erases it. What we don’t understand is if one has such a tarnished reputation of sex, drugs and rock and roll, how does the laws of immigration, that governs foreigners working here in our country, allow her to return to a place that she “tore up” in the past and continues to since her return?

Why is it that Radio House/Dinosaur Tribune has been allowed, over the decades to gain work permits for WHITE foreigners who come in this country and treat our BLACK Bahamians like dirt. This has gone on for far too long and the government has got to put the bosses of Radio House and The Tribune in check as far as this issue is concerned.

Our source tells us that this girl’s intention is to clear house at Radio House so that she can employ her white friends’ husbands and boyfriends. Well BP says, WHAT IN THE HELL IS DIS???!!! Are we going back to the dark ages of slavery? It seems so as one set of whites housing a slave farm in the south west while the other set driving out talented, educated blacks from their jobs to employ their friends.

There has been a small exodus of Radio House staff as they simply can no longer work there with the Canadian girl behaving the way she does.

“This woman is like a demon!” said the BP source. “She will laugh and talk with you all the time she messing up your schedule to spite you or lying to the boss about you. She is a wicked woman but every dog has its day.”

BP’s advice to the Black staff of Radio House is to stand up for your rights. You are employed at that place and should NOT be subjected to the whims of a hateful white Canadian woman. Let these white foreigners know that this is your country and you have a right to live and work here. After all, a Black Bahamian can’t show up in Canada with a “stink rep” and be promoted to a top position then wreak havoc on White Canadian people. That cannot and does not happen so we should not tolerate it in our country.

BP challenges the government to look at the happenings of Radio House and evoke this woman’s work permit and send her packing back to the land of her birth where she can smoke, drink and inhale all the “candy” she wants.