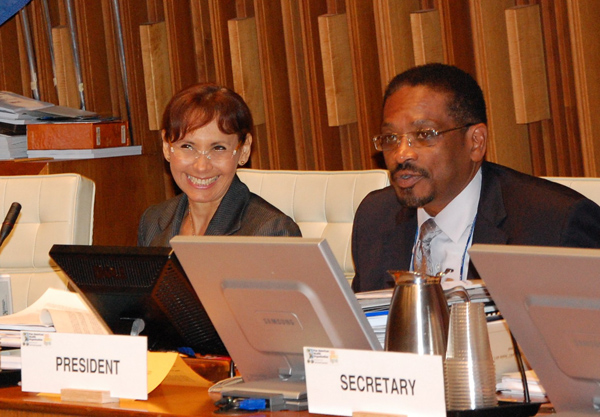 WASHINGTON, DC – While congratulating the Pan American Health Organisation (PAHO) and the countries of the region on reaching global and regional malaria control targets, the states of the Caribbean Community (CARICOM) on Thursday urged PAHO and the international community to redouble efforts to support malaria control efforts on the island of Hispaniola, home to Haiti and the Dominican Republic.

Dr. Pearl McMillan, Director of Public Health in The Bahamas Ministry of Health, gave CARICOM’s response to a proposed strategy and plan of action on malaria being considered by PAHO and the World Health Organisation (WHO) during the 51st Directing Council and 63rd Session of the Regional Committee, being held in Washington. States at the meetings endorsed the Strategy and approved the Plan of Action on Thursday afternoon.

According to Dr. McMillan, the efforts of PAHO and the countries of the region have resulted in “local level eradication and maintenance of malaria-free status both at national and regional levels.” CARICOM, she said, was proud of the effective utilisation of the available external resources [in the region], which demonstrated progress in relation to results-based management at both the regional and country levels. Special recognition was paid to Suriname, “for its efforts which have deservedly received international recognition.”

While she voiced CARICOM’s support of the PAHO resolution endorsing the strategy and adopting the plan of action on malaria, Dr. McMillan also voiced the region’s concerns.

“Particular attention should be given to a member island state in our region with increased prevalence and challenges related to control of malaria. These challenges pose a direct threat to many of our member states with movement of people,” Dr. McMillan said. “We therefore urge PAHO and the international community to redouble their efforts in support of the programme for the citizens on the island of Hispaniola to meet the needs of a greater public health response.”

“We are calling on PAHO to support the integrated vector control required for malaria and dengue management and to provide the countries with more effective tools in support of their vector control programmes.”

CARICOM countries have significantly increased national budgetary allocations to malaria control, which has enhanced the sustainability of achievements in connection with the Roll Back Malaria and RAVREDA goals.