Freeport, Grand Bahama — This morning is a hard morning to get up following that deadly plane crash in Grand Bahama which took the lives of Dr. Myles Munroe and his wife Ruth, assistant Pastor Dr. Richard Pinder and Youth Leaders Lavard and Randel Parks along with their young child, Stanley Thurston [pilot], a special guest out of Africa and another individual.

The tragic incident unfolded around 5:10pm Sunday afternoon when an aircraft crash-landed in the Freeport Shipyard section under bad weather.

Debris was scattered across a section of the shipyard. The section where impact was made produced mangled body parts sprawled visibly along the crash scene. A heavy smell of jet fuel was also present at the site as hot metal could be smelt from the rubble.

The global speaker and author, Dr. Munroe, had planned to open his annual Global Leadership Conference at the Grand Lucaya Resort in Freeport Monday morning. We understand speakers and attendees for the event were already on the island. We can also tell you at the time of the crash former Atlanta Mayor, Ambassador Andrew Young, sat waiting the arrival of Dr. Myles for a 6:30pm dinner, but that was not to be. There was no call of a delay to that dinner and the entourage from New Providence never arrived.

Conference organizers also gathered in a room at the Grand Lucaya awaited the team, but the room suddenly fell quiet and everyone awaited confirmation of the sad news that has rushed around the world in the speed of light.

Meanwhile, down at the BFM Diplomat Centre on Carmichael Road in the capital city of Nassau thousands drove onto the grounds in tears, some visibly shaken and screaming all uncertain as to what had occurred.

By late evening Prime Minister Rt. Hon. Perry Christie was a addressing member of the press on the matter. in his statement the Prime Minister said, “It is utterly impossible to measure the magnitude of Dr. Munroe’s loss to The Bahamas and to the world. He was indisputably one of the most globally recognizable religious figures our nation has ever produced. His fame as an ambassador for the Christian ministry preceded him wherever in the world he travelled, whether in the Caribbean, North America, Asia, Europe or Africa.

“He was a towering force who earned the respect and admiration not only of Christian adherents but of secular leaders both here at home and around the world.”

In a short statement issued by the conference promoters read: “On behalf of Myles Munroe International and ITWLA. We would like to inform you that the Global Leadership Forum will continue. The Forum will be for two and a half days (Monday, Tuesday and Wednesday morning). This is what Dr. Munroe would have wanted. Please keep his family and the ministry in prayers.”

Our team this morning is indeed sadden and exhausted. We pray for the families of all the victims who died. 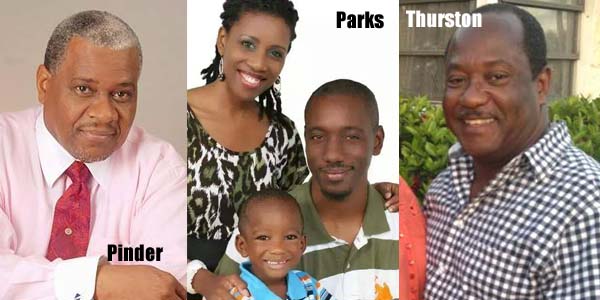