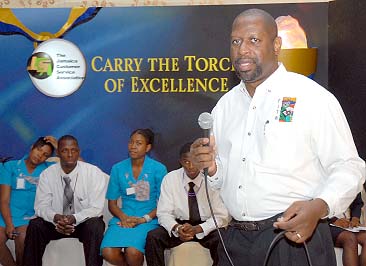 The home grown idea from The Bahamas, Festival in the Workplace (FITW), is getting increasing attention regionally in countries such as the Cayman Islands, Jamaica, Barbados and Trinidad.  FITW was conceptualized in 1997 by Roosevelt Finlayson who was joined in 1999 by Michael Diggiss as co-developer of the FITW process.

Mr. Finlayson’s visit stimulated some new thinking about the need to see the Cayman Carnival as an untapped resource to develop opportunities to stimulate the growth of small entrepreneurs.  Mr. Finlayson also highlighted the opportunity to use the Carnival to promote The Cayman Islands as a destination offering distinctive, cultural and heritage tourism experiences.

In November Michael Diggiss, Mr. Finlayson’s associate, delivered the closing keynote at the Jamaica Customer Service Association’s Annual Conference, held under the theme “Celebrating Gold!  Ignite a National Spirit of Service”.  Ilsa Duverney, chairman of the JCSA said in response to Mr. Diggiss’ presentation “Michael thank you for the energy and upbeat end to our conference.  And congratulations to you and Roosevelt for this wonderful concept of Festival in the Workplace.  May it continue to be honed into a sustainable concept in the Caribbean and indeed the world.”

Also in November, Roosevelt Finlayson and Barry Rassin, President of Doctors Hospital presented on FITW at the Second Caribbean International Leadership Conference in Barbados under the theme “Creativity, Innovation and Global Success”.

Roosevelt covered the FITW concept and model and its application in several pioneering organizations in the region.  Barry shared how he has applied some of the elements of FITW at Doctors Hospital and how FITW has impacted his leadership approach.  Their presentation was well received and several persons expressed keen interest in learning more about the process and how it could be applied in their organization.  Jeannine Comma, CEO of the Cave Hill School of Business said “the response to the concept was overwhelming, since many conference delegates saw the relevance and importance of such a dynamic concept and the benefits to organizational performance.” 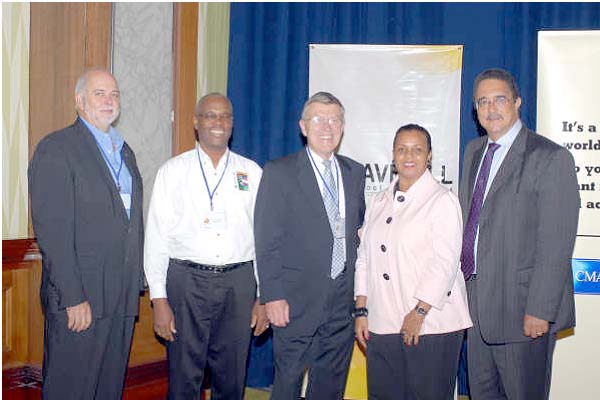