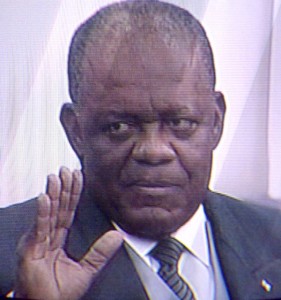 Mr. Ingraham began his farewell tour on Saturday visiting Green Turtle Cay.  On Sunday he visited Grand Cay where he attended services at the Shiloh Baptist Church.  He then travelled to Little Abaco.  During his visit to his constituency, Mr. Ingraham resided at his residence in Coopers Town.

In addition to his visits over the last several days, Mr. Ingraham and his wife, Delores previously hosted a “Thank You Reception” at the new Treasure Cay Beach Public Park.

He was first elected Leader of the FNM in 1990 succeeding the founding Leader of the party, the late Sir Cecil Wallace Whitefield. Mr. Ingraham served for 19 nonconsecutive years as Leader, the longest term in the history of the FNM.

Mr. Ingraham intends to tender his resignation to the Speaker of the House of Assembly on Thursday, 19 July 2012, the day and the month on which he was first sworn in as a Member of Parliament in 1977.