Chevron, TEXACO and RUBIS had retained Higgs and Johnson while here in the Bahamas! 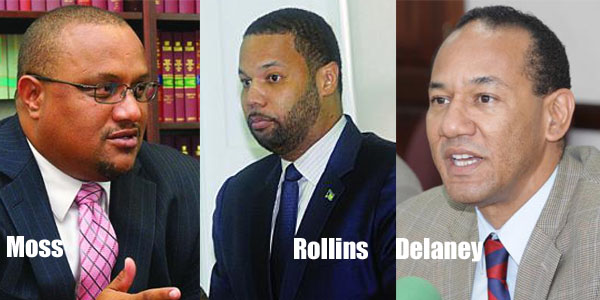 Rollins hasn’t attend any PLP Parliamentary Meetings in over a year and has abandoned the Community of Fort Charlotte!

Nassau, Bahamas — Greg Moss, the MP for Marco City (PLP) was not among those supporting the motion of rogue PLP MP Andre Rollins in his vain and idle attempt to embarrass his own party and leadership by moving a Select Committee to look into the Rubis Oil spill.

The whole effort was nonsensical. All the facts about Rubis are in the public domain. The matter is the subject of an intense legal dispute. The Department of Environment has been working with the MP and the company from the day the report was out to try and fix the problems.

The families (four in number) are aware of what is being done. The wells of those affected were discontinued immediately and Rubis now pays for the city water supply, dating back to the time the scientific report was issued.

There is monitoring of air quality and ground water quality going on today. The opponents keep hanging their arguments on the fact that the Attorney General supposedly had the report for a year before it was made public. That is nonsense.

Even if the AG had the report for a year, the fact is its conclusions were known and the environmental people went to work to fix the problem.

What we see now is simply pure politics. Mr. Rollins intends to continue to make himself a political nuisance. When challenged by Jerome Fitzgerald, who Mr. Rollins seems to have personal bee in his bonnet for, that Mr. Rollins would have a difficulty going back into his constituency of Ft. Charlotte, Mr. Rollins replied that he was not that kind of politician and things like that don’t concern him neither does the fact that he may not get reelected.

PS: BP commentary on the Rubis Oil spill in Marathon –

Chevron, TEXACO and RUBIS had retained Higgs and Johnson while here in the Bahamas!

What did the legal representative know about the spill?

When did they know it?

And wasn’t the former Attorney General John Delaney a partner in that firm?

Mr. Delaney had practised continuously at the law firm of Higgs & Johnson of which he was a partner since 1994, Managing Partner since 2007 and, as of 2009, Global Managing Partner with oversight of the firm’s combined Bahamas and Cayman operations. Mr. Delaney specializes in commercial litigation and financial services law and has for years been cited by international legal directories as a leader in his field.

QUESTION: Was Mr. John Delaney ever the lawyer on record for Texaco/Chevron?