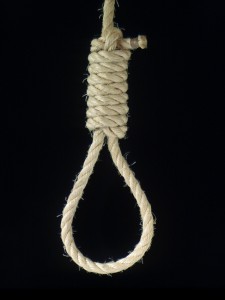 Initial police reports indicate, that shortly after 6:00pm, police went to a residence located  at Canoe Way, Lyford Cay, where they met the body of an unresponsive white male with a rope around his neck.

Investigations reveal the man is believe to be the caretaker of the home.

We understand from sources deep in the community that an apparent argument with his wife the night before could have played to today’s drama.

The wife we are told packed up and left the home last night and today, the husband was swinging from a chord.

All we say is this: Look at the thing you go through when ya say I DO!