Why did not the ATTORNEY GENERAL CALL THE POLICE? PLP UNCOVERS SCANDAL IN TOURISM <<< COOKIE MONSTER VANDERPOOL – WAS KICKBACKS PAID!!!

We have only recently come into possession of the full facts in this matter. There may be some who will question the timing of this statement but we have taken great care to verify the facts set out below.

We consider it our duty to bring this matter to the public’s attention because of the Government’s failure to do so. The matter needs to be brought out into the sunshine.  We owe that duty to the Bahamian people.

We wish to emphasize that everything contained in this statement is based on official documents. The facts are these: THE CONTRACT WITH TMA

THE CONTRACT WITH DESTINATIONS SOLUTIONS

QUESTIONS Having laid out the facts, we have the following questions –

BOY THIS ONE GA BE LONG! HOW COME PAPA DIDN’T CHOP OFF VINCENT? 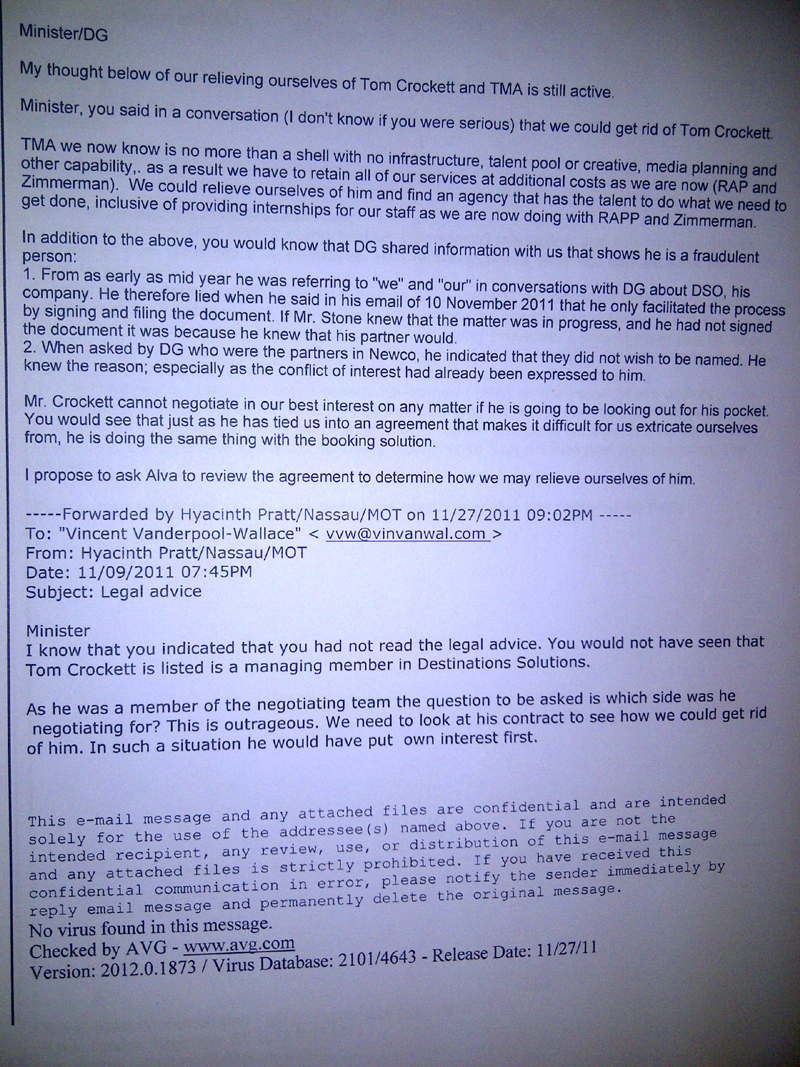 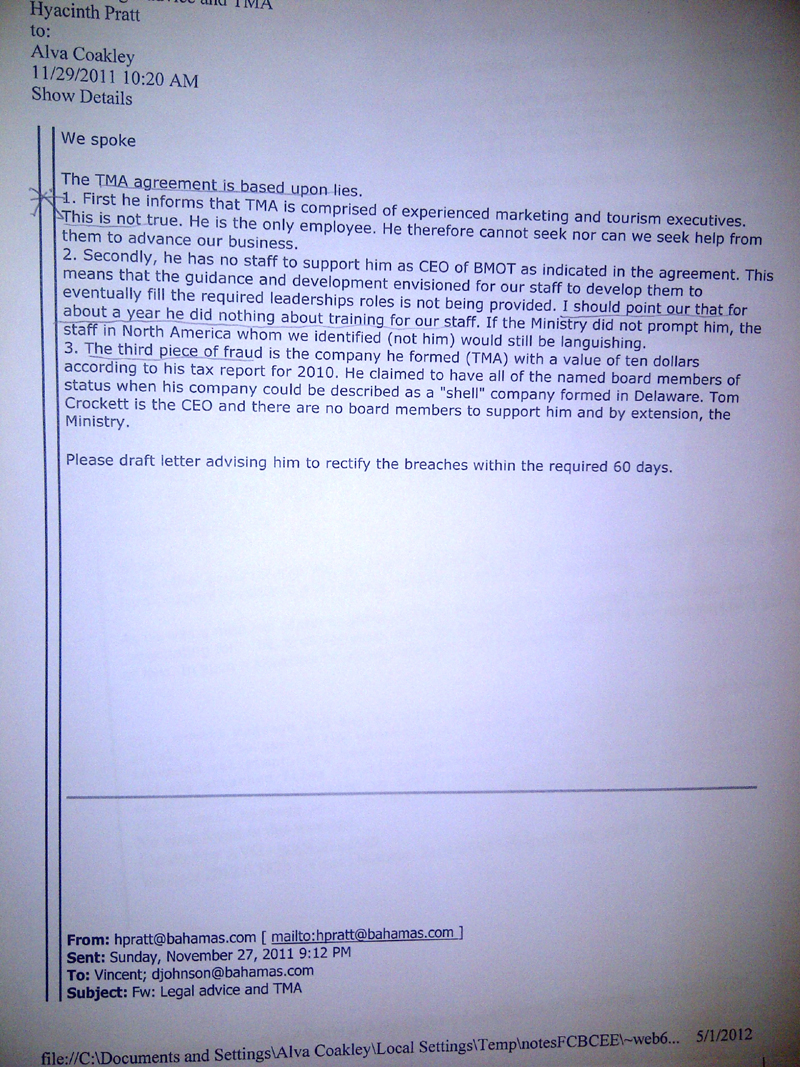 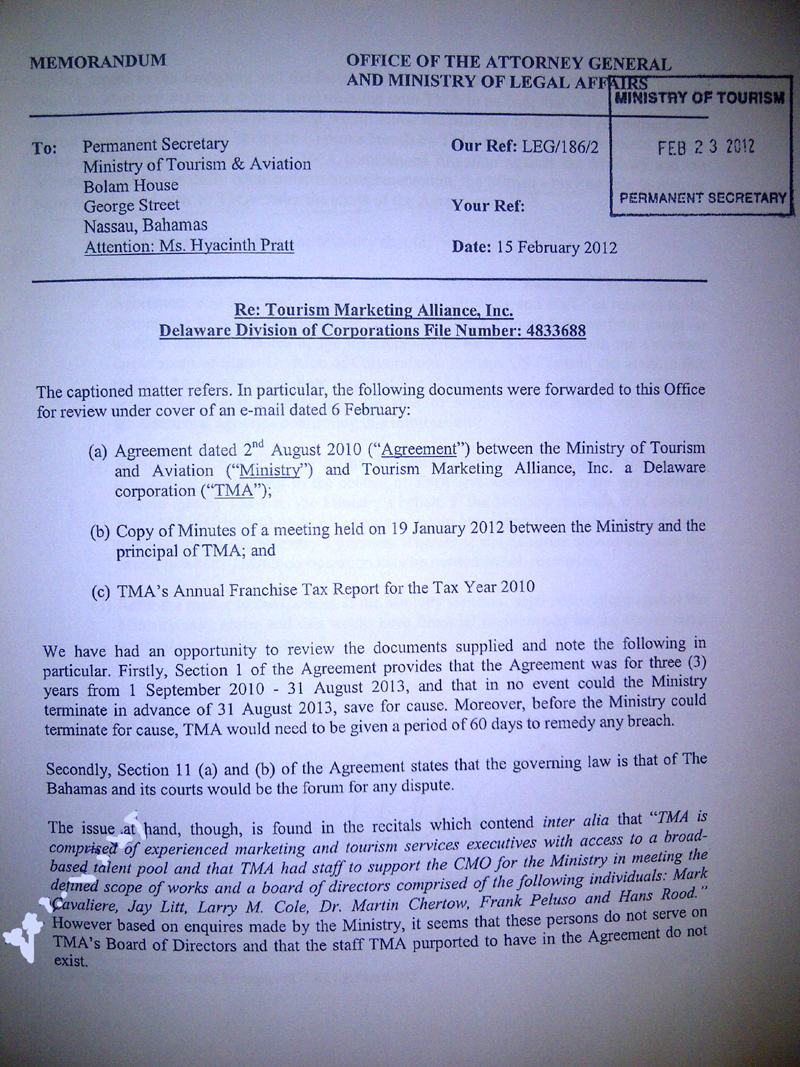 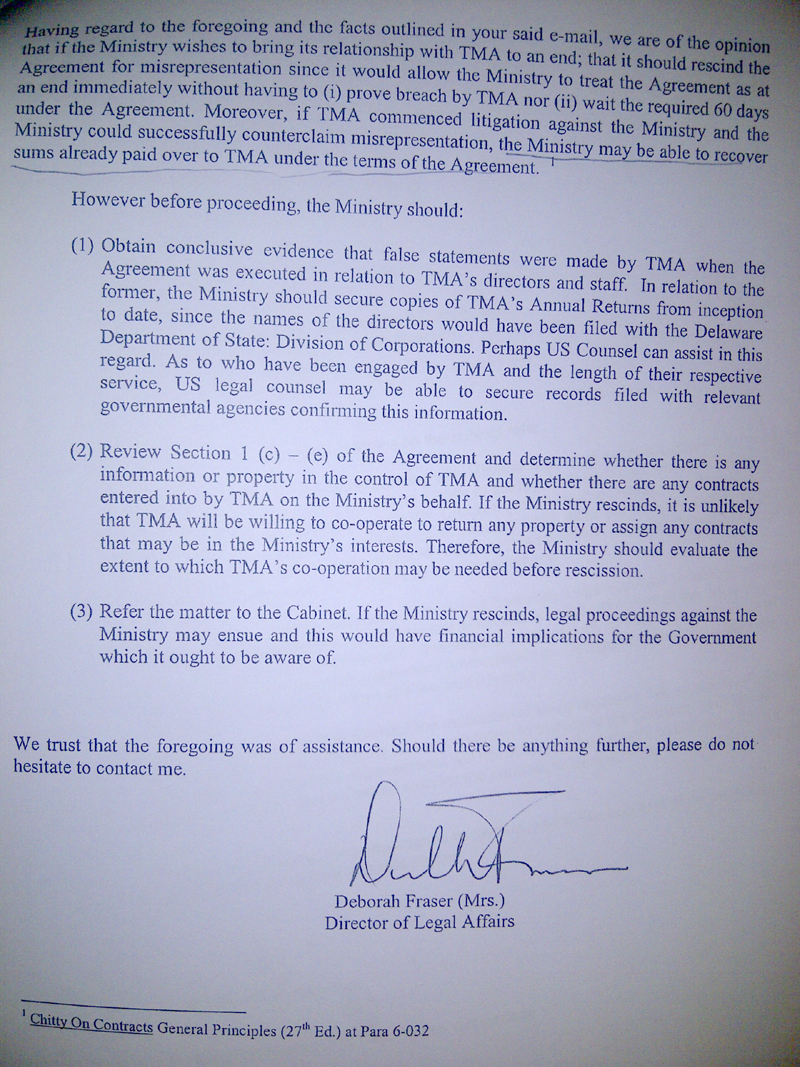