Who yinner think dropped a sea cow near the Sandy Bottom Project? 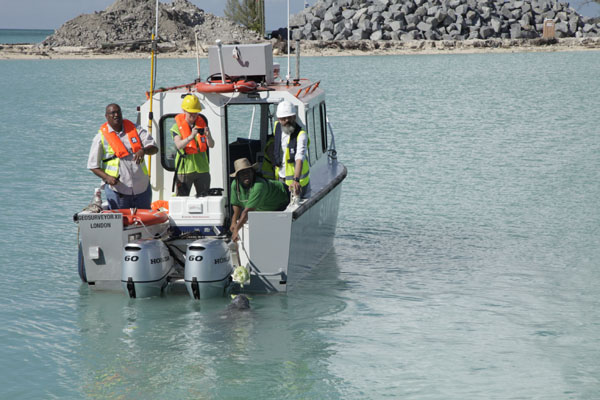 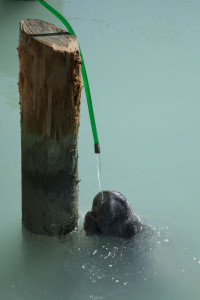 Nassau, Bahamas — It got everybody’s attention while bringing to a hault, a $232,000,000 development. You won’t believe what did it.

The dredging crew saw it earlier in the morning. This is when the operation came to an abrupt pause. The trouble after that was finding where it went. The fingers are an extension of the jetty used to track the ship lift and it was here at about 1000 hours that it surfaced again.

“One trick I learned a few years back was to hang a fresh water hose overboard and it will come up to drink,” said Commander Adrian Chriswell.

The creature must have been thirsty. It drank more than 5 gallons of water. Commander Chriswell’s hose trick actually worked. A special team from the BEST Commission and the Bahamas National Trust were notified earlier about the rare sighting. Most of the onlookers had never seen a manatee or even knew what one was.

Also known as a sea cow, this large protected aquatic mammal feeds on sea grass and has a secret lust for iceberg lettuce. The team used the lettuce to lure the manatee to safer waters.

Many attempts later, the team was able to lure the manatee to safety. The dredging resumed later in the day. 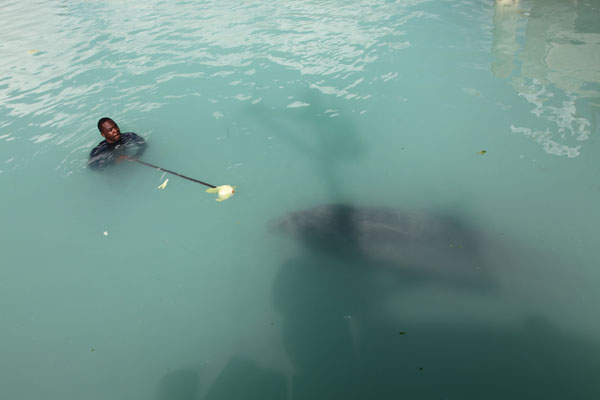