Nassau, Bahamas – The local chapters of Phi Beta Sigma Fraternity celebrated the organization’s international day of formation over the weekend with fellowship and worship.

The international organization celebrated 101 years of existence on January 9, 2015 and then celebrated at St. Matthew’s Anglican Church where the rector Canon Crosley Walkine is also a member of the fraternity.

“We are on the verge of a new centennial and we not only wanted to give thanks for what we have done but what we intend to do not only locally but internationally going forward,” said Derek Smith Jr., president of the local alumni chapter Delta Epsilon Sigma.

﻿More than 2 dozen brothers attended the service that was also the celebration of the baptism of Jesus Christ and Epiphany—which is essentially a story of worldwide unity. “This is the overwhelming message of our fraternity,” added Smith. “We seek to promote a culture of service and service for all humanity.”

The Founders deeply wished to create an organization that viewed itself as “a part of” the general community rather than “apart from” the general community. They believed that each potential member should be judged by his own merits, rather than his family background or affluence…without regard to race, nationality, skin tone or texture of hair. They desired for their fraternity to exist as part of an even greater brotherhood which would be devoted to the “inclusive we” rather than the “exclusive we”. 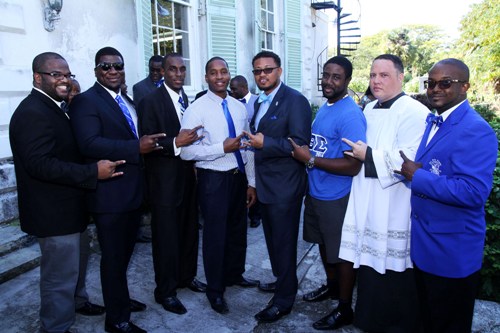 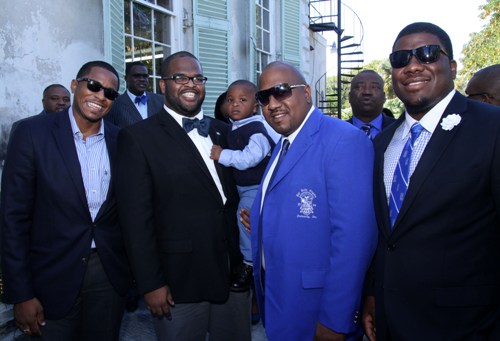 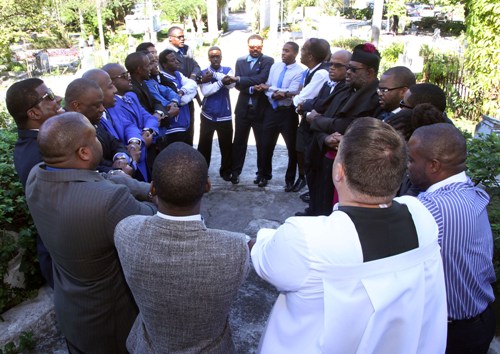