Bahamians are urged to monitor the developments…. 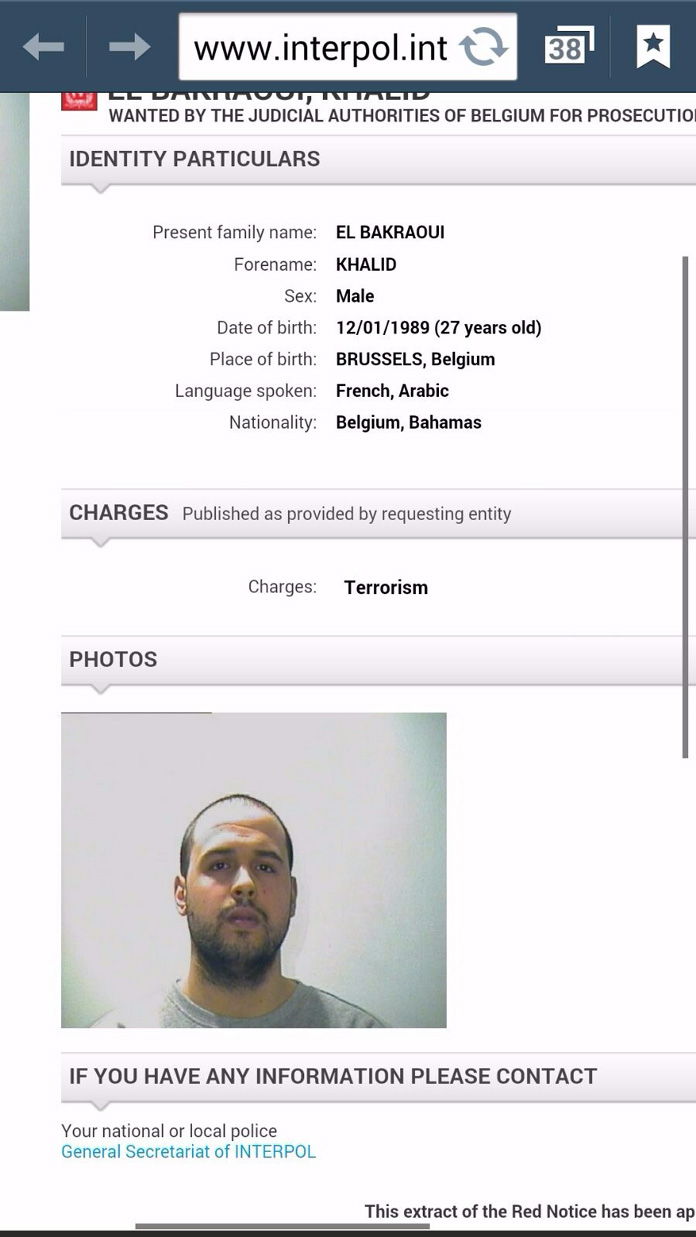 Nassau, Bahamas – Interpol has reported that a man born in Belgian with dual citizenship in the Bahamas was identified in that attack in Brussels this week.

Minister of National Security told the Parliament that there was no evidence which supported the report that Khalid el-Bakraui one of two had any citizenship in the country, however the matter was being investigated.

According to the New York Times Khalid el-Bakraui, one of the brothers who are suspected of bombing the airport and a subway station in Brussels on Tuesday, was the subject of an Interpol “red notice”, which is an alert to police officers around the world saying that he was wanted in Belgium on terrorism charges.

Excerpts from the notice that were posted publicly by Interpol say Khalid he was born on Jan. 12, 1989, that he spoke French and Arabic, and that he had dual Belgian and Bahamian nationality. He had been wanted since last August.

There does not appear to be a red notice posted on the Interpol website for his brother, Ibrahim.

Yesterday the Bahamas Government through a statement via its Honorary Consul in Brussels wrote the following:

“The Government of the Bahamas through its High Commission in London are closely monitoring the situation and extends its deep condolences and regret to the Belgian Government and All those who have fallen victim today.
The Bahamas High Commission in London is in touch with our Honorary Consul in Brussels and is recommending for all Bahamian Nationals in Brussels to take shelter in secured locations and avoid all public transportation.

Bahamian citizens are urged to be aware of local events, follow local authority instructions and to monitor local media for further developments.

The Bahamas High Commission in London and the Honorary Consul in Brussels will continue to work to determine the status of all Bahamian citizens in Brussels.

The Commonwealth of The Bahamas stands with the people of Belgium in this morning’s horrific attacks.”