Members of the Slack Panties Gang caught live on CAMERA stealing hair at a shop on Carmichael Road! 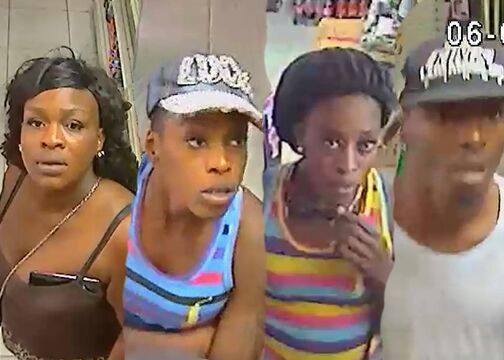 Members of the Slack Panties Gang .

Nassau, Bahamas — Police arrested three adult females for stealing on Wednesday 22nd April 2015, in connection with a surveillance video that was recently posted to social media.
Reports are that on 8th April 2015, video surveillance caught the three women in the act as they stole a number of items from a beauty supply store located on Carmichael Road. The matter was reported to the police, who commenced an investigation that led to the arrest of the three females by officers from the Flying Squad.