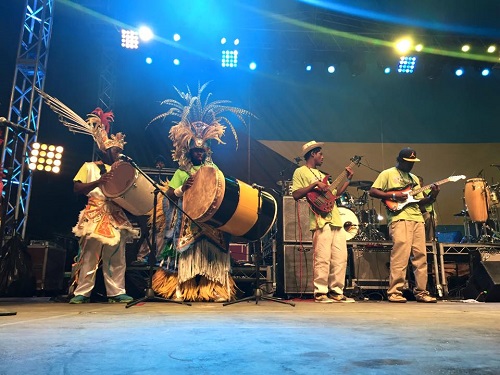 Nassau, Bahamas – The opening night of the Bahamas Junkanoo Carnival in New Providence was a colorful display of Bahamian art, music and dance as thousands gathered at Arawak Cay to participate in the inaugural celebrations.

Officials estimate over 15,000 Bahamians and tourists came to event, which began May 7.

“This is going to be a magnificent set of experiences we are going to have here on Arawak Cay, the Western Esplanade and on Ft. Charlotte, Clifford Park,” Prime Minister Christie said.

So please join us to having a lot of fun because I can tell you now without fear of equivocation that in the coming years this is going to be on the calendar of people all over the world and they are going to be coming here by the thousands to be joining us here in The Bahamas to celebrate Bahamas Junkanoo Carnival.”

Soon after, the sounds of goat skin drums, horns and cowbells filled the air as there was a short Junkanoo rush-out.

As the crowd continued to swell, participants witnessed a showdown between four bands in the first ever Junkamania competition.

The competition tested how the groups could put Junkanoo and traditional Bahamian music together.

In the end, the Colours Group won the competition and walked away with $15,000.

The group’s leader, Chris Justinian, spoke about his band’s experience.

“It was a pleasure to be a part of this first Bahamas Junkanoo Carnival. My band came together and it was a spectacular display of Bahamian music. We did a nice 10-minute display of Junkanoo music and used costumes. We used this to celebrate what we have,” he said.

After the competition, participants spent the remainder of the night dancing to Bahamian and soca music.

Performers were a mixture of Bahamian and visiting artists including Julian Believe, Skinny Fabulous, Alison Hines and Bunji Garlin.

The weekend is expected to draw even larger crowds as many are anticipating the Music Masters competition where nine artists will compete for $20,000.

This concert will climax with a performance from Trinidadian artist Machel Montano and Bahamian Grammy Award winning group Baha Men.

But the celebrations won’t stop there.
Soon after, Bahamians will participate in the Midnight Rush where anyone can join a group and dance through the streets.

While this is happening, Carnival groups will march to the Cultural Village site in beautiful costumes.

A Finale Concert will then be held to end Bahamas Junkanoo Carnival. 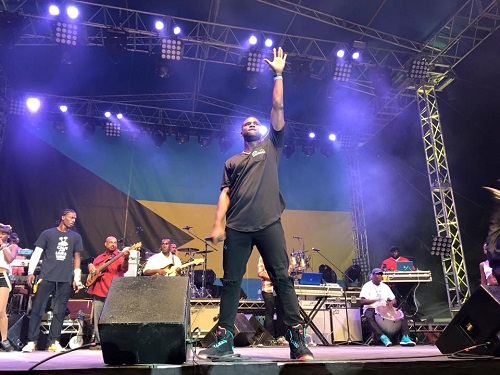 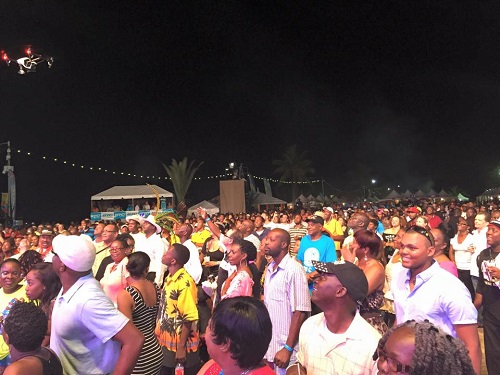