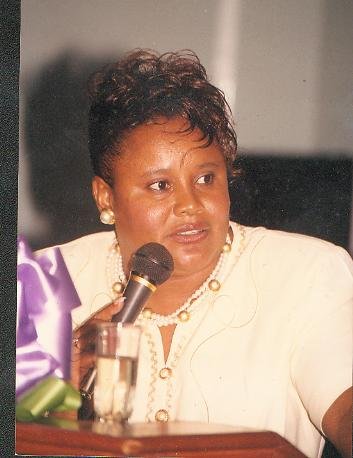 The faculty of The College of The Bahamas (COB), represented by the Union of Tertiary Educators of The Bahamas (UTEB), hereby inform the public of disturbing decisions and policy changes by College administrators and the College Council, which are now being forced on COB faculty and staff in contravention of good industrial practices.

Press Release
Disharmony at The College of The Bahamas

Despite attempts to work harmoniously with Administrators at the College of The Bahamas in our push toward university status, The Union of Tertiary Educators of The Bahamas (UTEB) must, at this time, break its long held silence over the latest in a series of cavalier and autocratic governance decisions and policy changes by College administrators – decisions and changes that continue to astonish and offend the faculty and staff of The College. UTEB wishes to say that it is unequivocally opposed to the manner in which this administration continues to circumvent the already established decision making process at the institution, particularly those processes leading to decisions which directly impact faculty.

We stress that any circumvention of UTEB’s involvement in the restructuring of schools and faculties, redrafting of the College Act or the adoption of policies that affect terms and conditions of employment is contrary to the Industrial Relations Act, the COB/UTEB Industrial Agreement, and the Memorandum of Agreement between COB and UTEB.

The Union feels it is unfortunate that, while college administrators and UTEB sit at the bargaining table negotiating a new Industrial Agreement, there have been attempts by the College and its governing council to create policies that should be the subject of current negotiations with UTEB. By circumventing proper negotiations in this way, they undermine the voice of labour in the governance of the College; thereby, creating an environment that undermines the good faith relationship UTEB has attempted to forge with the College’s senior administration and governing council.

For more than a year, verbally and in writing, UTEB has tried to get administrators and government officials responsible for educational oversight to recognize the importance of the faculty voice in the decision-making process. However, this has been to no avail. This administration, with the apparent support of the Council and education officials, has privately demonstrated that it views the Union as an obstruction to its efforts and continues to take hard-line positions against faculty and their interests. Over the course of the next few weeks, UTEB will make the Bahamian public aware of many of these positions, while at the same time, call into question the legality of the process by which they have been or are being implemented.

These matters are of major concern to us and the members we represent, and only when those issues that arise, are properly addressed will the proposed University of The Bahamas attain the pinnacle it seeks and best serve the needs of its constituents. UTEB wants to remind College administrators that what the Bahamian community gets in the end as The University of the Bahamas must be seen as a product that evolved from a wholly collaborative effort. It should be seen as the vision of all its stakeholders, including the faculty union.