The first week of Value Added Tax (VAT) implementation has been a proverbial nightmare for both businesses and consumers around the country. As expected, this Christie administration has again failed at the execution of a major policy initiative; and has, in effect, betrayed the confidence of the people of this country, yet again!

After being promised a reduction in the cost of living, Bahamians now face drastic increases on even bread basket items while seeing no increases in their salaries and no economic improvement. After being promised Mortgage Relief, thousands of already struggling homeowners are waiting with bated breath for confirmation on whether or not VAT will also be added to their mortgage payments. After being promised transparency in governance, Bahamians are forced to navigate this new environment without one very critical legislative element: A FREEDOM OF INFORMATION ACT!

The last seven days have proven that this government was ill-prepared for the implementation of the new tax regime. Since January 1, both social and traditional media outlets have been flooded with complaints ranging from the apparent lack of consumer protection to the lingering confusions and frustrations felt by a business community struggling to find its footing in the still murky waters of the country’s Value Added Tax laws.

Rather than a seamless, well executed application of the new tax, incomplete and sporadic explanations from government officials have left many to interpret the laws as they see fit. In fact, what few mechanisms were put in place to educate the public and mitigate against the challenges surrounding the new regime have failed miserably. The Democratic National Alliance has received countless complaints from Bahamians who have reportedly been unable to reach anyone at the government sponsored VAT hotline, both here in New Providence and on Grand Bahama Island. And what happened to the proposed government agency that is to be responsible for the collection of VAT revenue? Or the naming of the VAT Comptroller? Certainly, these administrative issues should have been addressed long before the implementation date. Unfortunately, recent media commentary from the Minister responsible indicates this LATE AGAIN government is still working to finalize those details.

While disappointing, the government’s handling of the entire VAT process is unsurprising. From the very beginning, the legislation governing the process was challenged, overly complicated and faced countless delays. Instead of using those delays to its advantage the government squandered the additional time, releasing the still UNFINALIZED DRAFT of the VAT Regulations just days ahead of the actual implementation.

Without question, VAT implementation thus far has been a failure of titanic proportions and this government which claimed it was ready to govern ON DAY ONE, is allowing our country to slowly sink. 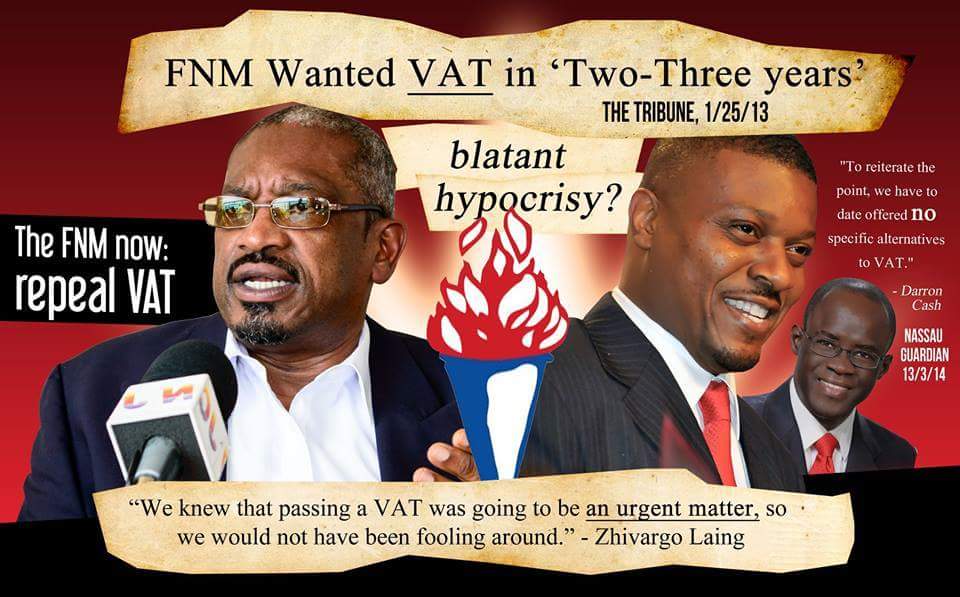