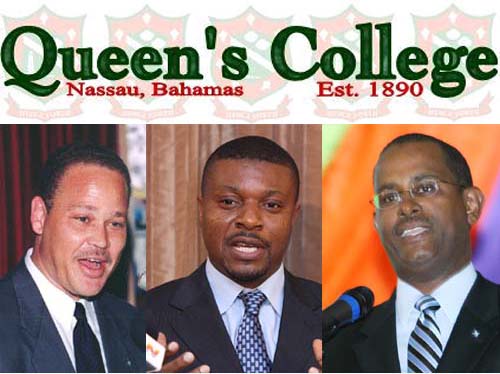 Nassau, Bahamas : We at Bahamas Press, are glad to see that the scandal-ridden Education Minister, Carl Bethel, is feeling better because during his contribution to the Budget Debate (Wednesday, June 11th), he was up to his usual boorish behavior. Bahamas Press says ‘feeling better,’ because a few weeks ago after Bahamas Press broke the story of statutory rape of a female minor by Minister Bethel’s 17 year old son on the grounds of Queen’s College, Minister Bethel looked as if he had lost his only friend while attending House of Assembly proceedings.

But on Wednesday, June 11th, the minister talked about situational ethics having no place in the functioning of a government! Look who’s talking? It certainly was and still is a case of situational ethics when it comes to his son’s act of statutory rape and he was not charged. Ethics played no role in that situation! Of course we cannot forget the role that Mrs. Shawn Turnquest, the vice-Principal of Queen’s College and wife of the National Security Minister, Tommy Turnquest. There was no ethics exhibited by her in the situation where statutory rape was committed under her watch! Having to assume that National Security Minister, Tommy Turnquest, was apprised of the situation, certainly no ethics played a role of being duly-sworn to have his ministry investigate the statutory rape! And then there is the scandal-ridden Minister of State for Finance and saved and sanctified holy-roller, Zhivargo Laing…With him knowing that his wife was a member of a four person panel looking into the statutory rape, ethics played no role in he guiding his wife to do the righteous thing—but then there may be a reason for that.

We at Bahamas Press have been reliably informed, by a parent who questioned their child about the scandalous happenings at Queen’s College, that Zhivargo Laing Jr, a 13 year old ninth grader of Queen’s College was the look-out person for young Bethel while the act of statutory rape was being committed! Laing Jr., was looking out and young Bethel still got caught! Like fathers, like sons.

We at Bahamas Press do not relish revealing the scandalous facts concerning a matter of statutory rape, Queen’s College and The Methodist Church. But if it is left up to us, we shall continue. So again, we at Bahamas Press are calling on The Methodist Church to resurrect their once-stellar denominational reputation and that of Queen’s College by bringing the cover-up culprits to public scrutiny. We also ask The Free National Movement Government to publicly address this scandalous act and cease and desist from acting as if no laws were broken. Or at the very least put measures in place that will prevent any such thing like this happening again, because as it stands now, The Free National Movement Party has the dubious honor of protecting two generations of scandal-ridden members who only know ethics when situations arise where they are not at fault.