Lyford Cay Resident continues to fight against the duly elected leaders of the Commonwealth of the Bahamas – Calling police “Terrorists” – Group now calls for Bacon to be placed on the stop list!

The beginning of the END OF THE Protect CLIFTON Bay Saga!

Nassau, Bahamas — The legal maneuvers to get Eileen Carron, The Tribune and the Protect Clifton Bay Coalition to answer claims of defamation against Attorney for Peter Nygard – Keod Smith – have begun in the courts.

Attorney Keod Smith has filed in the Supreme Court against the three parties, making claims that one of the three for Louis Bacon has committed defamation in articles presented in the morning daily.

Eileen Carron and the Tribune have leaned strongly on the side of the Clifton Fight, even creating stories against guest Louis Farrakhan when he came to the Bahamas for a visit recently.

In his application to the court, Smith claims that on Wednesday 1st May, 2013 the parties named published via the Tribune an editorial under the headline: “The Bahamas – A country in meltdown”, in which it is noted Smith was defamed.

The Application also points to an article published on Tuesday April 23, 2013 under the headline “Who is in Charge of Clifton Bay?” – another article making defaming remarks against Smith.

Smith points to a case where he believes both articles were indeed influenced by Louis Bacon are: “…. defamatory in general terms as they were designed, inter alia, to embarrass and propagate untruths about the Plantiff thereby injure his reputation by: –

“Lowering him in the estimation of the Bahamian public and his peers socially and professionally and or embarrass or otherwise level prejudice or harm against him; and

“Putting him in public odium suggesting that he brings disrepute to the official offices he had held as Environment Ambassador and BEST Chairman; and

“Suggesting that he had lied or otherwise misled the Bahamian public about the level of the support by the public of his organization,” the Application notes.

Smith in his Application before the court concludes that the articles have “caused and continue to cause the Plaintiff to suffer serious and irreparable damage to his professional integrity, public life and character,” and added that they “knowing the content to be wholly or practically false or recklessly not caring whether any part thereof were true or false”

Smith has issued a Demand Letter on Thursday 2nd May for a retraction. However, defendants Carron and Coalition failed to comply.

Smith is the lawyer for fashion mogul Peter Nygard, who has come under a wave of attacks by his neighbour Louis Bacon.

Last month in an unholy war against the Police, Bacon in a letter published in the Tribune called the men and women of the Royal Bahamas Police Force “Terrorists”! The comments came following a search by police which discovered a cache of weapons in his Point House home in Lyford Cay. WOW!

During the last election many operatives of Louis Bacon – BNT and the Coalition – supported the Free National Movement, which lost to a landslide. Nygard supported the Christie led PLP which assumed control of the country. 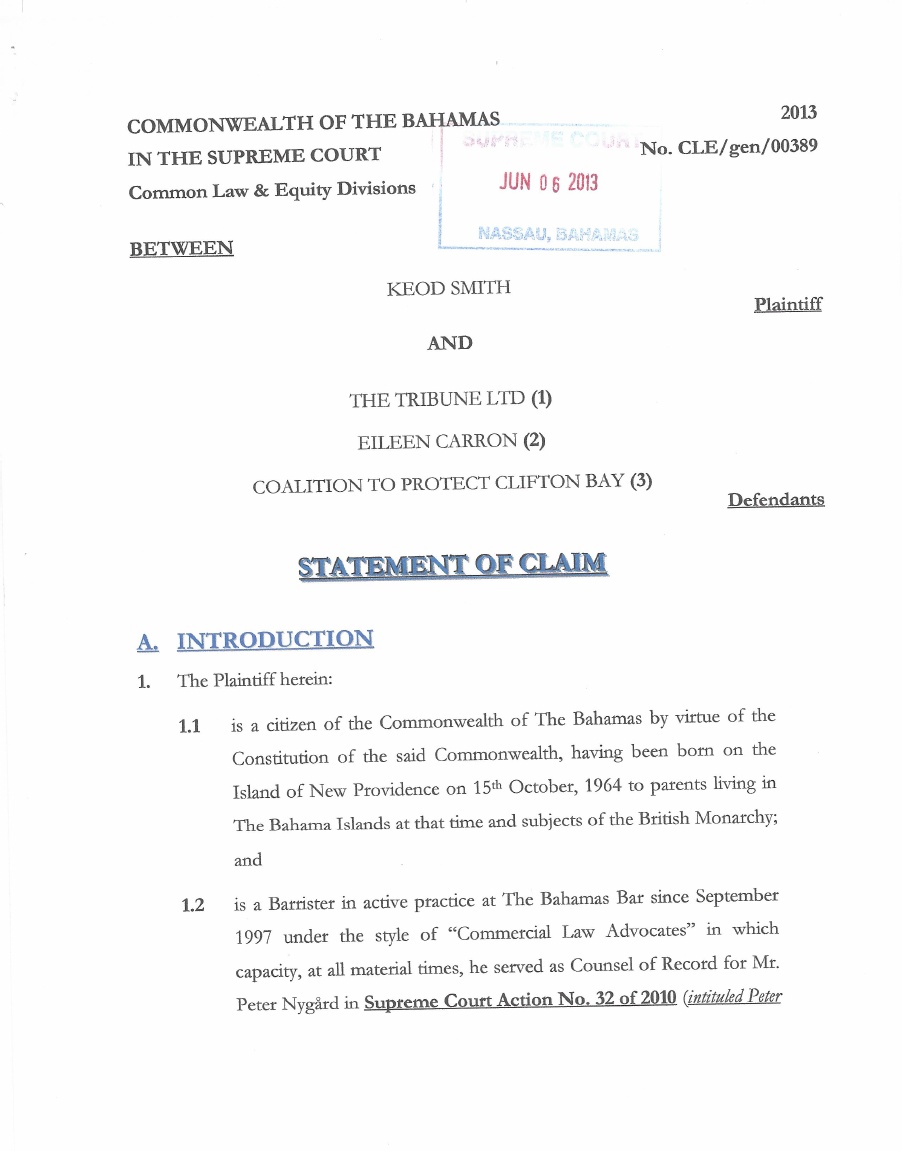 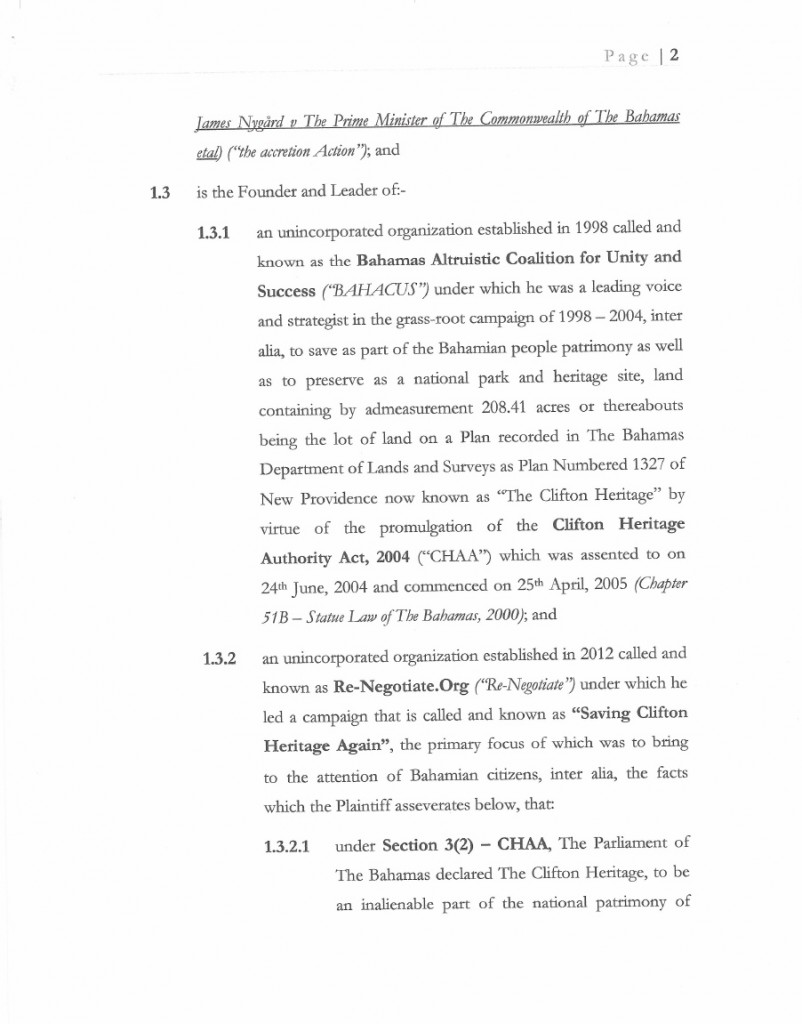 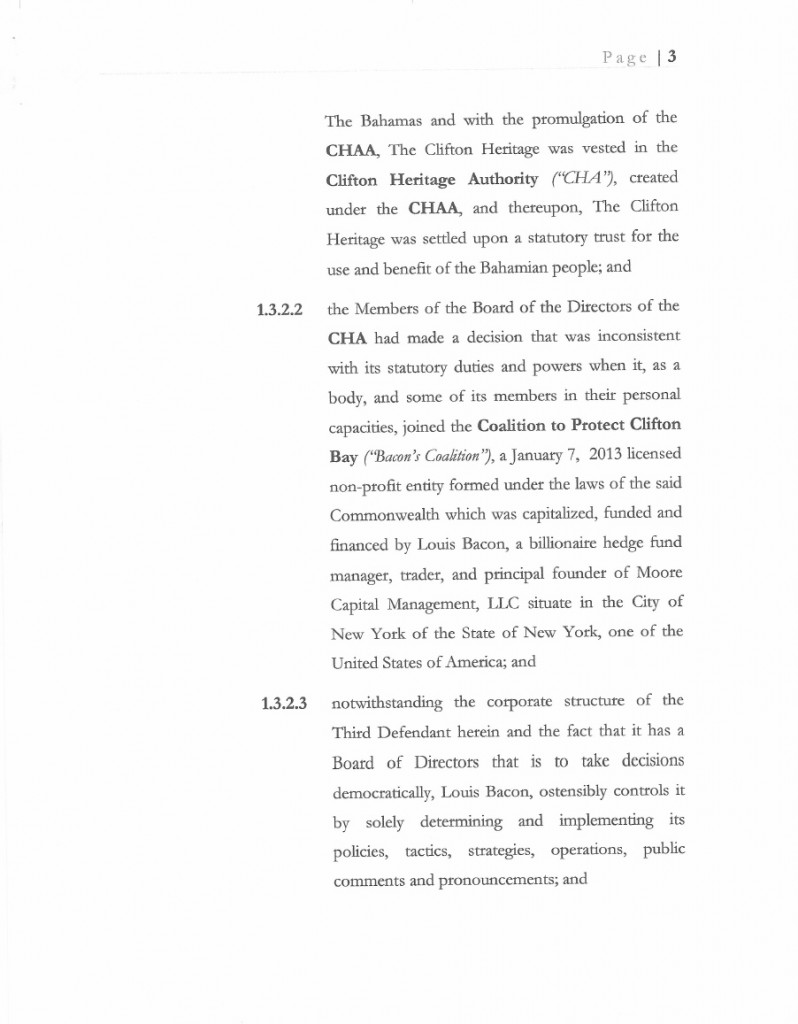 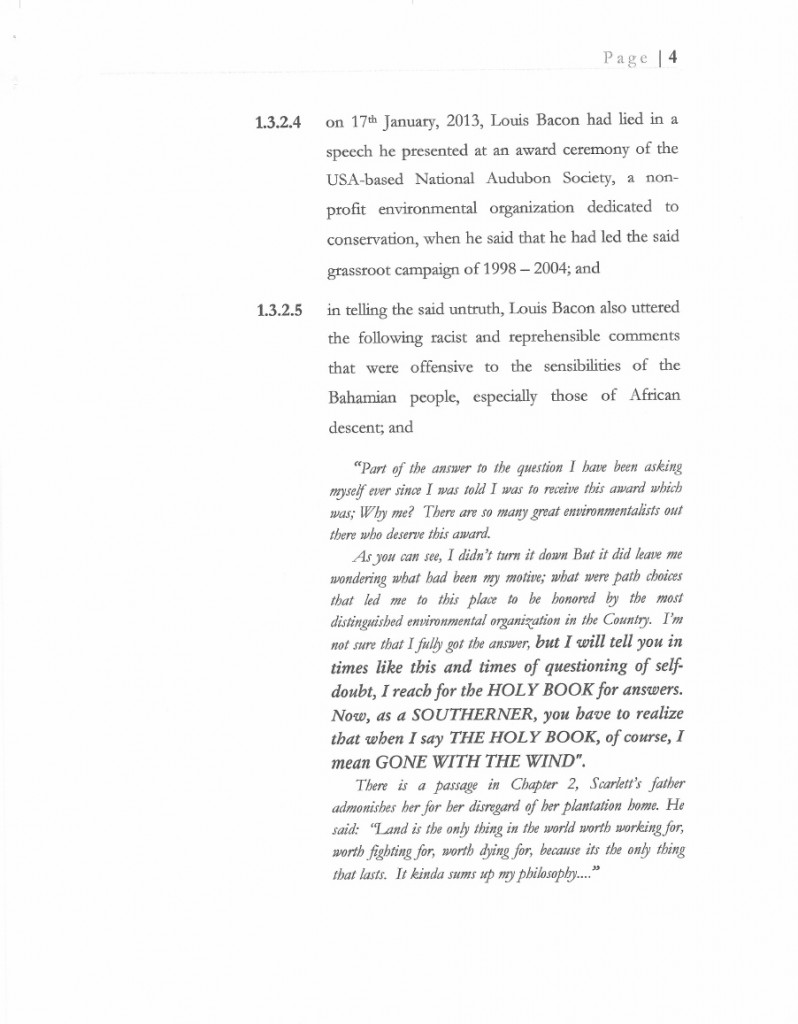