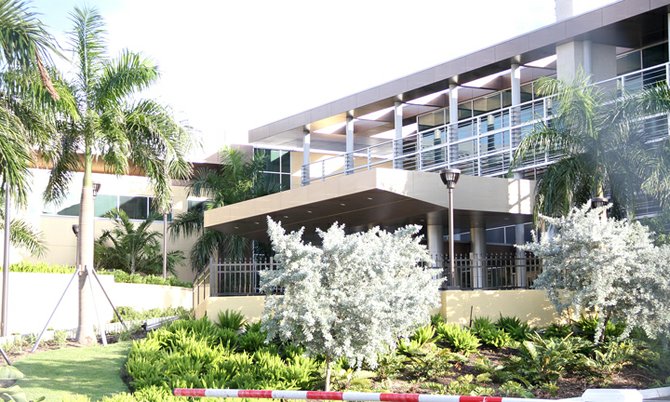 OFFICIALS at the Public Hospitals Authority have refuted an auditor’s findings that $10m in pharmaceutical inventory went missing last year, blaming the discrepancy on data entry errors that had already been corrected.

According to documents obtained by The Tribune, PHA Finance Director Daniel Knowles said he found it “difficult to believe” that internal auditors, who originally raised the alarm, did not recognise the errors given that the authority’s total yearly inventory had never exceeded $4m.

In a letter addressed to PHA’s Managing Director Herbert Brown last week, Mr Knowles added that the pharmacy inventory for the Princess Margaret Hospital had not exceeded $1.5m for 2012 and 2013.

Mr Knowles’ clarification letter follows a lengthy criticism written in June by PHA management over the forensic audit conducted by UHY Bain & Associates’ managing partner John Bain into the PHA’s supply of pharmaceutical drugs and medical supplies. Mr Bain’s report was completed at the end of March. On Wednesday, Mr Bain told The Tribune he stood by the findings in his company’s report.

The UHY forensic audit referred to findings reported by the PHA’s Internal Audit (IA) Department on July 26, 2013, adding that there had been no satisfactory explanation for the missing drugs and supplies.

Mr Knowles explained that the error was picked up in a pre-inventory report that indicated total inventory was valued at $11,643,373.40 before June 29, 2013.

Upon examination of that report it was discovered that unit values for two drugs, Isopropyl Alcohol and Dextrose 50 per cent, were incorrectly entered into the PHA’s GE Centricity inventory system. The two items reflected a total of $8,757,448.06, which was corrected before the physical inventory count, Mr Knowles said.

“It was discovered that Isopropyl Alcohol was calculated using the gallon price of $24.50 instead of 0.006 cents per millilitre,” the letter read.

One gallon of Isopropyl contained 3,785.41 millilitres and each case of Dextrose contained 24 bags, he explained.

“The internal auditors should have recognised this as an error,” the letter continued, “as in the history of the PHA we have never had total inventory of more than $3.9 million. As a matter of fact for PMH, pharmacy inventory for 2013 and 2012 was $1,283,854 and $1,003,981 respectively. These are numbers verified by our external auditors.”

The letter added: “Internal Audit was a part of all the year end counts. So for them not to recognise the value of these two items as an error is difficult to believe.”

The UHY report covers the period of July 1, 2006 to June 30, 2013, with some references to earlier periods. It was completed at the end of March this year, but its contents were not made public until the document was leaked to the media nearly two weeks ago.

In the July 2013 Internal Audit (IA) report on PMH pharmacy’s year-end physical inventory count, which was also obtained by The Tribune, the internal auditors charged that the Finance Unit had failed to fulfil its role in the inventory count process at year end, and was negligent in performing functions regarding the inventory process throughout the year.

This category includes, but is not limited to: potential life/safety threat, loss of public trust; absence of policy or procedure, lack of major control steps; material weakness resulting in the potential for fraud; process weakness resulted in breach of legal requirement or PHA’s policies; or significant lack of reporting or monitoring results in high risk of no problem detection, no audit trails or reports.

The IA report concluded there was a gross misstatement of inventory values and a “minimal integrity” in the pharmacy staff that operated the inventory system, adding that sample testing revealed more than 75 per cent of adjustments were not properly uploaded into the system after the physical count exercise.

The IA report read: “It is important to note that if the inventory value is incorrect, the financial statements are therefore not correct. The failure to make timely adjustments delays the scheduled financial reporting. Therefore management needs to be more accountable for the monitoring of the inventory process by performing weekly reviews and taking ownership of the reconciliation process.

“Management’s continued circumventing of the process should result in disciplinary action,” it added.