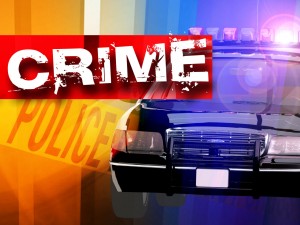 Nassau, Bahamas — There are more attacks on government officers. BP is reporting a break-in at the Customs Building.

Sometime last night Bahamas Customs warehouse located on JFK Drive was broken into and a number electronic equipment stolen. The incident is shocking and represents a continued attack against the people of the country.

Sometime around 9:20 am on Wednesday 22nd September, 2010 officers of the mobile division while on routine patrol on Faith Avenue South observed a male acting suspiciously.  Officers conducted a search of the male and discovered a quantity of ammunition.   The 24 year old male of Faith Avenue South was taken into custody.  Police investigations continue.

Sometime around 7:40 pm on Wednesday 22nd September, 2010 police received information that a male was stabbed in the area of Soldier Road and Red Land Acres.  Police responded and information received that a male while at his residence was attacked by three (3) males and subsequently stabbed multiple times to the body.  The 17 year old male was taken to hospital via private vehicle where he succumbed to his injuries a short time later.  Police are following significant leads into the matter. Police are questioning a number of males in connection with this incident.  Police investigations continue.

Sometime around 11:30 pm on Wednesday 22nd September, 2010 police received information of an armed robbery at Nassau East North.  Police responded and information received that a female on arrival to her residence was approached by a dark male clad in a white t-shirt and jeans pants allegedly armed with a shotgun.  The culprit robbed the female of her handbag containing an undetermined amount of cash and her 2006 silver Honda Accord L/P number unknown and fled the area in an unknown direction. Police are investigating.