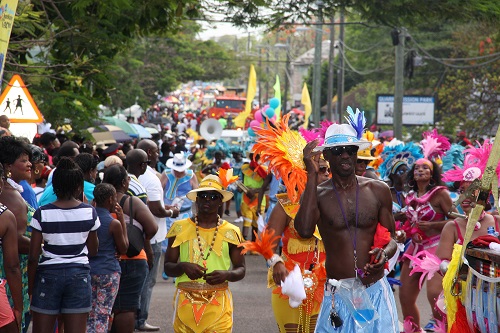 By Jerry Roker for Bahamas Press

What a show! And mother nature cooperated fully.

In spite of the naysayers, fueled substantially by those who are opposed to the Christie PLP government, the Bahamian people participated in our first carnival in a magnificent manner. Also impressive, was the thousands of visitors who graced our shores, specifically to participate in the carnival.

From day one, PM Christie was very clear in his enunciation of the objective of carnival: reduced to its lowest common denominator, to produce economic activity and expand entrepreneurship.  The Bahamas was probably the only member of the caribbean community that didn’t have a carnival until this year off course. And based on all the foolishness i have heard in the immediately preceding 4 months, i can only conclude that, for the most part those talking, hadn’t a clue as to what carnival is all about. They simply opposed it because they don’t like Christie.

From all indications, the carnival was a massive success. For me personally, the moment was watching Ronnie Butler perform. I literally got goose pimples. What a class act this guy is! It would’ve been real nice if Sweet Emily could have joined him for the rendition “Look What You Do” but that was not to be. Why? Politics? Religion? What a shame!

Mr. Branville McCartney, leader of the DNA has demonstrated political maturity on this matter, in that he attended. Kudos to him. I have always observed that FNMs when not in government, have a reduced enthusiasm for our Independence celebrations. You ought not to play politics with national events.

We owe a debt of gratitude to Mr. Paul Major, Mr. Roscoe Dames, and the other carnival commissioners for taking the vision of PM Christie and executing it in such a splendid fashion. For a first effort, you guys did us proud. The political bashing you took from opponents of PM Christie seemed only to serve as fuel for your journey. That is what leadership is all about.

I believe Ronnie Butler is deserving of the highest honor this country has at its disposal. He is a cultural icon of huge proportions. Indeed he is one of our finer sons. Sir Ronnie Butler sounds good to me.