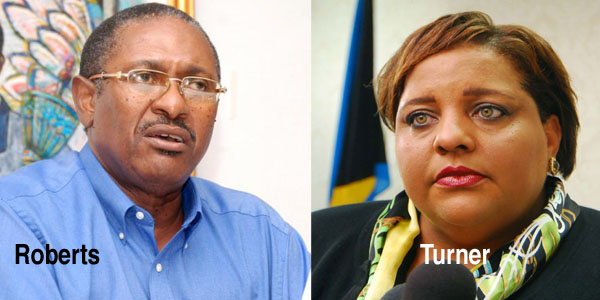 Loretta Butler-Turner is confused. I offer a very simple proposition to the Bahamian people and it is simply that every single complaint the Honorable member for Long Island could muster up is a snapshot of the condition the FNM left the country in back in May 2012. The FNM leader admitted that his government left the country in a “wheelchair.”

The employment prospects for The Bahamas is the best it has been for a long time and has come a long way after unemployment doubled – that is, unemployment increased by a whopping 100% under the stewardship of the FNM. Conditions were so poor for the average Bahamian under the FNM that literally thousands of Bahamians had simply lost confidence in the FNM’S ability to competently manage the country’s economy as evidenced in the large number of “discouraged” workers in consecutive labour reports. The record shows that in 30 months, over 8,800 jobs have been added to the economy.

The last person or party to open their mouth about BEC is the FNM. Its record of managing BEC is atrocious and still laced to this day with the stench of corruption as the diesel engines that were the subject of a criminal bribe under the FNM continues to cause many problems for BEC and the Bahamian people more than a decade later. The FNM will NEVER live down that massive BEC debacle as the problems of BEC are largely the result of FNM corruption and mismanagement. Further, Mrs. Butler-Turner may have been asleep as the reduction in the cost of energy has obviously eluded her.

I offer some unsolicited advice for the Honourable member for Long Island: instead of complaining about the restructuring of Scotia Bank, she should be appealing to the bank of the Bahamas to open a branch in Long Island. That is what a useful Member of Parliament should be doing. She might be ashamed after their terrible mismanagement of that bank while in office and their ill-advised public campaign against the bank that could only have forced the bank into bankruptcy as a consequence.

I offer a parting shot. That statement issued by Mrs. Butler-Turner can only have a sliver of credibility if she or any member of the FNM leadership can point to one key performance indicator where The Bahamas is worse off in 2015 than it was in 2012 when the FNM was kicked out of office.