Guyana suspends China State Company over missed deadlines… WHAT IS THIS? 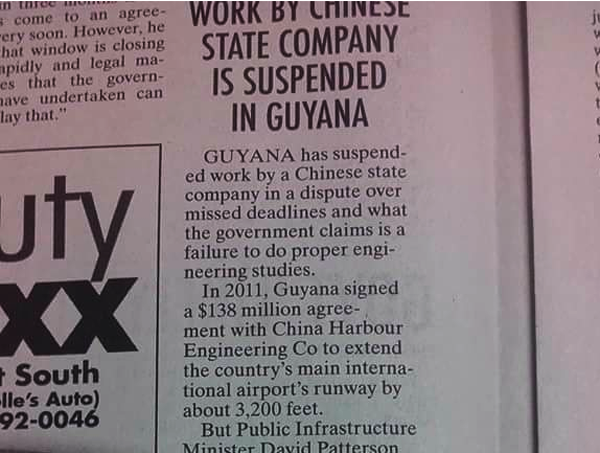 GEORGETOWN, Guyana — Guyana has suspended work by a Chinese state company in a dispute over missed deadlines and what the government claims is a failure to do proper engineering studies.

But Public Infrastructure Minister David Patterson said Wednesday that he has ordered the company to cease work at Cheddi Jagan International Airport until the disputes are resolved.

Guyana says the company did not do proper soil tests on the land targeted for the extended runway. Tons of sand dumped as foundation has been getting subsumed by nearby marsh.

The work was expected to be finished by September. But officials now say it won’t be ready until 2017.