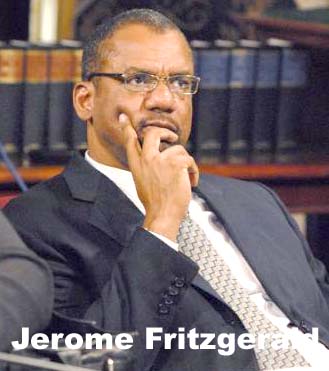 Re: Petition Against the Relocation of the Container Port to Arawak Cay

Enclosed herewith please find the names and signatures of thousands of Bahamians who have taken the time to voice their clear and unequivocal opposition to the relocation of the container port to Arawak Cay. We are, however, concerned by the amount of persons who were against the said relocation but were reluctant to sign the petition for fear of victimization by your Government.

These courageous Bahamians who have joined with our Committee speak now with a loud and clear voice to state that there was no transparency in the process with regard to the relocation of the container port. It has proven to be an environmental disaster. We have no doubt that when all of the facts come out surrounding the financial implications to the people of The Bahamas, it will prove a financial disaster as well.

The Minister for the Environment, Dr. Earl Deveaux, has proven to the Bahamian people that he cannot be trusted. He has misled the public in many instances and lied to the Bahamian people on other occasions. One only need look at the colour of the seawater stretching from the extension of Arawak Cay down the whole length of the Cable Beach strip where Bahamians and tourists alike are concerned, and rightfully so, about swimming in the murky, milk-coloured water which is filled with particles of dredged material. The Minister stated that this would not happen and that it would be safe for persons to swim at Saunders Beach and along the Cable Beach strip. It is obvious now to the Bahamian people that he cannot be trusted and he has earned the title of “Minister Against the Environment”.

Our Committee has put many questions to Dr. Deveaux which he has either been unable to answer, outright avoided answering or simply lied. We now put some of these questions to you with the expectation that you will be more forthright and honest:-
1. Why has the Government ignored the 2005 EIA by Coastal Systems International?

2. Why has the Government chosen Arawak Cay for the relocation of the port when it was ranked sixth out of seven as the least favorable location?

3. Who is Blue Engineering Limited? Did they go through a prequalification screening by the Best Commission? Is there any relationship between the principal of Blue engineering Limited and any member of the major shipping lines in Nassau?

4. Has a traffic impact assessment been completed with regard to the impact the port will have on traffic on West Bay Street, and if so, where is it?

5. Has a noise and air pollution study been completed, and if so, where is it?

6. Has a financial feasibility study been completed, and if so, where is it?

8. Who are the 18 to 20 proposed owners of the new port at Arawak Cay and in the case where an owner is represented by a limited liability company, who are the beneficial owners of those companies?

9. How many individuals own shares in more than one of these companies and in which companies do they own shares?

10. How many Cabinet Ministers own shares, either directly or indirectly, in any of the companies that are to own the container port and how many of the said companies do they own shares in?

11. With regard to the fifty-foot extension or boardwalk behind parts of Bay Street, has the contract been awarded for this extension?, and if so, to whom? and when was it signed? and what is the amount of the extension?

12. Which properties on Bay Street will benefit by the increase in value as a result of this extension and who are the beneficial owners of these properties and have they been made to contribute in any way to the cost?

Honourable Prime Minister, as you are no doubt aware, many questions have been laid on the table in the Senate with regard to this matter, and a Resolution tabled by myself in the Senate on April 30th, 2009 (see attached), some six to seven months ago, and there has been no response from you or any member of your Government. This is not the “trust, transparency and accountability” that you and your Government promised the Bahamian people.

We, therefore, encourage you and your Government to stop all work with regard to the relocation of the container port to Arawak Cay until the Bahamian people and Parliament are fully aware of the short and long-term environmental, financial and social implications.

We would be grateful to hear from you at your earliest convenience.

THE COMMITTEE TO PRESERVE AND PROTECT
THE BAHAMAS FOR FUTURE GENERATIONS