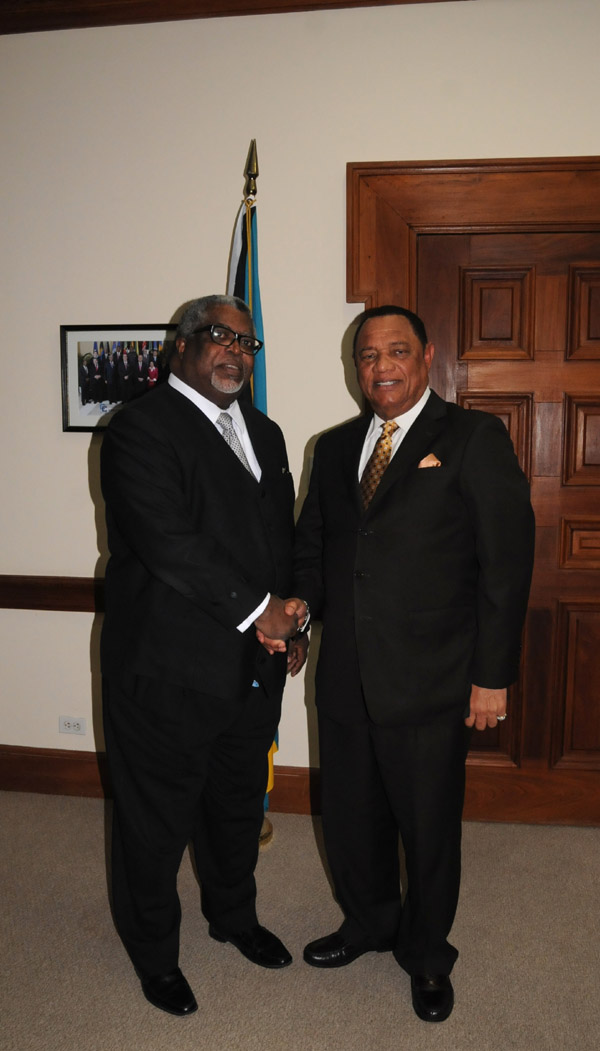 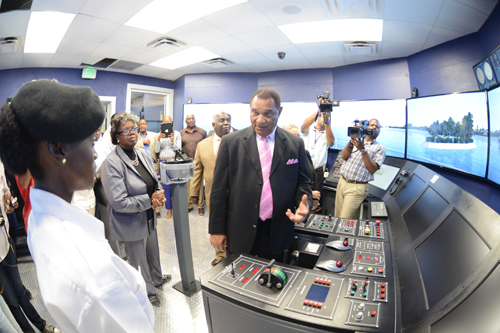 NASSAU, The Bahamas – Prime Minister the Rt. Hon. Perry Christie toured the LJM Maritime Academy, January 23, with the Deputy Prime Minister and Minister of Works the Hon. Philip Davis, the Minister of Transport the Hon. Glenys Hanna-Martin, and other Government officials.  Shown is the Prime Minister speaking with the maritime cadets and viewing the facility at Crystal Cay.   (BIS Photos/Peter Ramsay)