Who are the Principles behind Stellar Waste Bahamas Limited (SWTEB)? NO ONE KNOWS!!!! 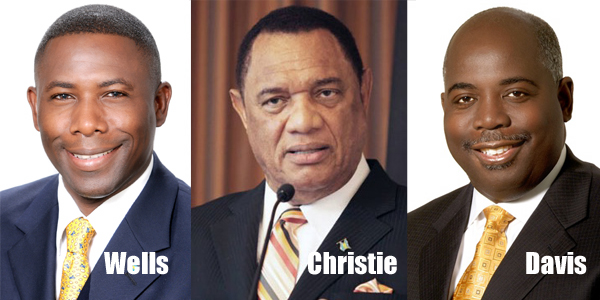 Nassau, Bahamas — The Cabinet met yesterday morning and we all know one of the topics that will be under discussion is the present situation with the Parliamentary Secretary for the Ministry of Works, Renward Wells and a company called Stellar Waste Bahamas Limited by which a letter of intent had placed his signature.

Stellar Waste Bahamas Limited (SWTEB) should be the focus here though. Amidst the noise and questions as to who gave the order and who told Mr. Wells to sign, one must ask the question: what kind of legal team was advising SWTEB when a ‘Letter of Intent’ was returned to them  – VIA MAIL -with the Parliamentary Secretary’s name signed thereon?

The fact is any lawyer worth his/her name on paper representing the company would/should have told SWTEB after the document was returned with an “MP’s Signature” thereon that that could not have been with the blessing of the Government, and thus, the document was not legitimate!

Maybe the legal advisors for SWTEB were untrained; not possessing the knowledge to know that the person with fiduciary responsibly for key investments in the Bahamas sits around a table called the Cabinet! And within that room sits key players of our financial business.

We at Bahamas Press know from experience that as a matter of fact Cabinet Conclusions are required for any financial commitment above Fifty Thousand Dollars [$50,000].

Bahamas Press team on these matters knows full well that, firstly, there must be a Cabinet Conclusion on an investment of the size presented by SWTEB – which was above SIX HUNDRED MILLION DOLLARS [$600,000,000] which is technically three times that of the sale of BTC by the Bahamas Government! After a Cabinet Conclusion on a ‘Letter of Intent’ being committed, The Permanent Secretary sets up the signing process whereby Contract Documents are signed by the Permanent Secretary and the Minister on behalf of the Government Ministry doing the business. This is the process and a standard procedure done on every major deal between the government and private companies engaging such business. Which leave us to wonder why Nassau Guardian never looked at the company presenting them a document?

None of the above was done in the case of the letter between Mr. Wells and SWTEB. Which then causes us to wonder who is behind this company now at the centre of this national controversy? And was this signature by Mr. Wells indeed signed by him?

If it was indeed signed by Mr. Wells – no matter who told him to do so – it warrants his immediate and abrupt resignation.

If it was not indeed signed by the Mr. Wells – seeing that the entire process was a fraud and hoax – then more serious questions must be raised about Stellar Waste Bahamas Limited (SWTEB) and its legitimacy as an entity claiming to do something which experts suggest is near to impossible.

The Minister in this, after learning of the signature by the PS, suggested to the press Mr. Wells had no authority to do so. Mr. Philip Brave Davis was right! Clearly, the Minister, who has Cabinet responsibility to present such matters, was unaware of any such commitment by the Government. We also know the Prime Minister clearly didn’t know about the developments as he called in Mr. Wells to inquire how his hand ended up on such a document.

And if all the above is true [ THAT MR. WELLS DIDN’T SIGN, THE MINISTER DON’T KNOW AND THE PRIME MINISTER WAS WHERE YA PUT ME], then clearly the spotlight must now be placed on the company creating all this ruckus!

And we will stop here for now with just a question: How come the lawyers representing Stellar Waste Bahamas Limited (SWTEB) did not know a signature by Mr. Renward Wells would not have been legitimate on the Letter of Intent – a letter which they took around the world to find capital for their investment? Nothing is Stellar about that!