BP COMMENTS: A sad ending to an extraordinary career – Minister Danny Johnson thrown under the bus!

HOW COULD YOU CUSS THE BAHAMIAN PEOPLE AFTER BEING ON THE PURSE OF THE PEOPLE FOR YEARS?

I pray all is well and this email reaches you in the best of health physically, mentally, spiritually and socially.  Please do not read this letter in a negative tone, however, in a constructive criticism tone, as I have a few thoughts and opinion that I would like to express.  The last year and a half have been a challenge for me on the track but Thank God the World Championship in Moscow despite the DQ was amazing for me on the anchor leg…..despite what the “naysayers” and their negative opinions about me needing to retire, or I am too old , etc.  I have a few choice words for them but I am a lady and God does not encourage that side of me.  Clearly they have no idea about track and no clue what it takes to be an athlete and a champion.  I mention this to say  allegedly that you were indeed one of those naysayers, but the good thing about all this is My Lord had the final say…….I guess He spoke loud and clear. All this reminded me of 1996 Olympics….and clearly enough said about that. I can say proudly that I am indeed one of the best if not THE BEST anchor leg the Bahamas has ever produced for the women’s 4x100m relay.  Lets see..I anchored 1999, 2000, etc and we got gold.  I also anchored 2009 WC and we got silver.  Well, Give God that Glory as it is not mine.  The God I serve never sleeps and HE does not lie.  The problem is that the same people who talk negatively behind ones back are the same ones who smile in your face……I am encouraged to be weary of those “demons”.  How long have I competed for my country?  26 yrs!  Wow that’s a mighty long time…how many time have I gotten hurt?  How many times have I been in top 10 both 100m and 200m?  How many times have I ran amazing on relays and in individual events?  And in the last  year and a half being hurt……the federation has treated me like “crap”.  You have made the recommendation for my subvention to be reduced…and reduced it was.  An athlete of my caliber and reputation…. and I was reduced because I had an injury…”bone bruise” ……..how many times have you personally have send an email or ask how I was doing?  As the president of the BAAA….it’s not just your duty to worry about “Subvention”  ……but also the well beings of the athletes and how they are doing?, to help prove an athlete innocence even when branded “guilty” in a doping issue, to be a federation that is athlete friendly and the list continues.  Remember without the athletes there would be no federation….or competitions etc.  You don’t support us however want our support in return.  Life does not work like that.  Its like cheating on your spouse and expecting him or her to be loyal to you……I don’t think so.  As the old adage goes..”what you give is what you receive”.   I had to find a job as you and the others stated that the “subvention”  should not be the only source of funding.  In saying that because of my job I can only get ready to run in the summer after the collegiate season.  In finding this job it has complicated my time to compete when the collegiate season is going on. They are allowing me to train and get ready for the summer….Since my relay skills are not appreciated and counted as unworthy, I assume that I will not be missed.  I will get the chance to focus on me and prepare for the 100m possible the 200m for the summer to continue to represent my country.… … for “Pride and Country”.

I am very disappointed that Minister  Johnson and his delegates were unable to pay a visit to the athletes in Moscow.  Maybe just to say “the country and the government are behind you one hundred percent”.  In all my years we have never had a minister who  did not pay respect or show encouragement in person…..obviously the minister came to Moscow on behalf of the government, but because of the athletes and what we have done in relays, etc throughout the years.  That’s a big disrespect.  Neither here or there but worth the mention.  And now I am to my final point…..

I ran as a youth from 1988 till present…..representing my Bahamaland with flags held high.  Competed very well with a name clean as a whistle.  I have never taken drugs and never will.  I have exhausted the volunteer community work area and a good role model in the Bahamas and outside.  I am being honored outside my country…….but thats how it is at times.  I can be mean Sir and say with all the events that happen this year with yourself and the executives that in my opinion you should have retired….however you have a plan.  I hope it is a plan to benefit all and not just yourself and a few of the executives.  Remember as men of honour, what we do in the dark always come to light.  I have heard rumors about issues/theft, but I have always come to you and ask you.  Never once said you lied.  I believe you on whatever you quoted.  I have seen and heard some things that personally I do not approved and which of course may or may not be true……Remember as athlete we are held accountable and so should be the same for the BAAA/BOC etc.  I graduated in 1999.  In 1999 there were a handful of athletes that were getting assistance from the government.  Unfortunately as great as I was running I was not one of them.  However apart from Ms Davis gold medal in Sydney 2000 and Ms Darling’s gold in 2004, from 1999 to 2004 there is no one who had a span of successful years in track like I did and yet I was not getting funding while others were.  It took for me to be fed up and in 2004 RIGHT BEFORE ELECTION, I went to the PM at that time and explain the situation.  Of course at the end of that year I was added. What a shame!   And so at this point I am requesting the BAAA to look into this matter seriously as I would like to request my funding owed to me from 1999-2004.  After graduating in 1999 I became eligible to receive funding.  In 1999 both finals at WC in 100m and 200m and gold in relay on the anchor leg.  In 2000 both finals in 100m and 200m  and anchor leg of the 4x100m relay for gold.  In 2001 gold in the 200m, finalist in the 100m, and by the way in 2001 all athletes in the 100m except for myself and Chandra were busted because of drugs.  In 2002 I won 3 gold and set 3 records in the 100m, 200m and 4x100m at the Commonwealth Games in Manchester.  Need I say more?  So the question is WHY WAS I NOT ON THE FUNDING PROGRAM IN THAT PERIOD WHILE OTHERS WHO WERE NOT ON MY LEVEL WERE?  Therefore at this time I am requesting back payments for those years I have not  received a dime.  I would like to request you as the president to deal with this matter at hand.  Waiting for your response as this matter is serious and urgent.  Thank you for your time, patience and understanding in the matter. Speak the truth and it shall set you free.

BP EDITORIAL COMMENTARY: What University would graduate someone producing a letter like this? WHAT IN THE HELL IS DIS? 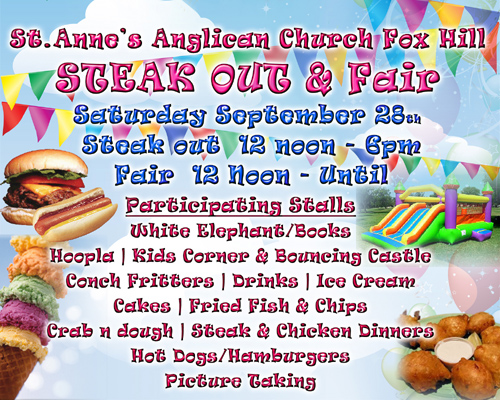