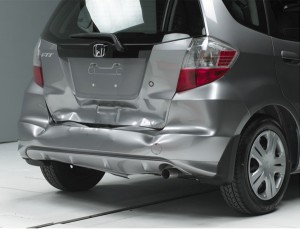 Nassau, Bahamas — Bahamas Press has more on that traffic fatality victim, who died early this morning in a vehicle.

We can report the deceased man is Keith Hamilton, son of Max Hamilton from MT Construction.

Driving in the Honda Fit with Hamilton was his close friend of three years, 40-year-old Kelly McKinney.

McKinney, a nail technician who operates an outlet on Marathon Road, was also injured in that incident.

But what is shocking is this: the deceased was a married man, whose wife was in the US at the time of the accident for a special meeting. There was shock as the community learned the details.

All we say is this: “Boy look here!  Ya don’t know where death is.”

Meanwhile Bahamas Press has more details into that fatality in Grand Bahama involving that female driver.

BP teams on the ground in the northern city tell us that sometime around 10:15am, police received information of a traffic accident on East Grand Bahama Highway.

Reports are that a gray 2002 Hyundai Tucson was observed some thirty feet into the bushes off East Grand Bahama Highway with a lone female occupant who was found lying outside of the vehicle, unresponsive with serious injuries to the head.

Officers from the Traffic Division were called to the scene along with EMS personnel.

The 49-year-old female victim was pronounced dead around 11:20am at the Rand Memorial Hospital.

BP confirms the woman was headed to work in the High Rock area when the incident occurred.